Are Churches More Like Charities or Country Clubs? May 23, 2014 Bob Seidensticker 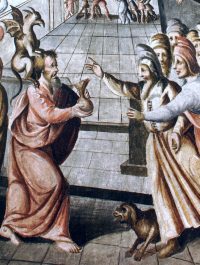 Most churches do good works—soup kitchens, food banks, and so on—so they’re like charities. But they also provide a social benefits like a country club. Is a church more like a charity or a country club?

Let’s look at the financial statements of organizations that are clearly charities. The American Red Cross has an annual budget of $3.3 billion. Of this, 92% goes to program services, with the rest going to “management and general” and “fundraising.” Or Save the Children—91% of its $450 million budget goes to program services. Or World Vision—85% of $1 billion. Or the Rotary Club of Eagle Grove, Iowa—100% of $3.3 million.

Organizations that help the disadvantaged are just one kind of nonprofit. The ACLU (86% of $70 million) defends individual rights and liberties. Or, for an organization on the other side of the political aisle, take the Alliance Defense Fund (80% of $32 million).

Surely many country clubs host bake sales for good causes, organize projects that help charities, or even donate money, but let’s assume that the good works done to society by country clubs amounts to a few percent of income or less. We have 80 to 100% of revenue going to good works for regular nonprofits vs. (say) 2% for country clubs—that’s why donations to nonprofits are tax exempt and dues to country clubs are not.

How do churches compare? The short answer is, we don’t know. With very few exceptions, the financial statements of churches and religious ministries are not available to the public.

Pulling back the curtain

But there are estimates. For example:

Every year churches collect some $100 billion in donations. But most donors do not know that the average congregation in the U.S. gives only two percent of donated money to humanitarian projects. Some 98% goes to pay staff, upkeep of buildings, the priest’s car, robes, salary and housing.

This came from Roy Sablosky. But he’s on the board of the American Humanist Association of Greater Sacramento. Might he be biased?

Christianity Today is another source. A survey gave this breakdown of the average church budget: 43% for salaries, 20% for facilities (mortgage, etc.), 16% missions, 9% programs, 6% administration and supplies, 3% denominational fees, 3% other.

So where is the money to good works? Presumably “missions” includes this, but this is a nebulous category. A dollar spent on the First Baptist Church soup kitchen can fairly be counted as a charitable expense, but the dollar spent supporting a missionary doesn’t.

That estimate of 2% to humanitarian projects may not be too far off.

These survey numbers are suspect in my mind because less than a quarter of the 1,184 surveys were returned. Did churches who were embarrassed by their numbers—perhaps the fraction devoted to salaries or facilities was even higher—not bother to respond? I’d like to have more reliable numbers, but when they’re kept secret, we simply don’t know.

Why are the books closed?

What are churches embarrassed about that they need to make up excuses to avoid showing how they spend their tax-exempt donations? Again, it’s hard to tell. But there are estimates:

The January 2011 issue of the International Bulletin of Missionary Research reported that Christian religious leaders will commit an estimated $34 billion in financial fraud in 2011.

(I presume that’s worldwide, not just in the U.S.) And that’s just fraud. The money going to inflated salaries, lavish living, and other embarrassing expenses may be a far larger amount.

There are groups within Christianity that are also working on financial transparency. For example, MinistryWatch said,

We wish Senator Grassley success in his quest for the truth [in his investigation of six high-profile televangelists]. It is time for these televangelists to come clean; otherwise it could seem that they are running nothing more than money laundering schemes in the name of Christ.

But MinistryWatch has an uphill battle. They’re told by fellow Christians that it’s not right for anyone to judge, that it’s not Christian to be critical, that examining a ministry shows distrust in God, and that they should focus on God and not the works of man.

But shouldn’t churches be on the forefront of modeling what’s right within society? When pastors enumerate all that’s bad with American society today, the list should include the financial secrecy of their own organization.

The overseer must be above reproach as God’s steward
— Titus 1:7 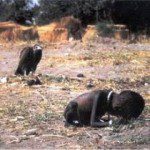 May 26, 2014 10 Questions Christians Must Answer
Recent Comments
24 Comments | Leave a Comment
Browse Our Archives
get the latest from
Cross Examined
Sign up for our newsletter
POPULAR AT PATHEOS Nonreligious
1