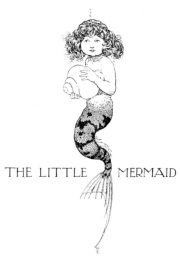 I’ve posted before about some modern-day Christian parables. Here are two more.

Ah, for the good old days when biblical parables made a compelling point! These are pretty weak. If you come across more, let me know.

I heard this one on the radio.

A man goes into his pastor’s office. “I’ve got money problems,” he says. “I try to give what God commands of me, but I’m having a hard time making ends meet. At the end of the month, there are still bills to pay.”

The pastor says, “What if you did what God commands of you and then, at the end of the month, you bring any bills that aren’t covered to me and I’ll pay them. Would you do that?”

“That’s not the question,” said the pastor. “If I agreed to pay the extra bills, would you do that?”

The pastor said, “Isn’t it odd that you’d trust a frail human like me when you wouldn’t trust God, the all-powerful creator of the universe to help you with your problems …” and blah, blah, blah about how fabulous God is and all the stuff that he’s done for us.

If you’re already drinking the Kool-Aid, this one might hit home, but it does nothing as an argument for Christianity. And the pastor is making a very testable claim—almost a science experiment. He’s all but quoting Jesus:

Consider the lilies, how they grow: they neither toil nor spin; but I tell you, not even Solomon in all his glory clothed himself like one of these. But if God so clothes the grass in the field, which is alive today and tomorrow is thrown into the furnace, how much more will He clothe you? You men of little faith! (Luke 12:27–8)

My advice: test this pastor’s claim. I wouldn’t hold my breath for verifiable results.

“Celestial Mechanics in the Bible”

I first heard the next story decades ago.

In the early days of the space program, NASA scientists were checking the position of the sun, moon, and planets to make sure that they could safely put up satellites. They checked thousands of years in the future and the past, but the computers ground to a halt. The problem was a missing day in elapsed time. They rechecked their data and the software, but the problem wouldn’t go away.

Puzzling over the problem, one scientist said, “You know, I remember a story from Sunday school. Something about God making the sun stand still so that Joshua could win a battle. Could that be it?”

The scientists were skeptical, but they found a Bible. With a little searching they found Joshua 10:12–13. “The sun stopped in the middle of the sky and delayed going down about a full day.” With a little calculation, they found that this accounted for 23 hours and 20 minutes. They were much closer but were still stuck. They had to resolve that last 40 minutes.

The other scientists looked expectantly at the one with the Sunday school story. “Well, I remember another story,” he said. All eyes were on him. “Something about the sun going backwards.”

There were a few chuckles, but they got out the Bible again and found 2 Kings 20:8–11, where King Hezekiah asked God for a sign, that the sun move backwards ten degrees. Ten degrees out of 360 degrees in a circle—that is, 1/36 of a day. In other words, exactly 40 minutes!

The scientists plugged in this information, and, sure enough, the calculations ran smoothly.

Ooh—let me guess the moral! Modern science needs to get its guidance from the Bible. (Did I get that right?)

Well, Mr. Smarty Pants Scientist—looks like the Goliath of Science has been defeated by the David of Christian Truth!

Despite its longevity and popularity—this story originated in a 1936 book by Harry Rimmer and was popularized by a 1974 book by Harold Hill—it’s bogus. NASA even had to issue a press release denying the popular story.

There are lots of red flags. Even if God had stopped the sun 3000 years ago, there is no way to deduce that from information available to astronomers today, so the entire premise is flawed. And let’s not even speculate at what “stopping the sun” (that is, stopping the rotation of the earth) would’ve done. Concluding 23 hours and 20 minutes from “about a full day” is wishful thinking, and the ten degrees is more properly translated as “ten steps”—an angle based on local instrumentation that we can’t reproduce.

I know what you’re thinking: why waste time on this ridiculous tale? It’s because there are people who believe it.

As usual, imagining that the Bible’s miracle stories really happened takes us to nowhere that can be scientifically justified.

Do unto others 20% better than you would expect them to do unto you,
to correct for subjective error.
― Linus Pauling

May 7, 2014
Is This a Powerful New Apologetic Argument?
Next Post

May 12, 2014 Greece v. Galloway: How This Will Play Out
Recent Comments
64 Comments | Leave a Comment
Browse Our Archives
get the latest updates from
Cross Examined
and the Patheos
Nonreligious
Channel
POPULAR AT PATHEOS Nonreligious
1