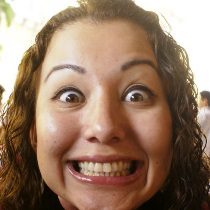 Tom Gilson was provoked to produce his recent book on apologetics because of the 2012 Reason Rally (which I attended). He demands: Why allow the atheists to seize control of the word “reason”?

He said, “The atheists claim to be the party of reason, but they don’t do it that well. Christianity on the other hand has a strong claim to be reasonable and based in reason.”

Christians are genuinely deeper, more thoughtful people than unbelievers are because Christians do wrestle with and think about these very profound, ultimate questions. … We do encourage hard thinking and self-reflection.

We’re off to a good start. Christians embrace reason, and Christians are eager to wrestle honestly with tough questions their faith raises.

Let’s turn to Craig’s book, Reasonable Faith to see if Craig continues as the strong advocate of reason.

Should a conflict arise between the witness of the Holy Spirit to the fundamental truth of the Christian faith and beliefs based on argument and evidence, then it is the former which must take precedence over the latter. (Reasonable Faith, Third Edition, 48)

Record scratch. The “witness of the Holy Spirit” beats reason? Dr. Craig seems eager to parrot support for reason when pressed, but his true evaluation gives it a secondary role. More from Craig:

It is the self-authenticating witness of the Holy Spirit that gives us the fundamental knowledge of Christianity’s truth. Therefore, the only role left for argument and evidence to play is a subsidiary role. (Reasonable Faith, 47)

Why bother showing the grounding of his belief? That’s hard work, so he just assumes it—he declares it self-authenticating.

We do find some rationalization for this position:

It seems to me inconceivable that God would allow any believer to be in a position where he would be rationally obliged to commit apostasy and renounce Christ. (Source)

Wow—the guy’s got two doctorates and this is what he comes up with? Just assume God and fit the facts to that assumption?

Even [people] who are given no good reason to believe and many persuasive reasons to disbelieve have no excuse, because the ultimate reason they do not believe is that they have deliberately rejected God’s Holy Spirit. (Reasonable Faith, 50)

Did you see that coming? That’s impressive blame shifting—now it’s the atheist’s fault! Craig elaborates with an analysis of their motivations:

When a person refuses to come to Christ, it is never just because of lack of evidence or because of intellectual difficulties: at root, he refuses to come because he willingly ignores and rejects the drawing of God’s Spirit on his heart. No one in the final analysis really fails to become a Christian because of lack of arguments; he fails to become a Christian because he loves darkness rather than light and wants nothing to do with God. (Reasonable Faith, 47)

Aha—so I love darkness. Got it.

William Lane Craig has plenty of company in Crazy Town. Are you a Christian who needs a pat on the head and assurance that you’ve backed the right horse? You can check your reason at the door, believe whatever the pastor tells you, and have confidence that you’re right.

An appeal for reason

But the Bible makes clear that Jesus intended his miracles to be evidence of his claims. He said, “Do not believe me unless I do the works of my Father. But if I do them, even though you do not believe me, believe the works.” Demanding evidence is actually biblically supported.

[The White Queen said:]
“When I was younger, I always did it for half an hour a day.
Why, sometimes I’ve believed as many as
six impossible things before breakfast.”
— Lewis Carroll, Through the Looking Glass 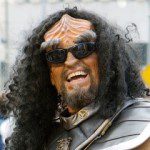