Superman and Jesus: More Similar than You Might Imagine

Superman and Jesus: More Similar than You Might Imagine June 11, 2014 Bob Seidensticker 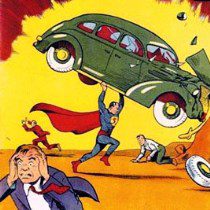 Robert M. Price is both a biblical scholar and a critic of popular culture, and he is well qualified to compare two super-powered heroes who came to earth from another place, Jesus and Superman. One of his Bible Geek episodes compares these two superheroes and finds more similarities than you might expect.

You could argue that Superman is a Christ-like figure, but that’s not the topic here. Rather, the techniques Christian apologists use to conclude that the Christ story is historical would also lead historians to a similar conclusion about Superman.

Sifting out the historical core

There are Superman comics, radio shows, TV shows and cartoons, movies, and even novels and video games over a 75-year span, and the stories aren’t always consistent. Suppose a future historian is trying to make sense of this and decides to select just the uncontested facts. These might be: Superman comes from Smallville, was strong enough to lift a car, disguised himself as reporter Clark Kent, and so on. In the Superman canon, nothing contradicts these claims, so they must be historical, right?

Gary Habermas is well known for his minimal facts argument, that with just a handful of facts accepted by relevant scholars, the resurrection of Jesus is the obvious conclusion. (I’ve written more on this argument here.)

Or take the Testimonium Flavianum, the passage in the writings of first-century historian Josephus that gives a flattering account of Jesus. This is unlike anything a Jew like Josephus would write, and even many conservative scholars agree it isn’t authentic. Instead of rejecting it as an obvious forgery, however, they are determined to salvage what they can and imagine a toned-down original by Josephus that they can declare as historical. (More here.)

If we take the comics as gospel, what extra-comical evidence is there for Superman? Plenty, given the numerous radio and TV series, movies, and other media. Indeed, Jimmy Olsen first appeared in a radio show to give Clark Kent or Superman an excuse to explain what he’s thinking. There are countless instances where Superman is referenced by journalists or ordinary citizens. For example, fans might debate whether a new story line is canonical or heretical.

We see the same thing in Christian apologetics. Some writings were declared heretical, like the writings of Marcion. Some books are canonical in some churches but not in others. For example, 1 and 2 Maccabees are canonical in the Catholic Church but not in Protestant churches. Apologists point eagerly to meager mentions of Christianity in the works of first- and early second-century historians.

Superman originated with high school students Jerry Siegel (writer) and Joe Shuster (artist), but the entire canon is the result of many hands—other comic writers and artists, TV and movie screenwriters, radio scriptwriters, and more. Plot holes, logical flaws, and other errors are inevitable with so many contributors. The Google search “Superman continuity errors” returns a quarter million hits.

More serious are the deliberate changes. For example, everyone on Superman’s home planet of Krypton originally had super powers, but later the earth’s yellow sun gave those powers to only Clark Kent. And is Superman super just as a man, or also as a teen, a boy, or a baby? Some projects reboot Superman, preserving the broad outline without being constrained by details in previous incarnations.

The Bible is also the work of many hands. However, unlike Superman, whose story spans less than a century, the Bible spans a millennium—more if you consider the oral history from which it arose.

As with Superman, there are many contradictory versions of Jesus. The biblical solution was to drop the inconsistent versions, and the writings of the Marcionites and Gnostics didn’t make the cut. Later contributions by Mohammed and Joseph Smith weren’t included either.

Though the books of the Bible were selected to satisfy a narrow orthodoxy, we still see the shadow of these inconstancies. For example, does post-resurrection Jesus have a spirit body (Luke 24:31) or a physical body (eight verses later)? How can Jesus go to “Paradise” with the thief on the day of his death according to Luke when Acts says he remained on earth for 40 days? Another example: Paul’s ideology conflicted with the stricter views of the James/Peter sect, and he documents this struggle in Galatians 2:11–21.

Superman is drawn from other super-savior myths of the time, and the borrowing can be obvious. For example, you probably know of Superman’s Fortress of Solitude in the Arctic, but Doc Savage also had a Fortress of Solitude in the Arctic, and his first name was also Clark. Doc Savage (née 1933) is the Man of Bronze and Superman (1938) is the Man of Steel.

Captain Future (1940) is The Man of Tomorrow; so is Superman.

The girlfriend of The Shadow (1930) was Margo Lane; Superman’s was Lois Lane.

Likewise, we see plenty of examples in the Bible that draw from prior traditions from civilizations in the region.

Using the techniques of Christian apologists, future Kentites would be justified in their belief. Or, if that logic is flawed and a historical Superman is ridiculous, the same is true for the gospel story.

On the face of it, the Superman story is far more plausible than the Jesus story. Superman is an intelligent being who lived on a planet, and we understand that since that’s what we are. Superman got here with technology, and we understand that, too—we have a limited ability to travel through space ourselves. But Jesus? We have zero universally acknowledged evidence of a supernatural anything.

Another important difference is that Superman saves people whether they believe in him or not.

Two possibilities exist:
either we are alone in the universe or we are not.
Both are equally terrifying.
— Arthur C. Clarke

June 9, 2014
A “Personal Relationship” With Jesus? Let’s Test That.
Next Post 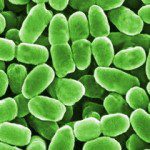