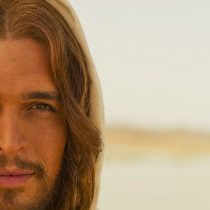 What Would Jesus Do?

The WWJD acronym became popular in the nineties as a way to imagine Jesus approaching a particular problem or opportunity. Would Jesus smoke that joint? Would he skip his homework? Would he stop to help that person? Many young Christians wore a WWJD bracelet to keep the question in mind.

Pick any contentious social issue—abortion, same-sex marriage, gun rights, euthanasia, our obligations to the needy, and so on—and you’ll have millions of thoughtful Christians taking each of the many contradictory positions.

What good is it?

WWJD is a useless slogan because it’s ambiguous. It’s a synonym for “In your most moral frame of mind, what would you do?” The Jesus of the Bible is a ventriloquist’s dummy who says whatever you want him to say.

BOB: Say Jesus, I was thinking of putting a little extra in the offering plate on Sunday for the food bank.

JESUS (in squeaky voice): Good thinking, Bob! After all, “Thou shalt love thy neighbour as thyself.”

BOB: And speaking of church, I thought that Frank from across the street was a decent guy until I found out that he’s a Mormon. I think I should give him the silent treatment from now on.

JESUS: You’re right there, Bob! Remember that “I am come to set a man at variance against his father, and the daughter against her mother.”

The problem is pretending that Jesus really is feeding you lines. Dropping this pretense may feel like tightrope walking without a net, but “Jesus” in this case is just a synonym for “conscience.”

If “WWJD” were to become a synonym for “use your best judgment to find the most moral solution to society’s problems,” what’s not to like?

Two hands working
can do more than a thousand clasped in prayer.
— Unknown

May 31, 2014
Ten Commandments Have no Role in Public
Next Post