Why the Gospel of Mark Is Likely NOT an Eyewitness Account

Why the Gospel of Mark Is Likely NOT an Eyewitness Account August 1, 2014 Bob Seidensticker 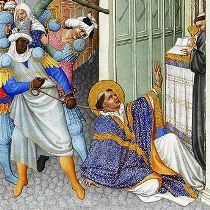 The short answer is because Papias (< 70 – c. 155) said so. Papias was a bishop and an avid documenter of oral history from the early church. His book Interpretations was written after 120 CE.

Jesus died in 30, Mark was written in 70, and Papias documents Mark as the author in 120 (dates are estimates). That’s at least 50 years bridged only by “because Papias said so.”

Looking through the wrong end of the telescope

But how do we know what Papias said? We don’t have the original of Papias, nor do we have a copy. Instead, we have Church History by Eusebius, which quotes Papias and was written in 320.

And how do we know what Eusebius said? The oldest copies of his book are from the tenth century, though there is a Syriac translationfrom 462.

Count the successive people in the claim “Mark wrote the gospel of Mark, which documents an eyewitness account”: (1) Peter was an eyewitness and (2) Mark was his journalist, and (3) someone told this to (4) Papias, who wrote his book, which was preserved by (5) copyist(s), and (6) Eusebius transcribed parts of that, and (7) more copyist(s) translated Eusebius to give us our oldest manuscript copy. And the oldest piece of evidence that we can put our hands on was written four centuries after Mark was written.

The sequence of people could have been longer still; we simply don’t know. Papias was the bishop of Hierapolis, in western Asia Minor. Mark might have been written in Syria, and no one knows how long the chain of hearsay was from that author to Papias. No one knows how many copyists separated Papias from Eusebius or Eusebius from our oldest copies.

It gets worse. Eusebius didn’t think much of Papias as a historian and said that he “seems to have been a man of very small intelligence, to judge from his books” (Church History, book III, chapter 39, paragraph 13). Evaluate Papias for yourself: he said that Judas lived on after a failed attempt at hanging and had a head swollen so large that he couldn’t pass down a street wide enough for a hay wagon. Who knows if this version of the demise of Judas is more reliable than that in Matthew, but it’s special pleading to dismiss Papias when he’s embarrassing but hold on to his explanation of gospel authorship.

Even Eusebius’s Church History is considered unreliable by modern scholars.

The story is similar for the claimed authorship of Matthew. A twist to this story is that Papias said that Matthew wrote his gospel in Hebrew (or perhaps Aramaic), which makes no sense since Matthew used Mark, Q, and the Septuagint Bible, all Greek sources.1

The other gospels besides Mark

What about the other gospels? That evidence comes from other documents with simpler pedigree but later dates.

Evidence arguing that the gospels document eyewitness accounts is paltry. Perhaps only faith will get you there. 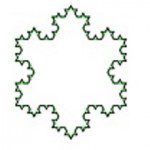