Yes, Biblical Slavery Was the Same as American Slavery (2 of 2)

Yes, Biblical Slavery Was the Same as American Slavery (2 of 2) August 27, 2014 Bob Seidensticker 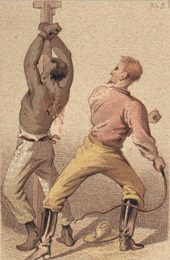 In part 1, we looked at the popular Christian notion that biblical slavery was a benign form of servitude, quite unlike American slavery. In fact, it turns out that they were almost identical.

Now, let’s look at a companion article by the same author, “Why Would God Have Permitted Any Form of Servitude or Slavery?” Christian Jim Wallace focuses on the New Testament this time to try to salvage God’s reputation.

Let me again start with a positive observation. Wallace didn’t appeal to a popular but flabby apologetic, that the difficulties in our lives here on earth will count for nothing in the grand scheme of things. In other words, finite difficulties ÷ an infinite afterlife in heaven = nothing to complain about. Paul said, “Our present sufferings are not worth comparing with the glory that will be revealed in us.”

So you lived in barbaric conditions as a slave? Big deal. A trillion years from now as you’re helping yourself to hors d’oeuvres at heaven’s all-you-can-eat buffet, that life will be an insignificant memory.

As our own appetizer, let’s dismantle this argument. Compare it with an analogous situation: you and I are arguing, and I get so frustrated that I punch you in the face. After a moment to collect myself, I realize that I’ve made a mistake, so I offer you a million dollars in compensation. You accept and promise not to press criminal charges.

Yes, you’ve received lavish compensation, but of course the injury was still wrong. Compensation acknowledges the injury; it doesn’t erase its existence.

The same is true for the fate God gives you. Trying to dilute the Problem of Evil (why would an all-good God permit the evil that we see all around us?) with the infinite time of heaven doesn’t get God out of his moral jam.

And, of course, this simply presupposes God and selects the facts to support that position rather than looking at the facts to see if they support the claim of God’s existence.

Slavery, according to Wallace, is spiritual sandpaper.

So God used slavery without approving of it? Let’s test that with another institution. The book of Proverbs admonishes merchants to use fair weights and measures—four separate times, in fact. For example, “The Lord detests differing weights, and dishonest scales do not please him” (Prov. 20:23). Does this mean that God uses the wicked institution of commerce without approving it? There’s no evidence to imagine this. A smart guy like God who spoke the very universe into existence, who drowned the world for its wickedness, and who demanded the death penalty for breaking his commandments wouldn’t feel shy about making his feelings known about human institutions. His regulation of commerce makes clear that he approves of it when correctly done, and his many rules about slavery—nicely documented in Wallace’s previous post—make clear that he approves of that, too.

I’m sure Wallace disapproves of slavery, and so do I, but there’s no justification for reading our own morality into the Bible. Let it speak for itself.

Wallace tries another gambit. He argues that God’s focus is at the individual level, not the societal level. Sure, slavery was bad, but so what? Society’s problems aren’t on God’s radar.

God can (and has) used what is clearly evil at a societal level to accomplish something beneficial at an individual level.

And what’s “clearly evil”? We moderns agree that slavery is evil, but you’re reading your own morality into the Bible if you see that there.

Overturning slavery in the time of Jesus?

The Bible does reflect God’s desire to seek the end of slavery, but it does so one heart at a time.

Fail. Don’t say that God doesn’t like slavery when there is no evidence for this. Don’t imagine your own morality coming from God.

The Roman Empire had 60 million slaves living amongst its citizenry. To call for an end of slavery in this culture and context would have resulted in mass murder and civil war.

God is magic, remember? If God wanted a different world—one with a healthy Roman economy not supported by slavery, say—he could make it. To imagine God constrained by mankind’s social institutions is to imagine a puny God.

The shackles that hold God back

Wallace also asks us to “remember the cultural context of the ancient world.” But can God be constrained by the social conditions of the moment? God didn’t feel bound by the status quo when he introduced the Ten Commandments, with the death penalty backing most of them. Whether it was convenient or not for picking up sticks on the Sabbath to suddenly become a capital crime (Num. 15:32–6) didn’t bother God.

It would be …  unfair to judge God based on what we think God should do about slavery.

What do we do then? What do we make of this conflict between the obvious wrongness of slavery and the obvious support of slavery in the Bible? Should we just presuppose God and then figure that he has his own good reasons for acting in a way that, in any other situation, you’d call “immoral”? Or should we drop any special pleading and evaluate the Bible as we would any other claimed moral source?

The problem for Wallace is that if you evaluate the Bible, you’ll find no baby. It’s just bath water.

I would rather have a mind opened by wonder
than closed by belief.
— Gerry Spence

August 25, 2014
Yes, Biblical Slavery Was the Same as American Slavery
Next Post 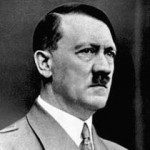 August 29, 2014 Ray Comfort’s Anti-Abortion Video “180”
Recent Comments
1,611 Comments | Leave a Comment
Browse Our Archives
get the latest from
Cross Examined
Sign up for our newsletter
POPULAR AT PATHEOS Nonreligious
1