Making Sense of “Survival of the Fittest”

Making Sense of “Survival of the Fittest” September 20, 2014 Bob Seidensticker 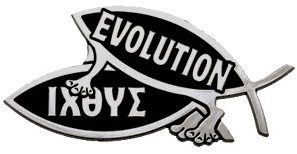 The term “survival of the fittest” did not initially come from Charles Darwin’s Origin of Species, though later editions did use it. It was first coined by Herbert Spencer after he read Origin.

While a convenient phrase, it can be confusing. “Fit” in biological terms doesn’t mean what we commonly think (strong, quick, or agile, for example) but refers to how well adapted an organism is for an environment. Think of it as puzzle-piece fit, not athlete fit. Shortly after Origin, one commenter recommended “fittedness” instead of “fitness,” which might make a clearer mental image.

Creationists sometimes use the phrase to mean that might makes right or that the most savage or ruthless or selfish will survive. On the contrary, rather than might makes right, cooperation can be the better approach. This is the case for social animals like humans and other great apes. And even if evolution has some bloodthirsty aspects to it, how does that change whether it’s an accurate theory or not?

Although the phrase conjures up an image of a violent struggle for survival, in reality the word “fittest” seldom means the strongest or the most aggressive. On the contrary, it can mean anything from the best camouflaged or the most fecund to the cleverest or the most cooperative. Forget Rambo, think Einstein or Gandhi.

What we see in the wild is not every animal for itself. Cooperation is an incredibly successful survival strategy. Indeed it has been the basis of all the most dramatic steps in the history of life. Complex cells evolved from cooperating simple cells. Multicellular organisms are made up of cooperating complex cells. Superorganisms such as bee or ant colonies consist of cooperating individuals.

Creationists sometimes twist Darwin’s The Descent of Man to argue that he favored eugenics. Darwin’s damning paragraph said, in part, “hardly anyone is so ignorant as to allow his worst animals to breed.” In the first place, whether Darwin ate babies plain or with barbeque sauce says nothing about whether evolution is accurate or not. In the second place, the very next paragraph clarifies Darwin’s position about denying aid to the helpless.

Nor could we check our sympathy, even at the urging of hard reason, without deterioration in the noblest part of our nature.

“Survival of the fittest” is a handy description of natural selection as long as all parties understand what it means.

Blogs are the opium dens of the 21st century.
— commenter Asmondius