The Hypothetical God Fallacy + The Problem of Evil 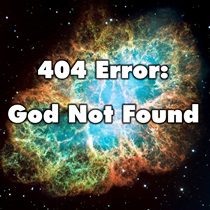 This is the conclusion of a response to an article about the Problem of Evil by apologist Mikel Del Rosario (read part 1 of this response here).

2. The Problem of Evil Doesn’t Mean There’s No God

The Christian worldview gives us another option that atheists often leave out of the equation. … God can have good reasons for allowing evil—even if we don’t know what those reasons are.

This error is so common that it needs a name, so I’ll name it: the Hypothetical God Fallacy. Sure, if we presuppose an omniscient God, this gets us out of every possible jam in which God looks bad. Banda Aceh tsunami? God could’ve had good reasons. A young mother, beloved in her community, dies suddenly and leaves behind a husband and three children? A result of God’s good reasons. Genocide demanded and slavery accepted in the Old Testament? World War? Plane crash? Missing keys?

This short article is peppered with this fallacy. React to it as an allergen:

If God is good and evil exists …

The mere fact that I can’t figure out why God allows some of the things to happen that he does … is not warrant for the conclusion that he’s got no such reasons.

It actually takes some humility to admit the role of human finiteness in understanding why God allows evil.

Just because something might seem pointless to us, doesn’t mean God can’t have a morally justified reason for it.

Yes, bad things in the world don’t force the conclusion that God can’t exist. Fortunately, I don’t draw such a conclusion. And yes, if God exists, he could have his reasons for things that we don’t understand.

If God exists, he could have terrific reasons for why there’s so much gratuitous evil in the world. The same could be true for the Invisible Pink Unicorn (glitter be upon Him). Neither approach does anything to support a belief chosen beforehand.

3. The Problem of Evil Isn’t Just a Christian Problem

The Problem of Evil isn’t just a Christian problem. Evil is everybody’s problem!

Then you don’t know what the Problem of Evil is, because it is precisely just a Christian problem. The Problem of Evil asks, How can a good God allow all the gratuitous evil we see in our world? Drop the God presupposition, and the problem goes away.

You could ask the different question, How does an atheist explain the bad in the world? Quick answer: shit happens. Some is bad luck (mechanical problem causes a car accident), some is natural (flood), some is caused by other people (jerky coworker badmouths you to the boss and you don’t get the promotion), and some is caused by you (you didn’t bother getting the flood insurance). Adding God to the equation explains nothing and introduces the Problem of Evil so that you’re worse off than when you started.

If atheism is true, there’s no basis for objective moral values and duties.

Del Rosario stumbles over another issue with morality.

You couldn’t have any kind of real, moral grounding to call it objectively evil—if atheism is true.

He’s using “real” to mean ultimate or objective. And here again, the ball’s in his court to convince us of his remarkable claim that objective morality exists and that everyone can access it. (Suggestion: find a resolution to the abortion problem that is universally acceptable. If there’s not a single correct resolution then it’s not an objective moral truth, and if we can’t reliably access it, then it’s useless.)

As for the ordinary, everyday sort of moral grounding, the kind that both Christians and atheists use, you’ll find that in the dictionary. Look up “morality,” and you’ll read nothing about objective grounding.

We have one final challenge:

The atheist position’s got another problem to deal with: The Problem of Good. In other words, naturalism has the challenge of providing a sufficient moral grounding for goodness itself—in addition to making sense of evil in the world. And that’s a pretty tall order for a philosophy with absolutely no room for God.

What’s difficult? We’re good because of evolution. We’re social animals, like wolves and chimpanzees, so we have cooperative traits like honesty, cooperation, sympathy, trustworthiness, and so on.

The God hypothesis adds nothing to the conversation, and we must watch out for it being smuggled in as a presupposition. And we’re back where we started from, wondering where the good Christian arguments are.

You don’t need religion to have morals.
If you can’t determine right from wrong
then you lack empathy, not religion.
(seen on the internet) 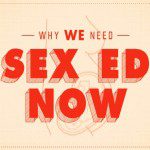 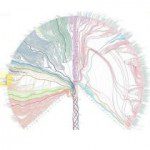 September 10, 2014 WHAT God? Religion Keeps Not Finding Him.
Recent Comments
695 Comments | Leave a Comment
Browse Our Archives
get the latest from
Cross Examined
Sign up for our newsletter
POPULAR AT PATHEOS Nonreligious
1