Having Lost the Same-Sex Marriage Fight, What Will Opponents Do Now? (2 of 2) 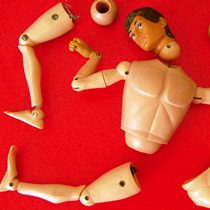 I summarized the abrupt about-face we’ve seen on the same-sex marriage issue in Part 1. Let’s continue with a thought experiment I posed to the Christian opponents of same-sex marriage as they reorganize behind the demand that they be allowed to deny service to same-sex couples.

Discriminate against a gay couple? How about against a mixed-race couple? Would that be justified as well?

No, sexual orientation and ethnicity are both part of what you are.

Sure, a homosexual could choose to remain celibate. So could you, Mr. Christian. If that would be an outrageous imposition on you, why impose it on someone else? Consensual safe sex causes no more harm if it’s homosexual rather than heterosexual.

Response 2: “You keep playing the race card. But the way blacks were treated is much different that the way the gays are treated. Blacks were slaves, weren’t allowed to vote, were forced to use separate facilities, etc. That’s not what’s happening to gays. They aren’t being enslaved or having their freedoms taken away. Quite frankly, it’s an outlandish and offensive example.” Source

(And bonus points for the outrage! Wow—who’s taking the moral high road now?!)

No one claims that the oppression of African Americans was the same as injustices done to homosexuals; the point is that they’re both injustices.

“No one talks about same-race marriages. Why? Because it’s irrelevant. Race has no bearing on marriage.”

Agreed, but you’re able to say that only because American Christians have moved on. That wouldn’t have been true just a few decades ago. Consider the original conviction that became the landmark 1967 Loving v. Virginia Supreme Court case that overturned state and local laws against mixed-race marriage in the U.S. The trial judge in the original case gave a clear biblical foundation for the moral error of mixed-race marriage:

Almighty God created the races white, black, yellow, malay and red, and he placed them on separate continents. And, but for the interference with his arrangement, there would be no cause for such marriage. The fact that he separated the races shows that he did not intend for the races to mix.

Remember the xkcd graph discussed in Part 1. When mixed-race marriage was legalized nationwide in 1967, most Americans disapproved. Yes, race has no bearing on marriage, and yes, no one talks about it anymore, but that wasn’t the case just a few decades ago.

Response 4: Oh, come on—this is a red herring. No one opposes interracial marriage. That’s not the official view of any major religion. Same-sex marriage, however, is widely rejected by religious authorities.

This is just a bandwagon argument—lots of people and authorities think my way, so you should adopt it. If popularity were the issue, the rapid about-face we’ve seen in polls should shut down this issue. But it’s not. The Bill of Rights was added to the Constitution to avoid the tyranny of the majority over a minority.

The fact remains that “My honest religious beliefs prohibit me from serving an X couple” applies whether X is “same-sex” or “mixed-race.” The logic of your argument allows both options. I’m simply rubbing your nose in it—if you don’t like the consequences of your argument, drop it.

Response 5: “Race is irrelevant to marriage while gender is essential to it. There is nothing wrong with interracial marriages because men and women are designed for one another and can procreate regardless of their racial background.” — Frank Turek

Ah, the “marriage = procreation” argument—an oldie but a goodie! I wonder if that’s all Turek gets out of the marriage vows. “I promise to be your faithful partner in sickness and in health, in good times and in bad, in joy as well as in sorrow,” doesn’t sound like “Make babies!” to me.

It’s easy to smoke out these Christians’ true opinions on the subject. Ask these opponents of same-sex marriage why a straight couple should get married instead of living together, and the procreation argument goes out the window, replaced with profound thoughts about love and commitment—precisely the reason same-sex couples want to get married.

Before you make the “but marriage has been one man plus one woman since Day 1!” argument, consider the many odd and unpleasant kinds of hookups recognized by the Old Testament.

And now we have the slippery slope argument. Do bigamy, polygamy, bestiality, incest, or pedophilia cause harm? If so, then you see the difference between Santorum’s fevered, straight-laced imagination and the issue at hand. Consensual, safe gay sex causes no more problem than consensual, safe straight sex.

And don’t imagine that marriage has had one definition since forever. Society has changed it many times (more).

[Gay sex] destroys the basic unit of our society.… Whether it’s polygamy, whether it’s adultery, whether it’s sodomy, all of those things, are antithetical to a healthy, stable, traditional family.

Sounds like we’ve devolved into the “gay sex is icky” argument. Hey, Senator, if you don’t like gay sex, don’t have any. Problem solved.

Conservative Christians, you’re seriously telling me that there’s such an abundance of love in the world that you can get in the way of homosexuals who only want the marriage that you’ve got? Aren’t there enough actual problems in the world that we can work on instead?

Drop the petulant, backwards-looking attitude. Your mistake was letting politicians lead you around by the nose, and they led you into an indefensible dead end. The next time politicians buzz around like flies and tell you that the sky is falling, tell them to take a hike. Tell them that you’re able to figure out social issues on your own.

I stayed because my pastor told me that God hates divorce.

It didn’t cross my mind that God might hate abuse, too.
— Beverly Gooden 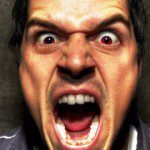 October 27, 2014
Having Lost the Same-Sex Marriage Fight, What Will Opponents Do Now?
Next Post