Having Lost the Same-Sex Marriage Fight, What Will Opponents Do Now? 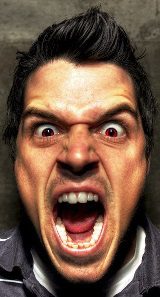 Reverend Francis Schaefer is no longer a reverend. (I’m talking about the former United Methodist minister, not the theologian Francis Schaeffer who died in 1984.) Schaefer was defrocked a year ago because he officiated at his gay son’s 2007 wedding. His Methodist denomination states that homosexuality is “incompatible with Christian teaching.”

Current state of the gay-marriage issue

Two years ago, in the weeks before the 2012 U.S. election, conservative pundits gloated about their 32 victories over the previous decade and a half, an unbroken record of rejection for same-sex marriage. Six states and Washington D.C. had legalized same-sex marriage at that point, but they had done so through the legislature or court decisions, not through voter initiatives.

What a difference two years make. Three same-sex marriage initiatives won in the 2012 election, including the one in my own state of Washington. More victories trickled in. Three weeks ago, the Supreme Court declined to review three appellate court rulings, which allowed a number of lower-court rulings to stand and put most Americans in states that allowed same-sex marriage.

The next day, Nevada and Idaho joined the list. Then West Virginia, and then North Carolina, and then Alaska. Ten days ago, Arizona and Wyoming. That makes 32 states in which same-sex marriage is legal.

(Look in the dictionary and you’ll see this turnaround as the top example for the word schadenfreude.)

The comic xkcd has an enlightening graph that contrasts acceptance through public opinion vs. state-by-state legality for two issues: mixed-race marriage and same-sex marriage. The two issues played out surprisingly differently. For mixed-race marriage, legality was out in front, and even after it was legal nationwide in 1967, public acceptance was a minority opinion.

With same-sex marriage, it was the other way around. Public opinion was the leader (56% approving vs. 37% disapproving at the moment), which supported the landslide of states approving it in the last two years.

Conservatives lost the gay marriage issue; what hijinks are next?

The gay marriage issue in the United States has been used by politicians as a vote getter. They play Chicken Little and insist that the sky is falling. They’ll cry that only by voting for them will the looming catastrophe be avoided. That this “catastrophe” doesn’t exist seems not to have hurt their cause.

Or, at least it hadn’t in the past. Many voters now find the anti-gay stance offensive, and it is turning many young people away from churches that embrace that message. Since Plan A has soured, what’s next?

Conservative politicians and Christians see the writing on the wall. Going forward, homosexuality will be to them as morally relevant as left-handedness, another inborn trait the church historically was on the wrong side of. We’ll be on the same page, at least on this moral issue.

Kidding! In fact, Mike Huckabee, perhaps to demonstrate his presidential timber, recently doubled down on the losing position. A GOP that went flaccid on same-sex marriage, Huckabee said, would lose members like himself. The conservative position may morph into a rear-guard action that does nothing useful as it simply tries to slow the inevitable. It may wane only as these conservatives they die off.

The right to impose one’s will on others

We will have more of the Gay Cake Food Fight in our future. The obligation to treat homosexual customers equally seems to be the new battleground and “religious liberty” the new battle cry.

Elane Photography refused to provide services for a same-sex commitment ceremony in 2006 and lost in the New Mexico Supreme Court in 2013. One critique of that ruling:

The danger here is that the courts are now telling all of us that we must compartmentalize our religious beliefs. What we believe on a Sunday we cannot act upon on Monday or we will be in violation of the law.

Well, yeah. If what you believe on Sunday is morally indefensible, it won’t fly when you leave the church. You expect society to apologize for that?

Religious freedom exists in this country thanks to the U.S. Constitution and for no other reason. The Constitution calls the tune. Imagine that there’s a Law above the law if you like, but you’re bound first by the only law we can agree actually exists, the law of the land. When religious belief clashes with the law, guess which one wins?

If you need help answering that question, remember Davis v. Beason, the Supreme Court case that prohibited polygamy. From the unanimous decision:

However free the exercise of religion may be, it must be subordinate to the criminal laws of the country.

Discriminate against a gay couple? How about against a mixed-race couple?

Consider a parallel situation. Suppose someone had a deeply held Christian belief that mixed-race marriage was wrong. Would these Christians support denying mixed-race customers in that case?

There’s plenty of biblical support for this position.

Do not intermarry with them. Do not give your daughters to their sons or take their daughters for your sons. (Deuteronomy 7:3)

Do not give your daughters in marriage to their sons or take their daughters for your sons (Ezra 9:12).

We promise not to give our daughters in marriage to the peoples around us or take their daughters for our sons (Nehemiah 10:30).

We’ve got to stop being the stupid party.
— Bobby Jindal,
Republican governor of Louisiana