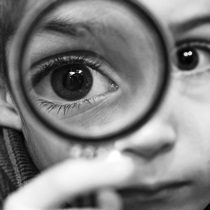 Myth 4: Jesus is not God. Our hosts tell us that the most important question in the Bible was asked by Jesus: “Who do people say the Son of Man is?” Correct answer: Jesus is the god-man. There are nonbelievers who say Jesus was a great man and a wise teacher, but they get the big question wrong.

The evidence argues that Jesus was just a legend. The impact of the religion that grew up around his story has been huge, but that alone doesn’t contradict my position. As for Jesus being a great and wise teacher, I don’t find that in the Bible, but if you find some good stuff there, that’s great.

C. S. Lewis said, “Let us not come with any patronizing nonsense about his being a great human teacher. He has not left that open to us.” Bullshit. Thomas Jefferson took a razor to the Bible and created his famous Jefferson Bible, keeping only the wisdom of Jesus and dropping all miracles.

Just because it’s not history doesn’t mean it doesn’t contain wisdom. I bet I’d find more keepers in The Prophet by Kahlil Gibran than in the Bible.

We’re also told in this video that “Jesus is presented [in the Bible] as the eternal God, the second person of the eternal Trinity.” Not really, and this brings us to the next myth.

Myth 5: The Trinity was invented. “What the Council of Nicaea said was that the Bible clearly teaches that there is a Trinity.”

The first problem is that, in the Trinity department, this council only rejected Arianism, which stated that Jesus was subordinate to and created by God the Father. The concept of the Trinity (with the Holy Spirit pulled into the partnership) wouldn’t be finalized until succeeding councils.

Now let’s respond to the claim that the Bible “clearly teaches that there is a Trinity.” It doesn’t. Arianism wasn’t popular just out of spite; the Bible supports it. For example, Jesus said, “The Father is greater than I” (John 14:28).

Imagine going back in time and asking Paul to explain the Trinity to you. He wouldn’t know what you were talking about, because the Trinity was a later invention. It wouldn’t have been familiar to the earliest Christians.

Could Jesus have known the truth of the Trinity but not bothered to make it clear in his teachings? Far more likely is that he (or the gospel authors who put words into his mouth) also had no notion of the concept.

What you do see in the New Testament is the divinity of Jesus evolving with time. Sort the books chronologically and see the evolution. In Romans, Jesus was “appointed the Son of God” at his resurrection. In Mark, Jesus becomes divine earlier, at his baptism. In Matthew and Luke, it’s at his birth. And in John, since forever. In a similar way, the idea of the Trinity evolved through the writings of the early church fathers until it was codified in pieces in the fourth century.

I write more about the Trinity here and here.

Myth 6: Good works get us to heaven. That’s true for many religions, but not Christianity. Paul said, “For it is by grace you have been saved, through faith—and this is not from yourselves, it is the gift of God—not by works, so that no one can boast” (Ephesians 2:8–9).

Yes, the Bible does make clear that faith alone gets you into heaven—except for all the places where it doesn’t. The Bible also says that repentance wipes away sins (Acts 3:19). And that water baptism is necessary for new life (Romans 6:4–5). And that works are at least necessary if not the sole route to heaven.

Our hosts tell us, “You and I can’t do enough good works to get to heaven.” Can they not have read these and other verses that point to good works?

Next, “We’re born with a negative bank account … and there’s no way you can work yourself out of this debt we have to God.” This reminds me of the line, “I owe my soul to the company store” from the song “Sixteen Tons,” which talked about the debt slavery forced on Kentucky coal miners during the Depression. God owns you just like the mine owned its workers? Not a pleasant image.

You either have a god who sends child rapists to rape children
or you have a God who simply watches and says,
“When you’re done, I’m going to punish you.”
If I could stop a person from raping a child, I would.
That’s the difference between me and your god.
— Tracie Harris, “The Atheist Experience”

Coping Beauty and Mental Health Awareness Month
I have been out of circulation more than usual. This last year...
view all Nonreligious blogs
What Are Your Thoughts?leave a comment
Copyright 2008-2021, Patheos. All rights reserved.
error: Content is protected !!