Who Would Die for a Lie? (Another Weak Christian Argument) (2 of 2) 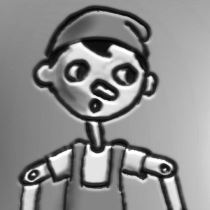 The “Who would die for a lie?” apologetic lies in tatters at our feet. The claim that almost all of the apostles died as martyrs is too weakly attested in history to support much of anything. Not only can no historical consensus emerge from the blizzard of contradicting claims about how they died, we have scant evidence—even if the apostles were executed or murdered—that these were martyrdoms. (See Part 1 for more.)

And on this, apologists want to support what may be the biggest claim possible: that the universe has a supernatural creator, and he came to earth 2000 years ago.

Let’s move on to pursue a few other aspects of this argument. A story could be a lie in two ways. First, it could be a false story that was either false from the start or (more likely) grew with time. The adherents wouldn’t know that it was false. Most of us would put the 9/11 hijackers in this category—their views of the afterlife were wrong, but they honestly believed them. Or those who drank the Kool-Aid in Jonestown. Or who burned to death with David Koresh.

We must distinguish between two categories of disciples. Those mentioned in the Bible and in the summary of Hippolytus are potentially legendary. We can say nothing with confidence of their work; we can’t even say for certain if any were historical figures.

The second category includes those disciples who actually did the work to proselytize early Christianity. Someone helped spread the word, so we can be sure that they existed. They would likely have been, like the 9/11 hijackers, true believers who believed a story but didn’t witness the history claimed to back it up.

Now consider the other way a story could be a lie. Can someone die for something that they know is false? Sure—consider captured soldiers or spies who maintain a false story to their deaths.

Robert Price gives the example of the second-century philosopher Proteus Peregrinus, “a charlatan prophet, [who] immolated himself because he could not resist such a grandstanding opportunity.”

The 19th-century Millerites, while not faced with loss of life, were faced with their own difficult challenge. They were a Christian sect that expected the end of the world on a particular day in 1844. Many made themselves right with God by selling all their possessions. When Jesus didn’t show up as expected, this event became known as the Great Disappointment.

So the thousands of members of this sect who had very clearly backed the wrong horse walked away poorer but wiser, right? Of course not—some couldn’t admit the lie to themselves and doubled down on prophetic religion, and the Seventh-Day Adventist church was one result. Though no one died for a lie, they drastically rearranged their lives for what they had been given ample evidence was a lie.

The most significant example of someone who died for a lie might be Joseph Smith. Not surprisingly, I don’t accept the Mormon claim that the angel Moroni showed Smith a set of golden plates that he translated from “reformed Egyptian” into English using a seer stone. Rather, I think he was a treasure hunter and con man who either took advantage of or was caught up in the Second Great Awakening and created a new religion.

Mormonism was the invention of one man, and that man died for it. Of course, it’s possible that Joseph Smith gradually came to believe his own PR. But either way, he died for what he should’ve known was a lie, exactly what Christians deny is possible.

Compare Joseph Smith with the supposedly martyred apostles. Modern apologists would have us believe that the apostles (1) saw the earliest days of the Christian church and so were in a position to know whether the gospel story was correct or not, (2) were killed because of their faith, and (3) never recanted.

Bingo—that’s Joseph Smith. He (1) knew all details of the founding of the Mormon religion, (2) was killed in the middle of religious controversies brought on by his faith, and (3) never recanted.

Does Joseph Smith’s death show that Mormonism is correct? If not, then why is the equivalent argument trotted out to show that Christianity is?

And note how much stronger the Mormon case is. (More here.) The gospels are simply snapshots of the Jesus story at different places and times. They are the result of decades of oral history that evolved within a credulous prescientific culture. They are legends. But there are no decades of oral history in the Mormon case. No one argues that Joseph Smith didn’t exist or that his story grew with the retelling because he documented the story himself.

Were disciples given a chance to recant?

One final problem with the “die for a lie” argument is that it suggests the ridiculous notion that a doomed man could recant his beliefs and be set free. This kind of exchange comes to mind:

Judge: “You have been found guilty of sedition and are sentenced to die by stoning. What do you have to say for yourself?”

Condemned Man: “Okay, okay—I’ll admit it! That whole Jesus thing—it was just made up!”

Judge: “Well, that wasn’t so hard now, was it? You could’ve saved us all a lot of bother by admitting that earlier. Very well—case dismissed.”

From what capital charges are you released by admitting that Jesus isn’t divine? Sedition? Incitement to riot? Treason? Offending a powerful person? General rabble rousing?

“Why would they die for a lie?” fails because it pretends that rejecting Jesus would have gotten the apostles released from capital charges, because we have negligible evidence that they were martyred, because there’s little reason to suppose that the stories of the original apostles are more than legend, and because the earliest actual missionaries were probably just like today’s—earnest believers who were converted by a community rather than by being eyewitnesses to history.

Inquiry is fatal to certainty
— Will Durant, historian 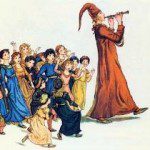