Did You Hear? North Korea’s “Brilliant Comrade” Got a Haircut!

Did You Hear? North Korea’s “Brilliant Comrade” Got a Haircut! February 20, 2015 Bob Seidensticker 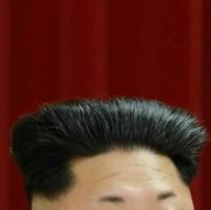 The Hermit Kingdom’s Brilliant Comrade, Kim Jong Un, is rocking a new hairstyle that is big news. One source critiqued it this way: “The style is a variation on Kim’s signature shaved sides, but with the top now sculpted into a high, wedge-shaped pompadour that sits atop Kim’s head like a hat, or perhaps a small, dormant woodland creature.”

Some speculate that he’s trying to look more like his grandfather, the founder of North Korea and still its “Eternal President.” Grandfather Kim was a revolutionary hero, and Li’l Kim may be using his new hairdo to declare that he’s maturing into that role.

Why so much excitement over a haircut? Because North Korea is a dangerous and unstable enemy, and there’s so little information that even something this trivial is parsed for clues.

Remind you of Someone?

And that’s also the Christian’s task. They have their own unpredictable Great Leader whose intentions they must infer from minimal clues. Christians become pigeons in a B.F. Skinner experiment, where intermittent reinforcement produced better results than continuous reinforcement. The dribbles of approval they infer falling from God’s table are enough to keep them eager for more.

Kim’s uncle was executed a year ago, presumably with Kim’s approval. Similarly, God is also dangerous, and Christians unashamedly admit that he’s killed millions. But, like the North Koreans who wept genuine tears at the death of the previous leader in 2011, Christians are quick to justify God’s actions. Someone’s child dies? Their faith is strengthened. The Canaanite genocide? Those bastards had plenty of chances. The Flood? They deserved what they got. In fact, God’s actions are good by definition.

I wonder if they say that about Kim in North Korea.

North Korea is officially the “Democratic People’s Republic of Korea,” but how can a dictatorship be democratic? I suppose in the same way that Yahweh the genocidal murderer is “all loving.”

Don’t we have better, more tangible things to talk about in North Korea than a haircut? Instead of the hair, we could ask about the quality of life of North Koreans. And instead of God worship, we could focus on helping his children.

God knows he’s not doing it.

Choose faith in spite of the facts.
— Rev. Joel Osteen 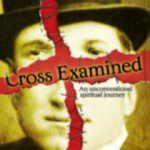 February 23, 2015 The Dunning-Kruger Effect: Are the Stupid Too Stupid to Realize They’re Stupid?
Recent Comments
17 Comments | Leave a Comment
""Her response was that God answers all prayers but that he doesn’t always give the ..."
C Nault Irresponsible use of the awesome power ..."
"The awesome power of prayer? You mean the power for prayer to sometimes get you ..."
C Nault Irresponsible use of the awesome power ..."
"But their souls are in hell today.And there’s nothing good about that."
D.M.S. When Christianity Actually Had a Sensible ..."
"One of my challenges was to a Thomist who claimed that science had gone wrong ..."
epeeist Theism vs. naturalism: where does the ..."
Browse Our Archives
get the latest from
Cross Examined
Sign up for our newsletter
POPULAR AT PATHEOS Nonreligious
1