Who Cares About Charles Darwin? 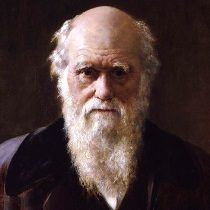 Charles Darwin’s On the Origin of Species revolutionized biology. In the history of science, he’s a god, but in biology today, Darwin’s writings don’t count for anything. No one checks their results against Darwin’s thinking. No biologist says, “That’s an interesting hypothesis, Chuzzlewaite, but let’s compare it against the Great Darwin to see if it holds up.”

By contrast, consider how Aristotle was elevated during the medieval period. What Aristotle said, not what experiment showed, determined science.

Aristotle’s views on the physical sciences profoundly shaped medieval scholarship, and their influence extended well into the Renaissance, although they were ultimately replaced by Newtonian physics. (Source)

Creationists want to put Darwin into the Infallible Sage bin along with Aristotle, and they love to quote him as if biology today were constrained by what he said. What Darwin wrote about evolution is important today only for the history of science, not biology. Even if they could make him look bad (and they don’t), so what? That would have nothing to do with the validity of the theory of evolution.

A popular Creationist tactic is to twist Darwin’s The Descent of Man to argue that he supported eugenics. Ben Stein’s 2008 “crockumentary” Expelled accurately quotes Darwin:

Thus the weak members of civilized societies propagate their kind. No one who has attended to the breeding of domestic animals will doubt that this must be highly injurious to the race of man. It is surprising how soon a want of care, or care wrongly directed, leads to the degeneration of a domestic race; but excepting in the case of man himself, hardly anyone is so ignorant as to allow his worst animals to breed.

Ah, so Darwin was rabidly in support of eugenics, right? Nope. The very next paragraph clarifies. He talks about our instincts for compassion and says,

Nor could we check our sympathy [for the weakest], even at the urging of hard reason, without deterioration in the noblest part of our nature.

Here’s another excerpt popular among Creationists, this time from On the Origin of Species.

To suppose that the eye, with all its inimitable contrivances for adjusting the focus to different distances, for admitting different amounts of light, and for the correction of spherical and chromatic aberration, could have been formed by natural selection, seems, I freely confess, absurd in the highest possible degree.

A frank admission by Darwin of the inadequacy of his theory? Not really. As you might guess, the very next sentence explains how evolution could account for it.

Creationists out there, do your research into what Darwin actually said, and don’t quote him out of context. It makes you look like a liar. And, of course, misrepresenting Darwin as an evil person does nothing to respond to the argument for evolution. It remains the best explanation that we have for why life is the way it is.

Doth humor have charms to soothe the savage breast?

In the hope that humor can make the point where reason can’t, let me modify a popular Christian joke. Here’s the Christian version: A flood drives a devout man onto the roof of his house. A boat comes to take him away, but he says, “No—God will provide.” The water level keeps rising. Then another boat comes, and then a helicopter, but the man sends them all away. The flood water continues to rise, and he’s swept away and drowns.

He goes to heaven and he’s furious at God. “Why didn’t you save me?” he says.

“What did you want?” God says. “I sent two boats and a helicopter!”

Now: imagine a fundamentalist in heaven. With his new heavenly wisdom, he realizes that science was right all along, and his literalist take of the Bible was laughably wrong.

“Why didn’t you tell me?” he demands of God.

“What did you want?” God says. “I sent Charles Darwin and 100,000 evolutionary biologists!”

produce hardly any effect on the public;
and freedom of thought is best promoted
by the gradual illumination of men’s minds
which follows from the advance of science.
— Charles Darwin 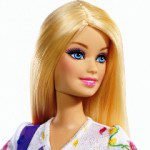 February 14, 2015 How Do You Decide What to Believe?
Recent Comments
87 Comments | Leave a Comment
"Pro-lifers don’t really want to eliminate or even reduce abortions - it’s their rallying cry ..."
Len Most U.S. Abortions are Due to ..."
"Pro lifers would have much more credibility if they worried as much if not more ..."
Traveller Most U.S. Abortions are Due to ..."
"Some people think that Will might just be a bot..."
epeeist 6 Flaws in the Pro-Life Position ..."
"Abortion is really a distraction, what those who are against it actually want is control ..."
epeeist 6 Flaws in the Pro-Life Position ..."
Browse Our Archives
get the latest from
Cross Examined
Sign up for our newsletter
POPULAR AT PATHEOS Nonreligious
1