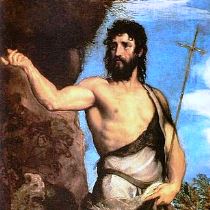 John the Baptist was in prison when he heard the marvelous stories about Jesus, and he sent his disciples to ask, “Are you the one who is to come, or should we expect someone else?” (Matthew 11:2–3).

Whaaa … ? This is a remarkable question! John the Baptist doesn’t know whether Jesus is the Messiah or not?

John’s very purpose was to be the messenger who would prepare the way (Matt. 11:10). How could he not know?

The familiarity probably went back even further, since John and Jesus were related. Their mothers were cousins (or “relatives”—see Luke 1:36), and Jesus’s mother Mary stayed with John’s mother Elizabeth for the last trimester of Elizabeth’s pregnancy. Heck, the boys might have played together.

We find more confusion in the John the Baptist story when we try to figure out who John really is. Jesus cites an Old Testament prophecy that says that the messenger who will prepare the way for the Messiah would be the prophet Elijah. Jesus then makes clear that John the Baptist is this reincarnation of Elijah (Matt. 11:14).

This is the problem with harmonizing the gospels: they don’t harmonize. We shouldn’t treat them as history but the end product of a long and harrowing journey during which much was probably lost, added, and changed, but we don’t know what.

As Randel Helms in Gospel Fictions puts it, the gospels were intended “less to describe the past than to affect the present.” Let’s treat them for what they were meant to be, documents making a theological point rather than history. 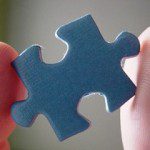 March 12, 2015
10 Skeptical Principles for Evaluating the Bible
Next Post