A Defense of a Christian Homophobe 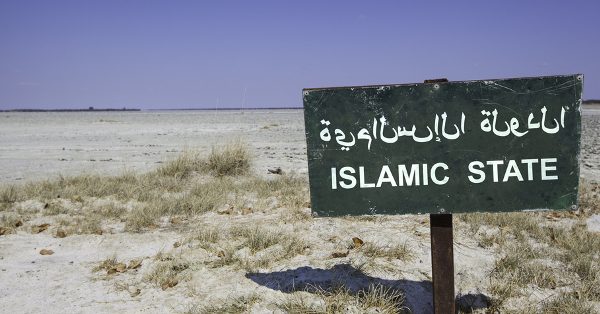 I’ve written a lot in support of same-sex marriage and the weakness of biblical arguments against homosexuality. Nevertheless, I want to point out some important areas where pastor David Berzins, in a recent rant in support of stoning of homosexuals, actually has it right.

After a fellow pastor pulled back from a fire ’n brimstone response to homosexuality, Berzins responded first by acknowledging that pastor’s good points.

He believes in the King James Bible, it’s [an] independent fundamentalist Baptist church, he believes homosexuality is wickedness, and he preaches against it.

Wow—what’s not to like? Simply this: “They don’t believe that [homosexuals] should be stoned [to death].”

Berzins moved on to demand consistency from his fellow Christians.

And this is what drives me nuts: … the same Christians that are complaining about the Old Testament law being thrown out of the courtrooms now will not stand up in defense of a man of God [who] is believing that God’s word is pure and that God’s judgment is righteous on the sodomites.

He’s got a point. Fretting about the Ten Commandments not having a place of prominence in American government is a popular pastime among some Christians today. If the Commandments said only, “Be excellent to each other” (as philosophers Bill and Ted put it), that would be one thing. But in fact, they include demands that we have no other gods but Jehovah, make no graven images, not blaspheme, and keep the Sabbath day.

Is this desire that the government endorse the Ten Commandments just window dressing? Just an empty gesture that Christians can nevertheless feel good about? Of course it is, but let’s take these Christians at their word. Berzins puts them on the spot: why should society follow the Ten Commandments but not all of the Old Testament?

Moral vs. ritual law in the Old Testament

Christians typically get around this by distinguishing moral or divine law, which is still in force, from ritual law, applicable only during Old Testament times. These ritual laws would include kosher food rules and no work on the Sabbath.

It doesn’t work that way in practice. Many Christians, Berzins included, will pick and choose from the buffet as their fancy dictates. They’ll laugh at Old Testament prohibition against mixing fibers in fabrics or crops in a field and they’ll reject rules about slavery, but those rules against homosexuality look tempting. Only extremists like Berzins (and ISIS) go so far as keeping the punishment that goes with the crime.

Berzins is inconsistent about what he keeps and rejects, but that doesn’t make him wrong when he points out Christian inconsistency. Don’t like the gays? Conservative Christians often want to keep prohibitions against homosexuality. Think that stoning to death is just a little much for a civilized country in the 21st century? They’ll drop the Old Testament’s draconian punishments, which in most cases is death.

Stoning for the gays—who’s with me??

By this time in his sermon, Berzins has a good head of steam.

If you think they shouldn’t be put to death, fine. If you don’t think that should be the government’s role, but you believe the Bible and you’re against homosexuality? This is not a cause to break fellowship over. The Bible talks about people who need to be kicked out of the church like drunkards and extortioners and people like that. Yeah—break fellowship with those people. Don’t break fellowship with someone who simply believes that Leviticus 20:13 should be in application in our government today, as it used to be, by the way.

Sure, we’re all singing out of the same hymnal. So I want the government to stone gays to death and you don’t? No biggie, right? We’re still pretty much saying the same thing as long as we shun the drunkards and extortioners.

But once again, I must note where Berzins is right. In a long list of nutty crimes in Leviticus 13 (death for adulterers and rude children, exile for mediums and those who have sex during a woman’s period), God demands death for homosexual men. And at the birth of the United States, male homosexuality was a capital crime in each of the 13 colonies.

Fred “God hates fags!” Phelps was an extremist, but he knew his Bible. He wasn’t just making it up. And David “Stone them!” Berzins has a point when he demands Christian consistency.

For those of you who thought that the biggest problem in this country was not allowing bakers to refuse to bake gay wedding cakes, it’s nice that pastor Berzins is here to set us straight.

April 16, 2015
Is Life Absurd Without God? A Reply to WLC’s Influential Article.
Next Post