Is Life Absurd Without God? A Reply to WLC’s Influential Article (2 of 3).

I recently wrote about an atheist who praised the essay “The Absurdity of Life without God” by Christian apologist William Lane Craig (WLC). The praise was so effusive—and coming from an apparent atheist—that I had to take a look at that influential article. Let’s continue with our critique (part 1 here). 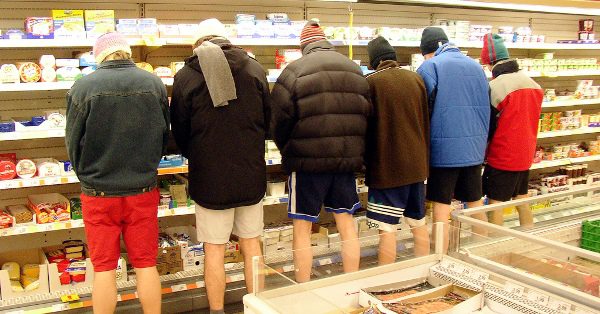 What is the purpose in life?

Craig tells us that life without God has no purpose. Millions of atheists find purpose in life, thank you, but ignore that for now—what purpose does a life with God provide? Drum roll, please, because here’s what Craig tells us we have to look forward to in Christianity: “The chief purpose of life is not happiness, but the knowledge of God.”

That’s the big reward, learning more about God and maybe telling him how fantastic he is? Thanks, but I think the meaning that we find in our lives—learning new things and improving ourselves, striving and sometimes succeeding, doing good for others, leaving society better than we found it, and so on—is far more satisfying. If an omnibenevolent God existed, I’m certain he’d agree.

What is the meaning in life?

Ever have someone tell you how you should see things from your vantage point? We all enjoy having someone more wise (or maybe just more pompous) than us tell us how we’re doing things wrong.

Craig does a lot of this. Here’s an example where he gets off to a good start:

Camus said that we should honestly recognize life’s absurdity and then live in love for one another.

Yes, there is no ultimate meaning. Loving and serving each other is a good way to live our lives. But this doesn’t satisfy Craig. He continues:

The fundamental problem with this solution, however, is that it is impossible to live consistently and happily within such a world view. If one lives consistently, he will not be happy; if one lives happily, it is only because he is not consistent…. If God does not exist, then all we are left with is despair.

And, yet again, millions of atheists see no problem here. Neither does the dictionary—there is no ultimate demand in the definition of “meaning.”

The millions of ex-Christians who’ve switched to the atheistic worldview disagree.

As Dostoyevsky put it: “If there is no immortality then all things are permitted.” On this basis, a writer like Ayn Rand is absolutely correct to praise the virtues of selfishness. Live totally for self; no one holds you accountable! Indeed, it would be foolish to do anything else, for life is too short to jeopardize it by acting out of anything but pure self-interest. Sacrifice for another person would be stupid.

All things are permitted? No one holds you accountable? Tell that to the judge. Most of us are happy to be accountable to the friends and family in our lives (but if Craig would be a rampaging murderer without the constraints of Christianity, then I’m glad he’s a Christian).

As for sacrifice for another, we’re programmed for that because we’re social animals. One wonders if Craig ever gets out of his ivory tower to test his ideas against reality.

Here’s Craig’s advice to any atheist who shares his glum view of reality.

About the only solution the atheist can offer is that we face the absurdity of life and live bravely.

You want joy? Get a puppy. Find a romantic partner. Get involved in life. “Live bravely”? Thanks for the condescension. I can suggest a place where Craig can shove his Godsplaining.

Craig does a poor job of seeing things from someone else’s viewpoint. This isn’t surprising—it’s not his worldview. Atheists have meaning, atheists experience happiness and despair little differently than Christians, atheists consistently accept finite meaning in life, and atheists are able to face reality by following the evidence where it points.

It’s the Christians who have the problem with consistency, especially if they take Craig’s advice to ignore reality and pick a worldview based on how pleasing it is. And it’s the Christians who are most uneasy about mortality. In a 2011 study, “[The most religious study participants were] by far the most likely to exhaust finances on life-prolonging treatment.”

Ask an ex-Christian how much better it feels to drop the cognitive dissonance of juggling unsupportable Christian claims in the face of explanations that are actually justified through science.

William Lane Craig declares himself to be Nietzsche’s madman, the only one who sees things correctly. He handwaves that atheists don’t understand the consequences of their worldview, but all he means is, “You don’t see it my way.” Of course I don’t see it your way—you’ve done nothing to argue for its correctness. And, given your inept flailing, I’m sure that I understand my perspective far better than you do.

Craig insists on imposing his childish view on everyone else. He’s in an existential tizzy about the idea that there is no ultimate purpose to life, and he thinks everyone else should share his view. I suggest he approach this the old-fashioned way: by providing compelling evidence for his position.

I wish to propose for the reader’s favourable consideration
a doctrine which may, I fear, appear wildly paradoxical and subversive.
The doctrine in question is this:
that it is undesirable to believe a proposition
when there is no ground whatever for supposing it true.
— Bertrand Russell, Sceptical Essays

April 17, 2015
A Defense of a Christian Homophobe
Next Post