Isaiah 53 is the other chapter that apologists often point to as giving an uncanny summary of the death of Jesus, but, like the claims for Psalm 22, we’ll see that this also falls flat. 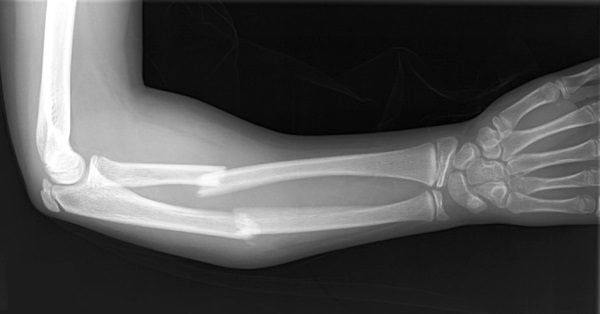 First, give the apologists their turn. They’ll point to several phrases in Isaiah 53 (and the last few verses of the preceding chapter) that parallel the crucifixion.

Verse 52:14: “there were many who were appalled at him; his appearance was so disfigured beyond that of any human being.” Some say that this refers to the beatings Jesus received, though his ugly appearance is never mentioned in the New Testament.

53:3: “He was despised and rejected by mankind, a man of suffering, and familiar with pain.” Jesus should have been recognized as the Messiah, but the gospels tell us that his own people rejected him.

On the other hand, “he was despised” doesn’t sound like the charismatic rabbi who preached to thousands of attentive listeners and had a triumphal entry into Jerusalem on Palm Sunday. And “a man of suffering … familiar with pain” might’ve been the life of an ascetic like John the Baptist, but this doesn’t describe Jesus.

53:7: “he did not open his mouth; he was led like a lamb to the slaughter, and as a sheep before its shearers is silent.” The synoptic gospels agree that Jesus was silent before his accusers, though John 18:34–19:11 says the opposite.

53:8: in response to the trial and sentencing of Jesus, “who of his generation protested?” Jesus was on his own, and none of his disciples tried to intervene.

53:9: “He was assigned a grave with the wicked, and with the rich in his death.” This is often interpreted to mean that Jesus ought to have been buried with criminals but was actually buried with the rich. This ties in with the burial of Jesus in the tomb of Joseph of Arimathea.

Finally, from 53:5 to the end of the chapter, almost every verse gives some version of the idea of the suffering servant taking on the burdens of his people—“he was pierced for our transgressions … by his wounds we are healed” (53:5), “for the transgression of my people he was punished” (53:8), “he bore the sin of many, and made intercession for the transgressors” (53:12), and so on.

Taken as this collection of cherry-picked fragments, the case looks intriguing, but taken as a whole—that is, letting the chapter speak for itself—the story falls apart.

First, let’s look at some of the verses discarded by the apologists.

Verse 52:15: “so will many nations be amazed at him and kings will shut their mouths because of him.”

The nations will be amazed and the kings speechless? Nope, not only was Jesus not internationally famous during his lifetime, history records nothing of his life outside the gospels. True, we have evidence of his followers from historians such as Josephus, Tacitus, and Suetonius, but it is curious that we have nothing about the works of Jesus himself from prolific contemporary authors such as Philo of Alexandria, Seneca, and Pliny the Elder. Apparently he wasn’t as famous as imagined prophecy would have him be.

53:10: “he will see his offspring and prolong his days, and the will of the Lord will prosper in his hand.” This is a nice thought—Jesus endures great trials but then, like Job, he is rewarded with children, prosperity, and long life. As Proverbs says, “Grandchildren are the crown of old men.”

Unfortunately, this isn’t how the gospel story plays out.

53:11: “my righteous servant will justify many, and he will bear their iniquities.” So Jesus, a person of the Trinity and equal to God the Father, is now God’s servant?

Note that “messiah” simply means “anointed one” and that the Old Testament is fairly liberal with the title messiah. Kings and high priests were anointed as messiahs. Heck, Cyrus the Great of Persia was even a messiah (Isaiah 45:1). But surely no Christian can accept the logic, “Well, David was a messiah, and he was a servant of God; why not Jesus as well?” David was a major figure from the Bible, but Jesus was certainly not in the same category as David.

And here’s the big one: “Therefore I will give him a portion among the great [or many] and he will divide the spoils with the strong [or numerous]” (53:12). Like a warrior who gets a share of the spoils of the battle, the servant will be richly rewarded. This servant is just one among many who gets a portion.

Wait a minute—Jesus has peers? He’s one among equals, just “one of the great”? What kind of nonsense is this? Again, this bears no resemblance to the Jesus of the gospels.

This all makes more sense if the “he” of this chapter is seen as Israel, not Jesus—Israel was punished through the Babylonian exile and will be returned to glory and power.

And, as with our analysis of Psalm 22, the point of any crucifixion story would be the resurrection, which is not present in this chapter. Only with the naïve confidence of a student of Nostradamus could this baggy sack of a “prophecy” be imagined to be a trim fit.

Religion is the diaper of humanity’s childhood;
it’s OK to grow out of it
— PZ Myers

April 8, 2015
Does This Atheist Have a Point? Or Is This a Sycophantic Poe?
Next Post

April 14, 2015 How Do Science and Religion Overlap? NOMA Imagines Not at All.
Recent Comments
411 Comments | Leave a Comment
"I would say I don't hate Christians. I don't wish to see them suffer. I ..."
Wisdom, Justice, Love Stupid arguments Christians should avoid #42: ..."
"We care about religion because we care about others. We care about living among folk ..."
Phil Rimmer Stupid arguments Christians should avoid #42: ..."
"Yes, I mean "were originally written.""
ORigel Bad atheist arguments: “History is unreliable”
"Your religion says that you can't do X, okay. Your religion says that I can't ..."
Len Stupid arguments Christians should avoid #42: ..."
Browse Our Archives
get the latest updates from
Cross Examined
and the Patheos
Nonreligious
Channel
POPULAR AT PATHEOS Nonreligious
1