Christians Move the Goalposts When They Can’t Win Honestly

Christians Move the Goalposts When They Can’t Win Honestly May 18, 2015 Bob Seidensticker 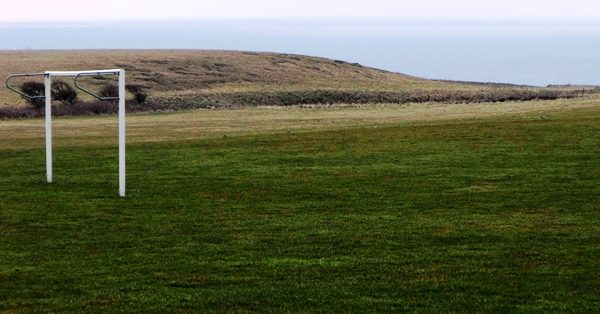 Christian apologists often bring up unresolved scientific questions and usually conclude with, “Well, if you can’t answer that question, Christianity can! Clearly, God did it.”

Consider questions like: Why is there something rather than nothing? What came before the Big Bang? Why does the universe look fine-tuned for life? How did life come from nonlife?

If you can’t answer those, the Christian can.

Admittedly, there is no scientific consensus on these questions. But a century ago, Christian apologists pointed to different questions if they wanted to put science in the hot seat: Okay, Science, if you’re so smart, how could heredity be transmitted from just one tiny cell? What causes cancer? Where did the universe come from?

And centuries before that, the questions were: What causes lightning? Plague? Drought? Earthquakes?

But not only is science the sole discipline that has ever provided answers to questions like these—real answers, I mean, not made-up ones—increasingly only science can uncover the questions. That is, the apologist pretends to inform science of questions that science discovered itself.

If in hindsight “God did it” was a foolish response to the questions of previous centuries—the cause of lightning and disease, for example—why offer it now? Why expect the results to be any different when every single one of the last thousand natural mysteries have been unraveled by science rather than with the Bible? Why would the Christian think that today might be his lucky day? Wouldn’t it be wise to learn from the past and be a little hesitant to stake God’s existence on the gamble that science will finally come up short?

What’s especially maddening is science-y apologists like William Lane Craig putting on an imaginary lab coat and ineptly fiddling with beakers and turning dials, playing scientist like a child playing house. He imagines himself strutting into a community of befuddled scientists and saying with a chuckle, “Okay, fellas, Christianity can take it from here” and seeing them breathe a sigh of relief that the cavalry has finally come to bail them out of their intellectual predicament. He imagines that he can better answer questions that his discipline couldn’t even formulate.

This reminds me of the fable about Science scaling the highest peak of knowledge. After much difficulty, Science finally summits and is about to plant his flag when he looks over and sees Theology and Philosophy sitting there, looking at him. “What took you so long?” one of them says. “We’ve been here for centuries.”

Uh, yeah, Theology and Philosophy can invent claims, but Science does it the hard way—it actually uncovers the facts and makes the testable hypotheses. It gets to the summit step by careful step along the route of Evidence rather than floating there on a lavender cloud of imagination and wishful thinking. Religion is like the dog that walks under the ox and thinks that he is pulling the cart.

Religion will deserve more respect when it begins to teach us new things about reality like science does every day.

To the Christians who think that science’s unanswered questions make their point, I say: make a commitment. Publicly state that this issue (pick something—abiogenesis or the cause of the Big Bang or fine tuning or whatever) is the hill that you will fight to the death on. Man up, commit to it, and impose consequences. Say, “I publicly declare that God must be the resolution to this question. A scientific consensus will never find me wrong or else I will drop my faith.”

In science it often happens that scientists say,
“You know that’s a really good argument; my position is mistaken,”
and then they actually change their minds
and you never hear that old view from them again.
They really do it.
It doesn’t happen as often as it should,
because scientists are human and change is sometimes painful.
But it happens every day.
I cannot recall the last time something like that
happened in politics or religion.
— Carl Sagan, 1987 CSICOP keynote address