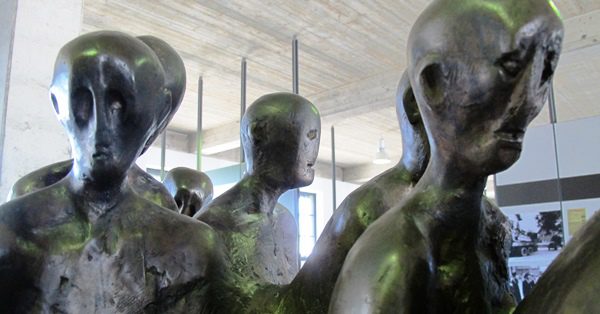 C. S. Lewis’s Mere Christianity is a fundamental work in Christian apologetics. Many Christians point to this book as a turning point in their coming to faith, but Lewis’s ideas on morality need work.

Lewis says that there is a “real” right and wrong. If this were not so, how could we declare the Nazis wrong? Find a man who rejects this premise, Lewis says, and you will quickly detect the hypocrisy. He may break a promise to you, but as soon as you do the same, he declares that that’s not fair and falls back on a “real” rightness.

But it doesn’t work that way. “Right” and “wrong” come with an implied point of view. Of course I say that the Nazis were wrong, but when I do so, the word wrong is grounded in my point of view. (Kind of obvious, right? Whose point of view would I be using but my own?)

Lewis doesn’t use the term “objective morality” (he wrote about 70 years ago, which explains a few odd phrasings), but I believe this is what he means by “real right and wrong.” Let’s use William Lane Craig’s definition for objective morality: “moral values that are valid and binding whether anybody believes in them or not.”

Despite Lewis’s claims, we needn’t imagine that morality is objectively grounded. We see this simply by looking in the dictionary. The definition of “morality” (or “right” or “wrong”) doesn’t require any sense of objective grounding or absoluteness.

Like Lewis, I insist that you keep your commitments to me, that you follow the basic rules of civility, and so on. When you don’t, I’m annoyed not because you violated an absolute law; you violated my law. It ain’t much, but it’s all I’ve got, and that’s enough to explain the morality we see around us.

Evolution explains why part of morals is built-in. What we think of as proper morals has survival value. It’s not surprising that evolution would select for a moral instinct in social animals like humans. Evolution is often caricatured as being built on the principle “might makes right.” No, natural selection doesn’t favor might but fitness to the environment. A human tribe with trust and compassion might outcompete a more savage rival tribe without those traits.

We see this moral instinct in other animals. In a study of capuchin monkeys, for example, those given cucumber for completing a task complained when others got grapes (a preferred food) for the same task. These monkeys understood fairness just like a human. (An excellent video of the monkey’s reaction is here @1:18.)

As an aside, I think it’s a mistake to look down on other primates and their “less-developed” sense of morality. The same powerful brain that gives us honor and patriotism, justice and mercy, love and altruism, and other moral instincts that we’re proud of also gives us racism, self-pity, greed, resentment, hate, contempt, bitterness, jealousy, and all the others on the other side of the coin. No other species has perfected violence, slavery, cruelty, revenge, torture, and war to the extent that humans have.

If we exceed the morality of our primate cousins on the positive side, we also do so on the negative side. Let’s show a little humility.

Human morality is nicely explained by an instinctive and shared sense of the Golden Rule plus rules that are specific to each culture. The dictionary doesn’t demand any objective grounding in its definition of morality, and neither should we.

I believe in Christianity
as I believe that the sun has risen:
not only because I see it,
but because by it I see everything else.
— C. S. Lewis 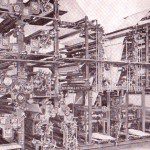 June 3, 2015 Which Does Technology Benefit More: Christianity or Atheism?
Recent Comments
1,006 Comments | Leave a Comment
"What if religion is a byproduct of human tendencies that evolved for other reasons?"
ORigel Stupid arguments Christians should avoid #43: ..."
"Elvis1 Anything by Ignorant Amos or Bob is worth reading, but I quickly found these ..."
Damezor Ray Comfort’s “The Atheist Delusion”: 64 ..."
"Oh dear, Greg. Recycling the failed excuses of the religionist apologists for the utter, total ..."
Rational observations? Bad atheist arguments: “History is unreliable”
"I think of stuff like this, and the violent civil war in Sri Lanka between ..."
Cynthia Stupid arguments Christians should avoid #43: ..."
Browse Our Archives
get the latest updates from
Cross Examined
and the Patheos
Nonreligious
Channel
POPULAR AT PATHEOS Nonreligious
1