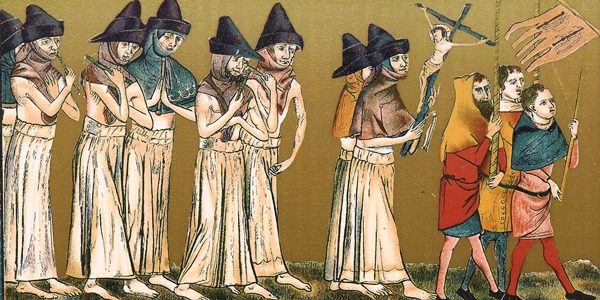 In the Jonah story, Jonah doesn’t like the task God assigned for him. He flees in a boat, and then a terrible storm comes up. The sailors draw lots (apparently a reliable way of discovering the truth) and discover that Jonah is the problem, which Jonah admits. They throw cargo overboard but that’s not enough. The storm finally stops only when they throw Jonah over.

God caused the storm. The Bible even admits that God causes all evil:

This idea that disasters are caused by God continued in the medieval period. With the Black Death, which killed roughly half of Europe’s population from 1346–53, the Christian continent again thought that only God’s rage could explain the pandemic. The best way to protect oneself from this terrible disease was penitential activity such as public and bloody flagellation, pious commemoration of the dead, and persecution of those groups that God was probably angry at such as the poor, beggars, or minorities like Catalans or Jews.

Our approach to evil today

Things are different today, with modern science to tell us what causes storms and disease.

Or maybe not. When it suits them, some apologists and politicians will dismiss the science and fall back on superstition.

The abortionists have got to bear some burden for this because God will not be mocked. And when we destroy 40 million little innocent babies, we make God mad. I really believe that the pagans, and the abortionists, and the feminists, and the gays and the lesbians who are actively trying to make that an alternative lifestyle, the ACLU, People for the American Way—all of them have tried to secularize America—I point the finger in their face and say, “You helped this happen.”

Remember Hurricane Katrina in New Orleans in 2005? God was obviously mad about something, but what was it? Maybe racism (Louis Farrakhan’s conclusion) or abortion (Pat Robertson) or America’s insufficient support for Israel (an Israeli rabbi). Or, of course, the gays.

Remember the 2010 Haiti earthquake that killed 300,000? It was the result of that pact they made with the devil. Just ask Pat Robertson—he’ll tell you.

Remember the recent Ebola epidemic in West Africa that killed over 10,000 people? Reverend Ron Baity of North Carolina said that God was furious about same-sex marriage.

If you think for one skinny minute, God is going to stand idly by and allow [same-sex marriage] to go forward without repercussions, you better back up and rethink this situation.… You think Ebola is bad now, just wait.

(For even more examples of everything that’s the gays’ fault, check out this list from The Advocate.)

Remember when Texas governor Rick Perry prayed for an end to the 2011 drought in Texas? A California State Assembly member now thinks that God is similarly involved with her state’s ongoing drought, and she makes clear what God is livid about this time: abortion.

Jerry Falwell and Pat Robertson both backed away from their hysterical 9/11 slander. The first major rain after Rick Perry’s 3-day public Days of Prayer came six months later. And who knows what nonsense Hagee will invent as he claims victory after the final eclipse this September.

We know what causes hurricanes, lunar eclipses, disease, and droughts. We understand terrorism. We know that homosexuality is natural. God isn’t part of the equation. Pointing to God as the puppet master behind the world’s disasters is an empty claim. It’s like pointing to Halley’s Comet as the harbinger for the victory of William the Conqueror at the Battle of Hastings in 1066.

It’s hard to believe that it’s the twenty-first century, and Christian leaders still make these claims. Or that their fans accept the claims and then come back for more after they fail. And what does it say about their God that they can easily imagine that he’s behind all the natural evil in the world?

I can do little but suggest that that’s what our imperfect brains can do, that we’re all susceptible, and that we must be continuously on guard. And to offer this bit of insight from author and professor Kathryn Gin Lum:

This instinct [to fear an angry God] is also why conservative evangelicals care so deeply about same-sex marriage and abortion even though they don’t engage in those activities themselves. It’s why people who are anti-big-government want the government to intervene in affairs that don’t seem to have that much to do with their own lives. This is why some evangelicals take a laissez-faire view of the financial markets but a highly interventional view of the government’s role in policing others’ individual choices. 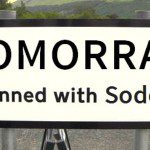 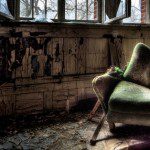