10 Tips for Dealing with Creationists 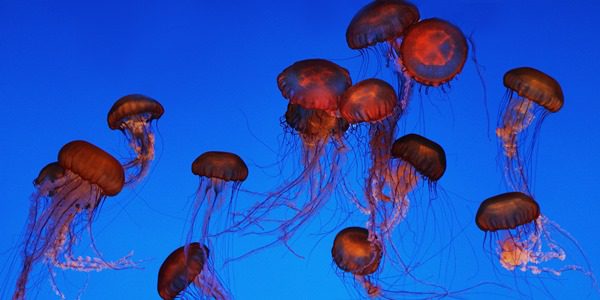 I hang out with Creationists occasionally and have seen many of the arguments they make. I’d like to tell you what I’ve found.

This isn’t a rebuttal against Creationist arguments (perhaps in a future post). Rather, I’d like to sensitize you to general errors that they make. Consider this a list of cautions when evaluating a Creationist presentation. (I respond to a Chick tract full of Creationist errors here.)

1. Check the speakers’ credentials. Almost no one who speaks as a Creationist or Intelligent Design proponent has credentials in the field he’s criticizing. I’m simply asking for speakers with doctorates in the field plus work credentials. That is, a biologist speaking about biology, a geologist about geology, a cosmologist about cosmology, and so on. There are hundreds of thousands of scientists. That this seems to be a lot to ask says a lot about Creationism and related dogmas.

There are journalists without scientific degrees who popularize science, but they follow the consensus. They don’t try to apply their own agenda to overturn it. Creationists attempting to overturn the biological consensus from outside biology—that’s something different.

2. Check dates of quotes or criticisms. Words can’t express how uninterested I am in what Darwin wrote or thought or did. Almost every Darwin quote that I’ve seen used by the Creationist/ID side has been taken out of context. Anyway, Darwin’s writings are not binding on evolutionary biologists today.

And don’t get me started about Darwin’s personal life—whether Darwin ate babies with barbeque sauce or plain (actually, he lived a pretty laudable life) says nothing about the question at hand: whether evolution is the best explanation for why life is the way it is.

3. Focus on the right bin. A popular complaint is to say that evolution led to eugenics, or that the teaching of evolution in public school correlates to the tragic downward spiral that society has made in the past 50 years, and it wasn’t like this when I grew up, and don’t get me started about the kids these days, and blah, blah, blah.

Evolution is science. Eugenics is policy. The scientists give society the best approximation of the truth, and the politicians decide what to do with this information. Don’t blame science for policy.

4. Watch for Hitler entering the conversation. Godwin’s Law states: “As an online discussion grows longer, the probability of a comparison involving Nazis or Hitler approaches 1.” Whether Hitler embraced evolution or not (unlikely, since Darwin was on the Nazi list of banned books—more here), what Hitler liked has no bearing on the accuracy of evolution.

5. Beware lists of Science’s errors. I’m thinking of lists such as the greatest hits of evolution’s mistakes—Piltdown Man, Nebraska Man, “Flipperpithecus,” and so on. Or theories that have been discarded—ether, phlogiston, geocentrism, the steady-state universe.

Yeah, science makes mistakes. Get over it. And what process discovered the errors? No, not Christianity or Creationism or divine revelation, but science!

Science clearly delivers pretty good approximations of the truth. For one glaring example, consider the science underpinning all the technology by which I communicate to you right now.

6. Watch for lots of quotes. Lots of quotes by scientists (often with missing or old dates) is another bad sign. Quotes simply invite counter-quotes, where I try to trump your science-y quote with one of my own, back and forth. For discussions between non-scientists, it’s better to stick with the consensus, which needs a reference but not a quote.

7. Expect “We’ve seen that evolution is wrong, so Creationism must be right!” This is simply a false dichotomy. Evolution might be wrong (though the evidence is so overwhelming that this is hard to imagine), but even if we discarded it, that wouldn’t leave Creationism the victor.

Did some Creator put life on earth? Wow—that’s an enormous claim. Provide the evidence.

A variation of this is a confident and enthusiastic assurance that the theory of evolution is in crisis, that all the rats are jumping ship, that the latest research shows its failures, that leading biologists reject it, and so on. In lectures, articles, books, or in-person discussions, I must’ve seen this a dozen times. The claim is wrong.

8. Beware the “Gish Gallop.” Duane Gish pioneered this underhanded debate tactic. When interviewed with a biologist, he would say something like, “Well, what about X? And Y and Z? Evolution can’t explain these things.” His biologist opponent probably had explanations for these puzzles and so began a tedious (for the audience) explanation of why these are nicely handled by evolution. But when the biologist stops for a breath, Gish is back, piling on more examples. If your goal is winning the argument rather than engaging with the truth, these kinds of games can make an effective approach.

What I find especially annoying is hearing an issue get thoroughly rebutted but then reused without change by the Creationist in the very next encounter. How many times has a biologist destroyed Ray Comfort’s “Where’s the crocoduck?” argument? And yet it pops back up like we’re playing Whac-a-Mole. Does he just value effectiveness over integrity?

9. Beware lying. Okay, that sounds harsh, but I don’t know what else to make of nonsensical claims from people who should know better.

In 2007, I attended a lecture by someone from the Institute for Creation Research, a young-earth Creationist organization. This lecture was remarkable because the topic was geology, and the speaker actually had a doctorate in geology. He described taking rock samples from an amphibolite layer in the Grand Canyon and getting various radioisotope dating results. Though the rocks were all from the same layer, the date estimates were all over the map. His unsurprising conclusion: this dating technique is flawed, and the Grand Canyon layers were laid down by Noah’s flood, thousands of years ago, not hundreds of millions.

Only after the lecture, after I’d done some research, did I learn that amphibolite is a metamorphic rock, and radioisotope dating is typically reliable only for dating igneous rocks. That the geologist didn’t bring up this point makes me reject his entire premise as unreliable.

10. Beware “Science backtracks all the time!” Science does find errors and correct itself, but don’t imagine that the next correction to evolution is as likely to be a small tweak as the overturning of the entire theory. Once a field is well understood, changes obey a power law (we see this with the magnitude of earthquakes, the frequency of word use, or the size of cities and towns). For every big earthquake we see thousands of tiny ones, and for every huge correction in a theory we see many small tweaks. The overturning of a well-established theory is very unlikely.

Since Creationists can’t be trusted to evaluate and discuss science, how can we trust their interpretation of the Bible, which is far more ambiguous?

Debating with a creationist is like playing chess with a pigeon.
It jumps on the board, knocks all the pieces off, craps on the table,
and flies off to its flock to claim victory.
— Anonymous 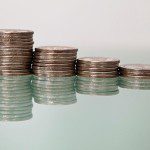 July 23, 2015
Gospels vs. the Perfect Miracle Claim
Next Post 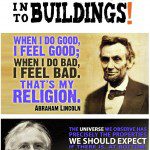 July 29, 2015 Street Preacher Cage Match
Recent Comments
720 Comments | Leave a Comment
Browse Our Archives
get the latest from
Cross Examined
Sign up for our newsletter
POPULAR AT PATHEOS Nonreligious
1