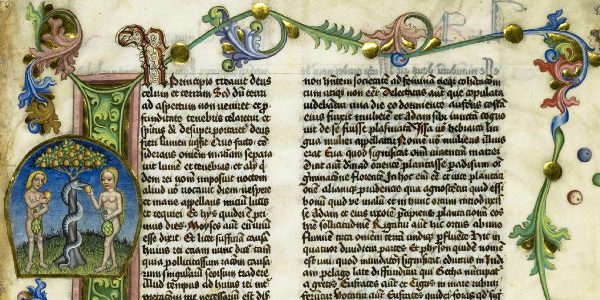 Flavius Josephus was a Jewish historian born in 37 CE. His Antiquities of the Jews, written in approximately 93 CE, has two references to Jesus. He was not a Christian, and this non-biblical source is often cited by apologists as strong confirmation of key elements from the gospel story.

This first passage is the famous Testimonium Flavianum:

Now there was about this time Jesus, a wise man, if it be lawful to call him a man; for he was a doer of wonderful works, a teacher of such men as receive the truth with pleasure. He drew over to him both many of the Jews and many of the Gentiles. He was [the] Christ. And when Pilate, at the suggestion of the principal men amongst us, had condemned him to the cross, those that loved him at the first did not forsake him; for he appeared to them alive again the third day; as the divine prophets had foretold these and ten thousand other wonderful things concerning him. And the tribe of Christians, so named from him, are not extinct at this day.

That’s surprisingly powerful support for the Christian position, but you know what they say about things that sound too good to be true.

Josephus was born after Jesus died, so in the most charitable interpretation, he is simply passing along second-hand information. More damning, scholars almost universally agree that this was not original to Josephus. This is what a Christian would’ve written, and Josephus was no Christian. Also, the passage interrupts the flow of the book at this point (that is, the book would read better if this passage were removed), and it is briefer than similar summaries in the rest of the work. This is what you’d expect from a later addition.

From the Jewish standpoint, Josephus was a traitor. A Jewish commander during the First Jewish-Roman War, he defected to the Roman side in 67 CE and wrote his history in Rome. Jews had little interest in copying his works to keep them in circulation, and it was mostly Christians who copied them. They might have been motivated to “improve” Josephus.

The earliest copy of the Testimonium Flavianum is from Eusebius (324 CE or earlier), a Christian scholar. That it is traceable back to Eusebius raises concerns. He is not considered a reliable historian, and it’s possible that he added this paragraph.

The second passage is a bit long, so let me summarize. Ananus was named the new high priest. He was eager to establish his authority, and he sentenced a group of men to death, one of whom was James the brother of Jesus. There was an outcry against this execution (perhaps it was hasty or was built on insufficient evidence—the text isn’t specific), and concerned citizens petitioned the Roman procurator to rein in Ananus. The procurator agreed and removed Ananus, “and made Jesus, the son of Damneus, high priest.”

Let’s return to James, one of the unfortunates executed by stoning. The text says:

… [Ananus] assembled the Sanhedrin of judges, and brought before them the brother of Jesus, who was called Christ, whose name was James, and some others …

While this doesn’t celebrate the miracles of Jesus, it does at least establish the existence of Jesus Christ in the first century, since the book was written in about 93 CE. However, David Fitzgerald (Nailed, p. 58–61) summarizes a Richard Carrier argument that makes an intriguing case that this isn’t what it seems to be.

The first problem is that this isn’t how other accounts describe the death of James the Just, the brother of Jesus Christ and first bishop of Jerusalem.

Next, notice the clumsy sentence structure:

“the brother of Jesus,
who was called the Christ,
whose name was James … ”

rather than simply “the brother of Jesus, whose name was James.” Imagine if “who was called the Christ” was originally a marginal note in a copy that was merged into the manuscript by a later scribe. Scholars can point to many examples of these scribal insertions. In the form that we have it, it’s like a chatty email that drops “and then I saw God’s divine representative” into a rather boring summary of a trip to the mall. Surely the reader of Josephus would say, “What?? Who cares about James? Go back and elaborate on that Christ bit!” This is what journalists call “burying the lead.”

The argument for that phrase being an addition goes from intriguing to convincing when we consider how the passage ends. Who replaced the hotheaded Ananus? It was “Jesus, the son of Damneus.” (Don’t forget that Jesus or Yeshua was a popular name at this time.)

Before, you had some random guy named James, highlighted for no reason from the list of those who were killed. But delete the “Christ” phrase as a later accidental addition, and the story makes sense. Ananus the high priest irresponsibly kills some people, and he’s removed from office. The job is given to Jesus the son of Damneus, the brother of one of the men killed, as partial compensation for the wrongful death.

Even with the most charitable interpretation, Josephus gives faint support for the Christian position—he’s simply passing along hearsay of supernatural events. We would give this the same credibility deserved by any ancient book with supernatural claims.

A critical review shows why both of these could be later additions, suggesting an original Josephus with no references to Jesus Christ. This is just educated guesswork, and scholars don’t argue this position with certainty, but a Josephus that might have referenced Jesus is a weak foundation on which to build any truth claims of Christianity.

When others asked the truth of me,
I was convinced it was not the truth they wanted,
but an illusion they could bear to live with.
— Anais Nin 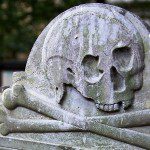 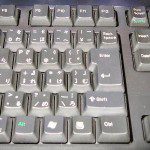