Let’s conclude our critique of Eric Hyde’s analysis of atheist arguments, “Top 10 Most Common Atheist Arguments, and Why They Fail.” (Begin with part 1 here.) 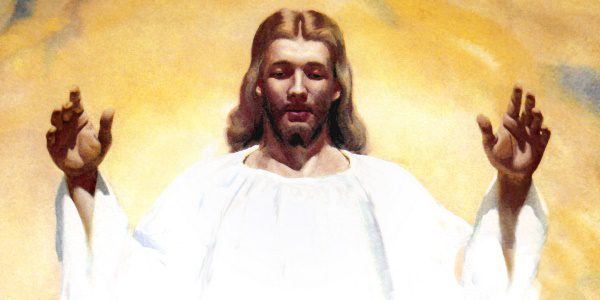 “8. History is full of mother-child messiah cults, trinity godheads, and the like. Thus the Christian story is a myth like the rest.”

There’s a lot of straw-manning with the formulation of this and other arguments. I’ve never heard an atheist talk about supernatural story elements seen in other mythologies and then conclude that, because Christianity has them too, it must be a myth. Rather, we conclude that Christianity springing from a culture suffused with stories of dying-and-rising gods, virgin births, and other miracles suggests that Christianity is no more historically accurate than they are. Remember that Palestine was at the crossroads of Egypt, Persia, Greece, and Rome. The early Christian authors would be quite familiar with the supernatural tales from surrounding lands.

A counterfeit coin does not prove the non-existence of the authentic coin, it proves the exact opposite.

At this point in the argument, other apologists usually yield as little as possible and emphasize the differences between the Jesus resurrection and the rebirth of Dionysus, the Jesus virgin birth story and the godly parentage of Alexander the Great, and so on. (Of course the stories are different! If the Jesus story were identical to that of Dionysus, we’d call him “Dionysus.”) But Hyde admits that many of the supernatural story elements are common.

It seems only natural that if the advent of Christ was real it would permeate through the consciousness of mankind on some level regardless of their place in history. One should expect to find mankind replicating these stories, found in their own visions and dreams, again and again throughout history. And indeed, that is what we find.

Is he declaring that all roads lead to God?

He imagines that the key elements of the Jesus story magically suffused through cultures, long before the Christian era. That’s a rather desperate attempt to salvage the story, and I’d like to see some evidence for this. But why grope for a supernatural explanation when the natural one leaves nothing unaddressed: Christianity broke away as a new religion just like countless others do, and it took on elements of the surrounding culture. Remember that the entire New Testament was written in Greek, and it couldn’t help but take on elements of the wider culture as it was passed orally for decades in Greek culture before being written down as the gospels.

“9. The God of the Bible is evil. A God who allows so much suffering and death can be nothing but evil.”

This is the Problem of Evil, and Hyde agrees that it’s a powerful argument. He responds with the popular appeal to objective moral truth.

The argument takes as its presupposition that good and evil are real; that there is an ultimate standard of good and evil that supersedes mere fanciful “ideas” about what is good and evil.

He imagines that objective morality—morality that is true whether or not there’s anyone here to appreciate it—exists, and the atheist knows it. The tables are turned, and the atheist must acknowledge God as the grounding of his morality.

Nope. I need evidence for this objective morality, and Hyde provides none. He just asserts it with his reference to an “ultimate standard.”

It’s weird for someone who does not believe in ultimate good and evil to condemn God as evil because He did not achieve their personal vision of good.

Who decides what my moral beliefs are but me? I’ll grant that I’m an imperfect judge, but the buck stops here. I’m all I’ve got, and that’s true for everyone else.

The same goes for claims of God’s existence. When you consider the evil that God does in the Old Testament, does this look like the actions of an all-good god? We don’t presuppose God and then hammer the facts to fit; we evaluate the claims to see if the evidence points there. And Christianity fails with this mismatch between the claims of an all-good god versus reality and their own holy book.

“10. Evolution has answered the question of where we came from. There is no need for ignorant ancient myths anymore.”

He says that the evolution vs. Creationism debate is where we see the Christian challenge to science most clearly played out. His strawman version of the atheist argument is that science will eventually answer all questions about reality. This isn’t my position; I simply say that science has a remarkable track record for teaching us about reality, while religion has taught us absolutely nothing. Religion makes claims—that there is life after death, for example—but these are always without sufficient evidence.

Hyde declares that he has lost all interest in the debate and says, “Usually both sides of the debate use large amounts of dishonesty in order to gain points.” What’s dishonest about the evolution side? It’s the overwhelming scientific consensus. As laymen, we can gnash our teeth about that consensus, but we’re still obliged to accept it as the best provisional explanation that we have.

(Just to put the final nail in this coffin, I’ve included an appendix below of many sources, both from within the scientific community as well as from evolution deniers, making clear that evolution is the consensus.)

He goes on to get confused about what evolution claims and doesn’t claim. In the interest of time, I’ll give my responses and let you imagine the claims: there are no serious objections to evolution; evolution doesn’t claim to explain the origin of life—that’s abiogenesis; the Big Bang is also well-established science, though it doesn’t overlap evolution at all; and yes, science unashamedly has unanswered questions—working on those is where new knowledge comes from.

Since science has the track record, I suggest we look to it for answers, not religion.

Hyde wraps up with something of a Non-Overlapping Magesteria kind of argument:

Science is fantastic if you want to know what gauge wire is compatible with a 20 amp electric charge, how agriculture works, what causes disease and how to cure it, and a million other things. But where the physical sciences are completely lacking is in those issues most important to human beings—the truly existential issues: what does it mean to be human, why are we here, what is valuable, what does it mean to love, to hate, what am I to do with guilt, grief, sorrow, what does it mean to succeed, is there any meaning and what does ‘meaning’ mean, and, of course, is there a God?

Yes, religion does have answers to “What is my purpose?” and “Is there an afterlife?” and other existential questions. But take a look at a map of world religions and you’ll see the problem: religion’s answer depends on where you live in the world! Religions are just local customs. Sure, they have answers, but why think they’re any more objectively true than the local customs on when a gentleman should remove his hat or which utensil to use to eat your salad?

Science has answers; it’s just that the Christian doesn’t like them.

You either have a god who sends child rapists to rape children
or you have a god who simply watches and says:
“When you’re done I’m going to punish you.”
If I could stop a person from raping a child, I would.
That’s the difference between me and your god.
— Tracie Harris, The Atheist Experience

Appendix: Evolution is the scientific consensus

Even the evolution deniers at least admit that evolution is the scientific consensus. 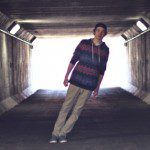 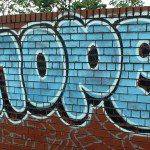