12 Reasons Why Jesus Is a Legend

12 Reasons Why Jesus Is a Legend August 5, 2015 Bob Seidensticker

Apologist C. S. Lewis is famous for his Liar, Lunatic, or Lord trilemma—Jesus must be either a liar (he knew that his claims of deity were false), a lunatic (his nutty claims are explained by his being crazy), or he was who he said he was, the Lord.

But, of course, this ignores the bin into which we put similar claims—Legend. (For more background, read “C. S. Lewis Gets it Wrong: Liar, Lunatic, Lord … or Legend?”) 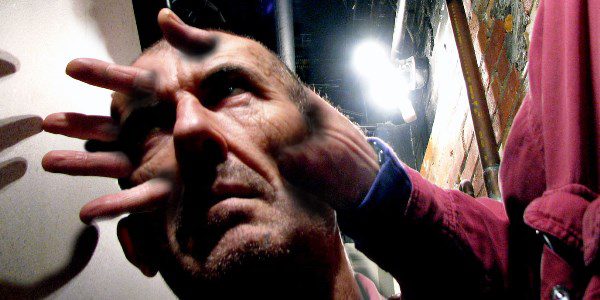 1. “Legend” isn’t the consensus view among scholars. You ridicule Creationists for rejecting the scientific consensus, but you’re guilty of the same error here.

Who are these scholars? Are they Christian theologians as well? If so, could they be (dare I say it?) biased? Historians filter supernatural explanations out of history, labeling supernatural claims myth or legend.

Consider the consensus response of Muslim scholars to the gospel story. They reject the resurrection, and yet they have no bias against supernatural explanations and they’re experienced with ancient documents. If Christian scholars accept the gospel story but Muslim scholars don’t, then it looks like religious scholars can shoehorn data to fit their religious worldview. My conclusion: the consensus of religious scholars is quite different from a scientific consensus.

2. Jesus claimed to be God. The tomb was empty. The disciples believed they’d met the risen Lord. These facts can’t be simply dismissed.

The empty tomb, the risen Jesus, the martyred disciples, and so on are part of the story. The entire story is suspect—the New Testament isn’t even internally consistent on whether Jesus remained on earth for one day or forty days—so Christians can’t use one part of the story (crucifixion plus empty tomb) to support another (resurrection).

And beyond the earliest days of the religion, early Christians were believers because they’d been converted, not because they were witnesses to supernatural events, just like today. The 9/11 hijackers believed in Paradise for martyrs, but that doesn’t mean that that’s true. We have no good reason to imagine that eyewitnesses wrote the gospels rather than someone simply documenting the Jesus story as it had developed within their church community.

3. Arguments explaining away the resurrection have all failed. These claim that Jesus “swooned” and wasn’t killed by the crucifixion, the women mistakenly went to the wrong tomb, the disciples stole the body, and the “risen Jesus” was just a hallucination. These are universally rejected by scholars.

Christians love these arguments because they’re easily knocked down, but I don’t use them and I don’t know of any modern atheist who uses them either. These arguments assume that the empty tomb is history; I say that it’s just a story.

4. The Jesus story is corroborated by non-Christian historians.

Josephus (born about 7 years after the death of Jesus), Pliny (31 years), Suetonius (39 years), and others said little more than “there are people called Christians who worship a man called Jesus,” and sometimes a lot less than this. These are natural claims and do nothing to support the Bible’s supernatural claims. It’s not like we actually have good evidence, like a video recording or an objective article from the Jerusalem Times written immediately after each miracle.

5. You don’t think much of the evidence of the gospel story, but you must admit that it’s something. It’s more evidence than you have. You have no case without positive evidence of your own. For a scientific issue, you provide a scientific argument, but you’re in the domain of history now, and you must play by its rules. You have an alternate explanation of the gospel story? Then provide your historical evidence.

I don’t have contemporary evidence that refutes the claim that George Washington could fly. Must I provide evidence of contemporaries reporting Washington not flying before you’ll reject that claim? Couldn’t I simply refute such a claim by pointing to likelier explanations of the facts? (More.)

We will never have first-century documentation by someone who can verify that Jesus never walk on water (and how trustworthy would such a document be anyway?). So what does that mean—that the gospels must therefore be historically accurate? No—the plausible natural explanation always trumps the supernatural.

The Christian claim is: Nothing explains the facts better than an all-powerful, all-knowing, omnipresent god creating the universe and sending Jesus to spread his message. This is about as remarkable a claim as could be stated, and yet it is tossed out lightly. Christians seem to imagine that “God did it” is as plausible as the natural explanation that stories grow with the retelling.

The Christian has the burden of proof, and it’s an enormous burden given this enormous claim.

If [Christianity] offered us just the kind of universe we had always expected,
I should feel we were making it up.
But, in fact, it is not the sort of thing anyone would have made up.
It has just that queer twist about it that real things have.
— C.S. Lewis, Mere Christianity 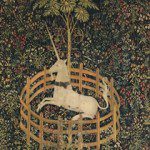 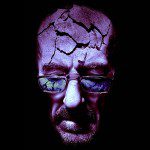 August 7, 2015 12 Reasons Why Jesus Is a Legend (2 of 3)
Recent Comments
860 Comments | Leave a Comment
Browse Our Archives
get the latest updates from
Cross Examined
and the Patheos
Nonreligious
Channel
POPULAR AT PATHEOS Nonreligious
1