And God is Not Good, Either

And God is Not Good, Either August 29, 2015 Bob Seidensticker

It’s the fourth anniversary of the Cross Examined blog! There have been over 1.5 million page views on the blog and 18,000 comments. I’ve written two books about the Christianity/atheism debate, Cross Examined: An Unconventional Spiritual Journey and A Modern Christmas Carol. Please spread the word, and tell your friends about the blog and books. I couldn’t do this without you.

In celebration, I’d like to repeat a post I wrote as an homage to the powerful speaker and eloquent author of God is not Great and much more, Christopher Hitchens (1949–2011). Hitchens fought nonsense till the end, and he has been an inspiration to me and countless other atheists. In my own small way, I hope I’m continuing the fight against nonsense. 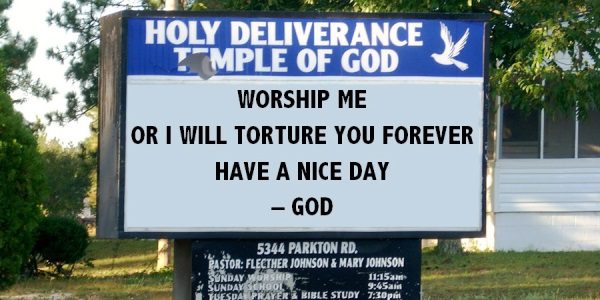 The child’s blessing goes, “God is great, God is good, let us thank him for our food.” Hitchens’ God is not Great is an eloquent rebuttal to the first claim of this prayer. Let’s consider here the second claim: God is good. Indeed, the Bible makes this clear: “Praise the Lord, for the Lord is good” (Psalm 135:3).

But does the dictionary agree? We must use words according to their meaning.

Here is what God commands about cities that refuse to submit to the Israelites: “Completely destroy them—the Hittites, Amorites, Canaanites, Perizzites, Hivites and Jebusites—as the Lord your God has commanded you” (Deuteronomy 20:17).

You and I know what “good” means. If you were a king or general and you ordered the genocide of those tribes—over ten million people, according to the Bible*—would you be considered good?

But you might say that this was wartime, and the rules were different. Yes it was wartime, but the Israelites were the invaders, displacing Canaanites from land they had occupied for centuries. God tells the Israelites to destroy the Amalekites: “Attack the Amalekites and totally destroy all that belongs to them. Do not spare them; put to death men and women, children and infants” (1 Samuel 15:3).

What could the infants have possibly done to deserve death?

Moses tells the Israelites that they must kill all of the Midianites, with one exception: “Now kill all the boys. And kill every woman who has slept with a man, but save for yourselves every girl who has never slept with a man” (Numbers 31:17–18).

Who’s ever heard any of these verses made the subject of a sermon?

The immoral commands don’t stop with genocide. Slavery wasn’t prohibited in the Bible; in fact, it was so much a part of everyday life that it was regulated. In the same way that God told the merchants to sell using fair weights and measures (Deuteronomy 25:15), he told the Israelites how to handle slaves—how to treat a fellow Israelite as a slave (Exodus 21:4–6 and Leviticus 25:39), how to sell your daughter into slavery (Exod. 21:7), how to decide when a beating was too harsh (Exod. 21:20–21), and so on.

Don’t pretend that biblical slavery was like indentured servitude. That was true for fellow Jews, but for non-Jews, it was good, old-fashioned slavery for life. “You may even bequeath them to your sons after you, to receive as a possession; you can use them as permanent slaves” (Lev. 25:44–46).

And this doesn’t even consider the Flood. Why drown his creation instead of poofing them out of existence? God may exist and he may be powerful, but can the word “good” be applied to a being who does this?

Let’s turn from God’s unsavory side to his attempts at encouraging good behavior. It’s odd that the Ten Commandments has room for “don’t covet” but no prohibitions against slavery, rape, genocide, or infanticide. Christopher Hitchens cuts through the problem:

It’s interesting to note that the tenth Commandment, do not covet, is given at a time when the Israelites wandering in the desert are kept alive with covetous dreams—of taking the land, livestock, and women from the people living in Palestine. In fact, the reason why injunctions against rape, genocide, and slavery aren’t in the Ten Commandments is because they’ll be mandatory pretty soon when the conquest of Palestine takes place. (Videos here and here.)

So in the Bible, they’re not crimes—they’re tools!

1. But things were different back then. We can’t judge Jews in Palestine 2500 years ago with today’s standards.

Can we assent to these crimes at any time in history? I agree that standards of morality have changed, but Christians are supposed to reject moral relativism. They’re the ones who imagine an unchanging, objective morality. If slavery is wrong now, they must insist that it was wrong then.

2. But God’s actions are good—they just are. His actions are the very definition of good. That’s as fundamental a truth as we have.

Shouldn’t God follow his own rules? If God is the standard for goodness (Matthew 5:48), what else can this mean but that we should look to God’s actions as examples for us to follow?

Abraham made clear that God was held to the same moral standards as Man. He said, “Will not the Judge of all the earth do right?” as he argued against God’s plan to destroy Sodom and Gomorrah. And God agreed (Genesis 18:20–33).

If Christians modify the dictionary so that no action of God’s could ever be bad, assigning the word “good” to God’s actions says nothing. They hope to make an important statement with “God is good,” but debasing the dictionary makes the word meaningless.

Playing games with the dictionary causes other problems. If there are two supernatural agents, God and Satan, how do you tell which is which? If the one that controls our realm is “good” by definition, maybe we’re stuck with Satan and have simply convinced ourselves to call him good. That’s not a crazy idea, given the world’s natural disasters, disease, war, and other horrors. Imagine Satan ruling this world and convincing us that the death of an innocent child is part of a greater plan, if you can believe such a thing. And yet that’s the world we live in! People look at all the bad in the world and dismiss it, giving Satan a pass. (… Or are we giving God a pass? I can’t tell which.)

If this thinking is getting a bit bizarre, that’s the point. That’s what happens if you declare God’s actions good by definition.

3. But the Canaanites were terrible, immoral people! They sacrificed babies!

How reliable are the Bible’s analysis of the Canaanites’ morals? If these tales come from the Canaanites’ enemies, how objective are they? And even if the Canaanites did sacrifice babies, isn’t solving this with genocide like using a sledgehammer to swat a fly? Couldn’t an omniscient guy like God figure out a better way than genocide to encourage a tribe to improve their behavior?

4. C’mon—can’t you recognize exaggeration when you see it? This is just soldiers bragging around the campfire that grew until it was incorporated into Israelite lore. You don’t really believe the genocide stories, do you? Indeed, archeologists show no evidence of this mass slaughter.

Take your pick—is the Bible reliable history or not? I disagree with the Bible literalists, but at least they wouldn’t be so hypocritical as to abandon the Bible when it embarrasses them.

Christians who label some Bible passages exaggerations and others as history are using their own judgment to figure this out. I’m not complaining—that’s what I do myself—but they can’t then turn around and say that they get their guidance from the Bible. No, my friend—the interpretation comes from you, not the Bible!

5. A bad thing today sets us up for a greater good in the future.

This is no more plausible than the reverse: “a good thing today sets us up for a greater bad in the future.” Why imagine one over the other? Only because we presuppose God’s existence, the thing we’re trying to prove. And it’s ridiculous to imagine an omniscient God deliberately causing the Haiti earthquake and killing 300,000 because he can act no more precisely than this.

6. But God is unjudgeable. God said, “As the heavens are higher than the earth, so are my ways higher than your ways and my thoughts than your thoughts” (Isaiah 55:9). It’s presumptuous of us to judge God. If God says that the Amalekites deserved to die, that’s good enough for me.

Okay, let’s not judge God then. Let’s avoid labeling him. But then not only can we not label his shocking actions “bad,” we can’t label his pleasing actions “good.” The good God is no more.

And there’s more fallout from the “we imperfect humans can’t judge God” argument. Consider this from Bob Price:

[The ultimate certainty in your mind, the believer’s mind, is] the guarantee that [God] will honor that ticket to heaven he supposedly issued you. Here’s a troublesome thought. Suppose you get to the Day of Judgment and God cancels the ticket. No explanation. No appeal. You’re just screwed. Won’t you have to allow that God must have reasons for it that you, a mere mortal, are not privy to? Who are you, like Job, to call God to account?

Of course many Christians want it both ways. They want to judge God’s noble actions as “good” but withhold judgment for actions that any thoughtful person would find abominable. But if you can’t understand God’s actions when they look bad, why flatter yourself that you understand them when they look good?

Think of this as the Word Hygiene argument. You can either call a spade a spade and acknowledge God’s cruelty or say that he’s unjudgeable. Take your pick—either way, you can’t call him “good.”

Gullibility and credulity are considered undesirable qualities
in every department of human life—
except religion.
— Christopher Hitchens

* Here’s the math behind that figure: Israel had 600,000 men before entering Canaan (Ex. 12:37), or about two million people total. These six tribes are all larger than Israel (Deut. 7:1). That makes well over ten million people in the tribes God orders exterminated. 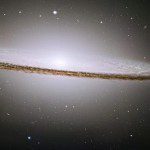 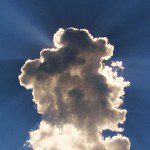 August 31, 2015 How Much Faith to Be an Atheist? (A Response to Geisler and Turek, Part 3)
Recent Comments
1,070 Comments | Leave a Comment
Browse Our Archives
get the latest updates from
Cross Examined
and the Patheos
Nonreligious
Channel
POPULAR AT PATHEOS Nonreligious
1