How Much Faith to Be an Atheist? (A Response to Geisler and Turek, Part 2)

How Much Faith to Be an Atheist? (A Response to Geisler and Turek, Part 2) August 27, 2015 Bob Seidensticker 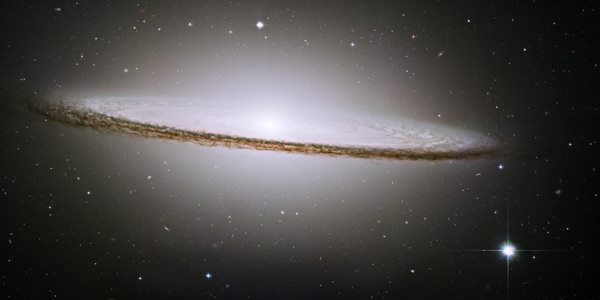 For more information, I’d like to recommend a recent excellent and thorough critique by fellow Patheos atheist Jeffery Jay Lowder.

Let’s move on to some vaguely science-y arguments in I Don’t Have Enough Faith to Be an Atheist.

Geisler and Turek (GT) uses the familiar form of this argument:

1. Everything that had a beginning had a cause

2. The universe had a beginning

Why the “that had a beginning” caveat? The phrase is obviously added to avoid the challenge, “But if the universe had a cause (let’s call it ‘God’), what caused God?” What that premise is trying to say is, “Everything had a beginning … except God.” That’s a remarkable claim, and we need evidence before we accept that God had no beginning.

GT labels premise 1 the “Law of Causality,” but an impressive label doesn’t make it right. In fact, the popular Copenhagen interpretation of quantum mechanics says that it’s wrong: at the quantum level, events don’t always have causes. When an electron comes out of a decaying nucleus, that event had no cause.

Even if “Everything that had a beginning had a cause” were always true, we’re talking about two different kinds of “begins to exist.” In our world, everything that begins comes from something else. The oak tree comes, not only from the acorn, but from sunlight, water, and carbon dioxide. Even quantum particles, virtual or otherwise, come from the matter or energy that was there before. But GT is talking about the universe, which they think came from absolutely nothing. Science knows of no examples of such thing happening, and we’ve entered the realm of science fiction. Or religion.

Another problem is that cause implies time. X wasn’t there, then the cause happened, and now X is there. But how does this make sense when there is no time before the Big Bang?

Here are a few more ideas:

You know the witticism about knowing just enough to be dangerous? That’s GT within science. I just wish their readership were skeptical enough to catch their negligence.

If a wind-up clock is running down, then someone must have wound it up. (p. 77)

Why someone? Why not something? GT’s agenda is showing. Childish naiveté is appealing in a child; here it’s just tiresome.

Since we know of no other supernatural explanations for natural things, we won’t be starting now.

And most cosmologists accept the idea of a zero-energy universe in which the positive energy in things like matter is balanced by the negative energy in gravity. No, this appeal to thermodynamics fails. The universe isn’t running down; from a net energy standpoint, it’s doing nothing, and no scientific laws are violated.

GT handwaves about the “overwhelming evidence for the Big Bang and its consistency with the biblical account in Genesis” (p. 84).

Yes, the evidence for the Big Bang is overwhelming, but there are no clues to it in the six-day creation account in Genesis. Where in Genesis do you find the idea of a singularity? Inflation? Quantum physics? The unification of the four fundamental forces? 13.8 billion years?

You might respond that Genesis isn’t supposed to be a science textbook, and that’s fine. But someone who agrees with this shouldn’t try to jump on the science bandwagon now.

Here’s how GT could make its case. Give an unbiased person a copy of the six-day creation story in Genesis, and ask for a one-page summary of the main scientific points with no theology. Now get the same thing from a science perspective—say from middle school textbooks that cover cosmology, geology, and evolution. Compare the two summaries. You still think they would be consistent?

The Cause of the Universe revealed!

GT wants to find properties in the Big Bang that they can match up to with properties of the Christian god.

Since science gave us information for the Big Bang, to merely use that as a launching point into conjecture, jettisoning science when it’s inconvenient and swapping in Christianity, reveals their agenda. Again. Science says, “We don’t know” when appropriate, and that’s a perfectly good answer when, in fact, we don’t know.

Science doesn’t imagine any being behind the Big Bang; there simply isn’t any evidence pointing there. But that doesn’t stop GT from loving and groundless speculation in that direction. They’ve already named it First Cause, so they’re halfway to God: it must also be “unimaginably powerful,” “supremely intelligent,” and “personal” (personal, because he chose to create the universe). And when you squint at the Bible, you find those properties an exact match for (drum roll!) the Christian god!

And who says that what came before the universe (if that’s even a well-constructed idea) was nothing? Let’s leave the nice scientists alone and let them do their work. If any discipline will tell us more about the origin of the universe, it will be science. Religion has taught us nothing verifiable about reality. 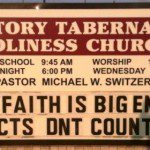 August 25, 2015
How Much Faith to Be an Atheist? (A Response to Geisler and Turek)
Next Post

August 29, 2015 And God is Not Good, Either
Recent Comments
265 Comments | Leave a Comment
Browse Our Archives
get the latest from
Nonreligious
Sign up for our newsletter
POPULAR AT PATHEOS Nonreligious
1