Four Blood Moons: the Ultimate Punchline Is Nigh

If it feels like we’ve been here before, we have. John Hagee imagines that the last 18 months have been a slow-motion display of God saying, “Look out!” (I find it more fun to imagine God’s voice getting really low because it’s stretched out).

Look for a total lunar eclipse on Sunday night (9/27/15). In Seattle, totality begins at 7:11pm and ends at 8:23. The partial eclipse lasts another hour. Add three hours to convert to Eastern time. 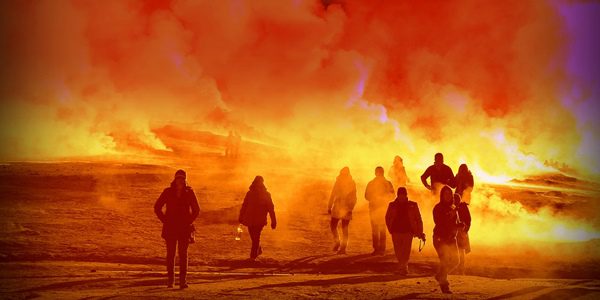 Why is this eclipse interesting?

Because the plane that the moon rotates in is off by five degrees from the ecliptic (the plane defined by the orbit of the earth around the sun), an opportunity for either lunar or solar eclipses only happens twice a year. Lunar eclipses are quite common, with total eclipses somewhat less so. Much less likely is when there is a total eclipse and then six months later, another, and then another, and then another—four total lunar eclipses over 18 months. Since the year 1CE, there have been 57 such “tetrads.”

Why is this eclipse interesting religiously?

Now consider the religious connection. The Jewish festivals of Passover and Sukkot begin on full moons, and they are also six months apart. A lunar eclipse tetrad can line up with them, and there have been seven such alignments since 1CE. The eighth concludes on Sunday.

So, what’s the religious significance of this alignment? None. Joel 2:30–31 talks about the moon turning to blood, and Christian Zionist opportunist John Hagee has invented a connection. Since total eclipses usually look red, he calls a lunar eclipse tetrad that aligns with the Jewish festivals “four blood moons,” and he says they line up with significant events in Jewish history. He argues his theory by looking at the last three alignments (the dates below are of the first eclipse in the tetrad).

The sharp-eyed reader will notice that the Jews were actually expelled from Spain one year earlier. The date for the establishment of Israel is also off.

So Hagee’s hypothesis is that tetrads mean either good or bad things happening to the Jewish people, with the date a little fuzzy. Note also that not all significant events get a tetrad. The Holocaust during World War II is glaringly absent. God’s message then becomes, “Something good or bad will soon happen to the Jewish people, or has happened, and I might’ve missed a few.” I have higher standards for Hagee’s god than Hagee does.

It gets worse when we consider the four ignored alignments, which began in the years 162, 795, 842, and 860. Hagee doesn’t bother wondering what God was saying with these, because they don’t support his flabby hypothesis. But if God wanted to point to important events for the Jewish people, obvious candidates would have included the three Jewish-Roman Wars. Hagee doesn’t seem to credit his flock with much knowledge, but even they will know the first omission.

(For further detail on Hagee’s ill-advised dabblings into prophecy, I’ve written more here. And about his movie. And about what actually makes a good prophecy.)

This tetrad as a placeholder provides an opportunity to pile on more stuff with no concern for whether Christianity or Judaism says that this is meaningful (they don’t).

Let’s conclude by trying to figure out what’s actually supposed to happen in Part 2. 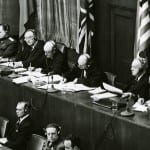 September 23, 2015
How Much Faith to Be an Atheist? Geisler and Turek’s Moral Argument (Part 3).
Next Post 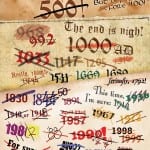 September 26, 2015 Four Blood Moons: the Ultimate Punchline Is Nigh (2 of 2)
Recent Comments
140 Comments | Leave a Comment
"The classical theists over at Strange Notions may not want to accept that, but that ..."
WCB God’s life is hell
"And 50% of the time makes a coin toss come up heads. On average. Praise ..."
Michael Murray Irresponsible use of the awesome power ..."
"I think you are correct that it isn’t a convincing argument. There was a blog ..."
Maltnothops God’s life is hell
"If you get the chance don't miss it."
Otto God’s life is hell
Browse Our Archives
get the latest updates from
Cross Examined
and the Patheos
Nonreligious
Channel
POPULAR AT PATHEOS Nonreligious
1