How Reliable is Apostle Paul When He Knew Very Little About Jesus?

How Reliable is Apostle Paul When He Knew Very Little About Jesus? September 4, 2015 Bob Seidensticker 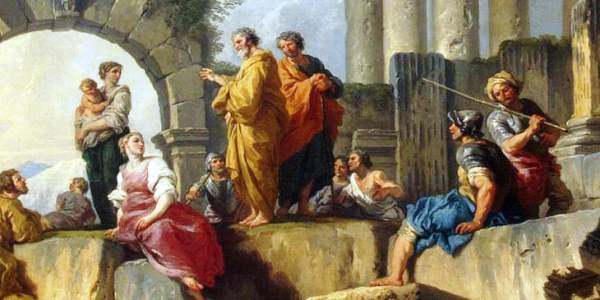 For being the founder of Christianity, Paul knew surprisingly little about Christ.

If we were to extract biographical information from the gospels, we’d have a long list—the story of Jesus turning water into wine, walking on water, raising Lazarus, the Prodigal Son story, curing blindness with spit, odd events like his cursing the fig tree, and so on. But what information about Jesus do we get from Paul?

We’ll start with the well-known passage from 1 Corinthians 15.

This tells us that

3. Jesus was resurrected from the dead three days later, in fulfillment of prophecy.

4. Jesus made many post-resurrection appearances.

Though 1 Corinthians was written perhaps twenty years after the death of Jesus, some scholars argue that this three-sentence passage was written with a different style and so is an early creed that preceded Paul’s writing, taking us back closer to the earliest disciples. But others use the same logic to argue the opposite conclusion, that it was a later insertion. (Our oldest copy of this passage comes from papyrus manuscript P46, written around 200. That’s close to two centuries where we can’t be sure what changes might’ve been made.)

Let’s first sift through Paul’s epistles for confirmation of these first claims.

4. Not confirmed: There is no confirmation of the post-resurrection appearances in Paul’s epistles.

The rest of Paul’s Jesus

Here are the additional biographical details we find in Paul’s letters.

9. He was selfless “do not merely look out for your own personal interests, but also for the interests of others; [this attitude] was also in Christ Jesus” (Philippians 2:4–7).

12. He asked that his followers eat bread and drink wine in remembrance of him (1 Cor. 11:23–6). (However, the Vridar blog argues that this is an interpolation.)

We could go further afield, into books that are almost universally rejected as authored by Paul. For example, 1 Tim. 6:13 places the trial of Jesus during the rule of Pontius Pilate, and Hebrews 5:5 gives an Adoptionist view of Jesus (that is, Jesus was a man adopted by God).

But if we stick to just the reliably Pauline works, assume the authenticity of 1 Cor. 15, and ignore that our copies are far removed from the originals and therefore suspect, here is the Gospel of Paul:

Jesus died for our sins by crucifixion, was buried, and was then raised from the dead three days later, according to prophecy. He was seen by many after the resurrection. He was a Jew, had brothers, and was a descendant of David. He was poor, meek, gentle, and selfless, and his mission was to both Jew and Gentile. He was betrayed, he defined a bread and wine ritual for his followers, and the Jews killed him.

The Gospel of Paul is one brief paragraph. It arguably has the most important element—death as a sacrifice for our sins and resurrection—but very little else.

No parables of the sheep and the goats, or the prodigal son, or the rich man and Lazarus, or the lost sheep, or the good Samaritan. In fact, no Jesus as teacher at all.

No driving out evil spirits, or healing the invalid at Bethesda, or cleansing the lepers, or raising Lazarus, or other healing miracles. As far as Paul tells us, Jesus performed no miracles at all.

No virgin birth, no Sermon on the Mount, no feeding the 5000, no public ministry, no women followers, no John the Baptist, no cleansing the temple, no final words, no Trinity, no hell, no Judas as betrayer (he mentions “the twelve”), and no Great Commission. Paul doesn’t even place Jesus within history—there’s nothing to connect Jesus with historical figures like Caesar Augustus, King Herod, or Pontius Pilate.

Perhaps everyone to whom Paul wrote his letters knew all this already? Okay, but presumably they already knew about the crucifixion, and Paul mentions that 13 times. And the resurrection, which Paul mentions 14 times.

Christians may say that Paul knew the biographical details of Jesus but simply didn’t have occasion to write of them, but this route must not be taken lightly. When the issue of the dating of New Testament books comes up, those Christians will want to take the opposite approach. The lack of certain historical events in the gospels or Acts (death of Paul, destruction of the Temple) must mean that the author didn’t know of them. As a result, they’ll say, we must date these books before those historical events.

So which is it—does a notable omission mean that the author didn’t know that fact or simply didn’t bother relating it?

Paul indirectly admits that he knew of no Jesus miracles:

Jews demand signs and Greeks look for wisdom, but we preach Christ crucified: a stumbling block to Jews and foolishness to Gentiles (1 Cor. 1:22–3)

Why “a stumbling block”? Jesus did lots of miraculous “signs”—why didn’t Paul convince the Jews with these? Paul apparently didn’t know any. The Jesus of Paul is not the miracle worker that we see in the Jesus of the gospels.

But suppose the problem is Jews demanding actual miracles performed in front of them, not merely stories of miracles. That shouldn’t be a problem either. Jesus said, “Whoever believes in me will do the works I have been doing, and they will do even greater things than these” (John 14:12). And, indeed, the book of Acts reports that this happened. Peter healed a lame man (Acts 3:1–8) and raised a woman from the dead (Acts 9:36–42), Philip exorcised demons to heal people (Acts 8:5–8), and “the apostles performed many signs and wonders” (Acts 5:12).

So then who was Paul referring to?

The Jesus of Paul isn’t the Jesus of the gospels. Robert Price questions whether Paul even imagined an earthly Jesus (Bible Geek podcast for 10/3/12 @ 1:15:10). Where did the Jesus in Paul’s mind come from, if not history? Perhaps from the Scriptures. Commenter Greg G. lists Paul’s traits of Jesus and shows where in the Old Testament he could have gotten them. (I’ve written more about the evolution of the Jesus story here.)

The Gospel of Paul is more evidence that the Jesus story is just a legend that grew with time.

Reason must be deluded, blinded, and destroyed.
Faith must trample underfoot
all reason, sense, and understanding.
— Martin Luther 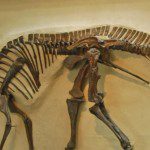 September 2, 2015
How Much Faith to Be an Atheist? (A Response to Geisler and Turek, Part 4)
Next Post 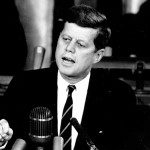