Reject the Scientific Consensus? How Do You Justify THAT?

Reject the Scientific Consensus? How Do You Justify THAT? October 7, 2015 Bob Seidensticker

What reason goes in that blank? What could possibly go in that blank? If you’re a layperson in a particular scientific field, how could you reject that field’s scientific consensus, where it exists, as the best provisional explanation of that aspect of nature?

You might think that evolution is a remarkable claim. Perhaps even that the evidence isn’t there (though the fact that you’ve only dipped your toe into the water would scream out as the obvious explanation). What I can’t imagine is concluding, based in that “research,” that the theory of evolution is flawed. On what grounds could someone reject the consensus of the people who actually understand the evidence, the people who actually have the doctorate degrees and who actually do the work on a daily basis?

I often hear people handwaving justifications. I attended a debate in which the Creationist speaker demanded that we follow the evidence. That sounds like odd advice from someone who doesn’t have the consensus on his side until you translate that into what he meant: give yourself license to weigh scientific conclusions yourself and discard the ones you dislike.

When science and scripture conflict, Ken Ham of Answers in Genesis tells Christians that they shouldn’t go with the discipline with the remarkable track record for telling us about reality. Instead, discard that and go with faith.

These same people wouldn’t dream of telling a surgeon how best to approach a particular operation or a pilot how to fly a plane. But they seem quite happy to read a Creationist book and reject any consensus in biology, geology, or cosmology that steps on their theological toes. Can these science deniers possibly be so self-important as to pretend to be the Judge of All Science®, anointing the correct science and rooting out the false?

Creationists’ arguments often defeat themselves. Ask them how they make their conclusion and few will say that they’ve evaluated the scientific papers themselves. Rather, they will point to Creationist or ID “scientists” from the Discovery Institute, the Institute for Creation Research (ICR), Answers in Genesis (AIG), or similar organizations. Apparently, they think that the conclusions of competent scientists is important. Fine, then be objective and look at the consensus of experts on that subject.

You’d think that organizations that constrained their “scholars” with statements of faith, as both the ICR and AIG do, would be disqualified from scientific discourse for being biased. Similarly, it’s baffling that many Christian scholars like William Lane Craig feel comfortable pontificating on science

When they say that evolution is nonsense, I always ask: is that the facts or your statement of faith talking? (More in my post “Can Christian Scholars be Objective?”)

Sorry, folks—science is not a democracy. When it comes to the scientific consensus, no one cares what we laypeople think. Creationists have done an impressive job in deluding Americans so that, 150 years after Darwin’s Origin of Species, 40% still think that “God created human beings pretty much in their present form at one time within the last 10,000 years or so.”

This rejection of science can be merely a personal tragedy as when Steve Jobs refused conventional medicine for his treatable cancer in favor of unproven techniques. It becomes a bigger problem when policy makers adopt it. Ben Carson rejects evolution and the Big Bang but assures us that his grasp of the big issues makes him presidential timber.

Rep. Paul Broun (R-Georgia) called evolution, Big Bang theory, and other disagreeable aspects of science “lies straight from the pit of hell.” Rep. Ralph Hall (R-Texas) said about climate change, “I don’t think we can control what God controls.” Todd Akin (R-Missouri) has famously odd views on conception and evolution—he declared that “legitimate rape” rarely leads to pregnancy. Each has training wheels on their understanding of science, but all three were members of the House Science and Technology Committee.

Science deniers get high marks in Machiavellianism 101, but the American public’s childish relationship with reality puts us in a poor position to handle the challenges of the 21st century.

Evolution is one of the most robust and widely accepted
principles of modern science.
— American Association for the Advancement of Science 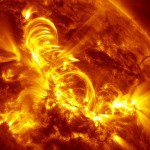 October 9, 2015 You Don’t Like the Scientific Consensus? Ignore it Away.
Recent Comments
1,172 Comments | Leave a Comment
"When my wife and I were looking at houses, she was rejecting some for the ..."
Greg G. Bad Atheist Arguments: “Religion Poisons Everything”
"You."
BensNewLogin Bad Atheist Arguments: “Religion Poisons Everything”
"Lack of evidence works as an argument against religions with deities, religions without deities, religions ..."
Greg G. Bad Atheist Arguments: “Religion Poisons Everything”
"I'm not sure what you mean. If Craig is correct in arguing that an infinite ..."
Greg G. The Kalam Argument: infinite regress and ..."
Browse Our Archives
get the latest from
Cross Examined
Sign up for our newsletter
POPULAR AT PATHEOS Nonreligious
1