It’s time for more stupid arguments Christians should avoid. For the first post in this series, go to Part 1.

Everyone have their Christian Fallacy Bingo cards? Let’s go! 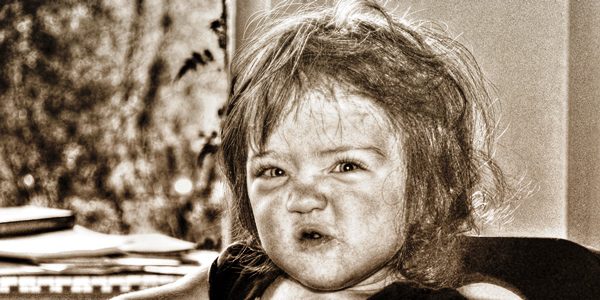 Stupid argument #35: Christianity is pleasing. True/false is such a harsh dichotomy. Aren’t there other metrics we can use to illuminate Christianity’s role? For example, Christianity can be pleasing. Apologist Greg Koukl asked, “Wouldn’t it be more satisfying” for God to ground morality?

Huh? You want to know if some aspect of reality would be more satisfying if God was involved? Who cares? If Koukl is trying to brainstorm possible new realities, why bother with ones that don’t exist? And if Koukl claims that God exists, he’s wasting his time listing reasons why that’s a good thing. This is pointless speculation until he’s shown us that God exists. (More here.)

This is the Pragmatic Fallacy—some custom or practice is worthwhile because it makes me feel better, not because its claims are true. The benefit comes from believing that it’s true, not because it is true.

This apologetic stance reminds me of the commercial for HeadOn (“Apply directly to forehead”), a product that implies that it will relieve headaches but doesn’t actually make a single health claim. I heard of someone seeing a tube of HeadOn on a night table and commenting on it. The reply: “I know it doesn’t work, but it works for me.”

This is related to Stupid Argument #1: The consequences of atheism are depressing.

Stupid argument #36: Nature is intelligible. Apologist Frank Turek demands* that the atheist explain these challenges: “Why is there evidence at all? Why is this universe rationally intelligible? … Why is the world rational to begin with?”

Who says the universe is rational? It’s only as rational as it is, which isn’t particularly rational. Turek looks at science’s conquests and dismisses them as not that big a deal, as if they were common sense. No, science has fought a long uphill battle to learn things that are very much counter to common sense: atoms and quantum mechanics, DNA and cells, galaxies and black holes. Science still has plenty on its plate—questions about dark matter, abiogenesis, extraterrestrial life, epigenetics, consciousness, the multiverse, prime numbers, and much more—yet more evidence that declaring the universe to be rational is an inept approximation.

What fraction of the realities of nature do we understand now? What fraction will we? Do humans have the ability to understand everything? This certainly doesn’t look like a reality with a god who designed a simple and obvious universe, smoothing the way for us to understand it all. That is what you get from the Genesis creation stories, but that’s not the way reality actually is. (More here.)

When Turek imagines that reality is easy to get our minds around, he defeats another argument he likes to try, “Science can’t explain everything; therefore, God” (Stupid Argument #20a).

Stupid argument #37: Joshua made the sun stand still. There’s that story about how NASA scientists were running calculations forward and backward in time to check where all the celestial bodies were. They came across a missing day that could only be resolved by factoring in the sun stopping for Joshua and moving backwards for Hezekiah. Check with NASA—they know about it.

Yes, NASA knows all about it, and the story is nonsense. They’ve reportedly issued a press release dismissing the story. Even young-earth Creationist organizations such as Answers in Genesis and Creation Ministries International reject it. (I discuss the story in more detail here.)

Stupid argument #38: Christian atrocities? Atheistic regimes did much worse! Think of Stalin in the Soviet Union or Mao in China. These have been terrible countries, and atheism drove the persecution. Atheism has no moral compass. While atheists as individuals might be nice enough, they’ve invariably created murderous regimes when given the chance. They can’t be trusted with power!

This is the thesis of Patheos evangelical blogger John Mark Reynolds (I’ve responded here and here), but it fails in several ways.

First, atheism has no tenets or philosophy by which to do anything, let alone declare that a group must be killed. Atheism is nothing more than an absence of god belief, and it has as much of a moral element as stamp collecting or love of cats. For a moral foundation that would appeal to many atheists, look to the Universal Declaration of Human Rights or the Humanist Manifesto.

Second, the problem in the Soviet Union or China was the fact that they were dictatorships. Religion competed for allegiance, so it had to be eliminated. Atheism was simply a consequence of the dictatorship. (More here.)

Finally, while atheism doesn’t have a moral element, Christianity does. If you want murderous regimes, consider God commanding genocide. Or creating the Flood.

Correct! That’s precisely the point. Atheism is no more than a lack of god belief, and no one has been killed in the name of atheism.

Continue to part 12. Find the complete list in one place here.

The first rule of Jesus Club is:
You never shut up about Jesus Club.
— seen on the internet 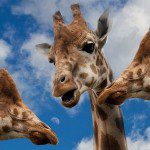 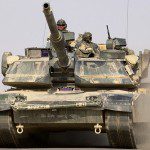 November 19, 2015 God’s Kryptonite
Recent Comments
4 Comments | Leave a Comment
Browse Our Archives
get the latest from
Cross Examined
Sign up for our newsletter
POPULAR AT PATHEOS Nonreligious
1