We’re told that God is all powerful, and stories of other deities are false. Though this is the Christian interpretation today, that wasn’t the case in the early days of the Old Testament, and the Bible itself makes that clear. Let’s look at two examples where God was not all powerful. 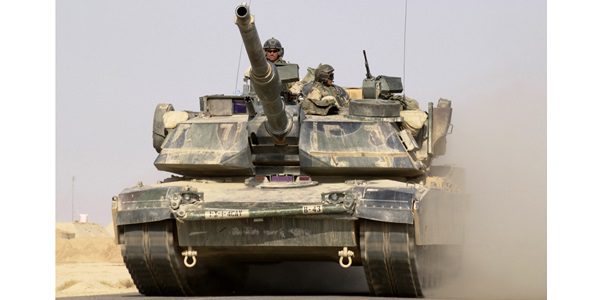 Story 1: Cage match of the gods

In the tale of yet another Old Testament battle, Israel, Judah, and Edom are allied against Moab. The year is around 846 BCE. Trekking through the desert, the allied army runs out of water, but the prophet Elisha promises both water and total victory over Moab. The next morning, pools of water cover the ground, plenty for both men and animals.

The Moabite soldiers massed on their border see the unexpected water, but it looks red because of the morning sun. Thinking that this is the bloody aftermath of infighting within the alliance, the Moabites advance to plunder the camp. Hidden Israelites rise up and turn them back, and then they advance into Moab and destroy all the cities and towns except one stronghold.

The king of Moab has one final ploy. He takes his son, the future king, and sacrifices him on the city wall to the Moabite god Chemosh. The result:

There was an outburst of divine anger against Israel, so they broke off the attack and returned to their homeland (2 Kings 3:27, NET).

Wait a minute—I thought that just a few verses earlier, Elisha promised that “[Jehovah will] hand Moab over to you. You will defeat every fortified city and every important city” (2 Kings 3:18–19). That’s an odd way of saying, “You will get your butt kicked.”

But more important, in a mano-a-mano between Jehovah and Chemosh, Chemosh wins? Could Jehovah have won but he didn’t get that extra energy boost that Chemosh got with his sacrifice, so Jehovah couldn’t give a hundred percent?

Ever resourceful, apologists have various rationalizations. One is that the Moabites were energized by the public sacrifice and fought with renewed vigor, and another is that Israel’s allies were fed up with the campaign and attacked Israel. Or, perhaps “his son” means the King of Edom’s son, and the Edomites become furious with Israel.

Though what defeated Israel is variously translated as “fury,” “great anger,” “great wrath,” or “great indignation,” the NET Bible says that the Hebrew word in question is almost exclusively used to mean “an outburst of divine anger.”

Letting the Bible speak for itself, the king of Moab sacrificed his son to Chemosh and then, as a consequence, there was divine anger against Israel. The only two divinities in play here are Jehovah and Chemosh, and though Jehovah is sometimes capricious, it’s hard to imagine why he would defeat Israel when he had just promised to give them victory.

In this cage match, Jehovah lost.

Story 2: Tent pegs can be fatal

In one of the more oddly savage passages in the Bible, Israel defeats an army led by Sisera, leaving Sisera as the sole survivor. He finds refuge in the tent of Jael, a non-Israelite woman, and he falls into an exhausted sleep. But she’s not the ally that he imagines, and she uses a hammer to drive a tent peg through his head into the ground (Judges 4:17–22).

Sisera had harassed Israel for twenty years with 900 chariots “fitted with iron” (Judges 4:3). But as powerful as this chariot force was, Israel (and God) were able to defeat it.

Earlier in Judges, another conflict ends very differently. The book begins with the tribes of Judah and Simeon joining forces to mop up remaining Canaanite strongholds including Jerusalem, Hebron, and others.

One interesting city was Debir, which sounds like the Alexandria of Canaan. Also called Kiriath Sepher (City of Scribes), it was inhabited by giant Anakites, descendants of the Nephilim, to whom ordinary men were as grasshoppers (see Numbers 13:31–33). The defeat of this city is given no comment except that the Judean leader gave his daughter to the commander who captured the city.

But the campaign wasn’t universally successful.

[Jehovah] was with the men of Judah. They took possession of the hill country, but they were unable to drive the people from the plains, because they had chariots fitted with iron (Judges 1:19).

Was Jehovah not supporting them? The verse makes clear that he was. And if he was there, what’s the problem with the iron chariots?

(If God was confounded by them, he’d cry like a little girl if confronted with a battalion of the bad boys in the photo above.)

If you want support from the toughest god, maybe Chemosh is your guy. He certainly convinced the Moabites. Or, if Chemosh is just fiction, perhaps Jehovah is the same.

God gives every indication of being simply a literary character who has evolved over time. Of course he has setbacks—it wasn’t like he was all-powerful (at least, not at this point in the story).

We know that reason is the Devil’s harlot,
and can do nothing but slander and harm all that God says and does…
Therefore keep to revelation and do not try to understand.
— Martin Luther 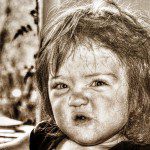 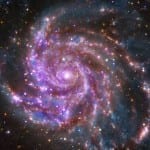 November 23, 2015 The Bible’s Confused Relationship with Science
Recent Comments
2 Comments | Leave a Comment
Browse Our Archives
get the latest from
Cross Examined
Sign up for our newsletter
POPULAR AT PATHEOS Nonreligious
1