Parallels to Christians’ Selective Use of Science

Parallels to Christians’ Selective Use of Science November 10, 2015 Bob Seidensticker 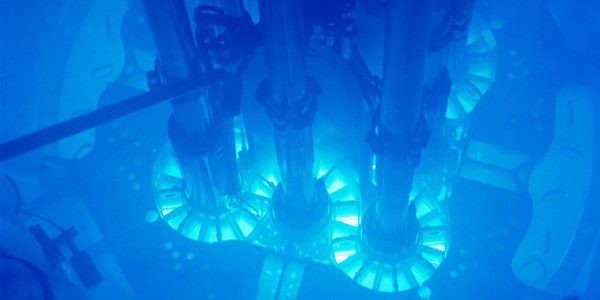 The film Pandora’s Promise (2013, 86 minutes, $4) explores nuclear power as it interviews prominent environmentalists who switched from being against it to being in favor. I’d like to highlight some of the features of the transition these environmentalists went through. There are surprising parallels with the transition people make when leaving Christianity, and there are parallels between a dogmatic anti-nuclear attitude and a dogmatic religious attitude.

The charges against nuclear power

Dr. Hellen Caldicott (a medical doctor) is used as the representative of anti-nuclear environmentalism. She has been called “the world’s foremost anti-nuclear campaigner.” She has received many prizes, 21 honorary doctorates, and a nomination for the Nobel Peace Prize by Linus Pauling and has been called by the Smithsonian Institution “one of the most influential women of the 20th Century.”

Caldicott uses nuclear accidents to make her case and claims that 985,000 people died as a result of the 1986 nuclear accident at Chernobyl. She says that the 2011 Fukushima power plant accident will be even worse. Seven million will die in the next two decades, and tens of millions more will suffer from “debilitating radiation-induced chronic illnesses.”

The World Health Organization disagrees. About Fukushima, it concluded in 2013, “The increases in the incidence of human disease attributable to the additional radiation exposure from the Fukushima Daiichi NPP accident are likely to remain below detectable levels.” No deaths due to radiation have been attributed to the accident.

Caldicott’s source for the nearly one million deaths due to Chernobyl has been widely discredited. A consortium of United Nations organizations and others said about the Chernobyl disaster:

According to [the United Nations Scientific Committee on the Effects of Atomic Radiation] (2000), [Acute Radiation Syndrome] was diagnosed in 134 emergency workers. … Among these workers, 28 persons died in 1986 due to ARS. … Nineteen more have died in 1987–2004 of various causes; however their deaths are not necessarily—and in some cases are certainly not—directly attributable to radiation exposure.

There were no radiation deaths in the general population, though there have been close to 7000 cases of thyroid cancer among children. These would have been “almost entirely” prevented had the Soviet Union followed simple measures afterwards.

The report estimates an increase in cancer mortality due to radiation exposure of “a few per cent” in the 100,000 fatal cancers that would be expected in this population.

In other words, Caldicott is about as wrong as it is possible to be. This is not to dismiss the problem—the Chernobyl and Fukushima nuclear accidents were indeed disasters—but it doesn’t help to see them incorrectly. The Fukushima earthquake and tsunami caused 16,000 deaths, while the power plant accident caused none.

Not seeing the problem correctly causes its own problems. The World Health Organization concluded twenty years after Chernobyl that “its psychological impacts did more health damage than radiation exposure did,” and childhood obesity in the Fukushima area is now the worst in Japan because children are not allowed to play outside, in most cases without any valid reason.

Environmentalists—aren’t they the ones who should be following the science?

Failing to provide sources, refuting data with anecdote, cherry-picking studies, scorning the scientific consensus, invoking a cover-up to explain it: all this is horribly familiar. These are the habits of climate change deniers, against which the green movement has struggled valiantly, calling science to its aid. It is distressing to discover that when the facts don’t suit them, members of this movement resort to the follies they have denounced.

I find this topic revealing because anti-nuclear attitudes are typically held by liberals. Instead of using science and technology to find solutions to the problems of nuclear power, some liberals simply want it to go away. But these problems have solutions. For example, the Integral Fast Reactor was an experimental fourth-generation reactor program begun in 1984. It was cancelled ten years later by Democratic pressure, after it had proven that it was failsafe (it survived a loss of electrical power and loss of all coolant) and shown that it could reduce the waste leaving the facility to less than one percent that of conventional reactors.

The mothballing of the reactor cost more than letting the project conclude. Democrats can be as mindlessly ideological as Republicans.

While the U.S. civilian nuclear power industry has caused no deaths, the U.S. health burden from fossil fuel power generation is 30,000 to 50,000 premature deaths per year. Worldwide, the total is perhaps millions per year.

Some of the interviewees spoke of their change of mind. Mark Lynas said, “I was under no doubt that my whole career and my whole reputation as an environmental activist, communicator was at risk if I talked publicly about having changed my mind about nuclear power.”

Richard Rhodes said, “I came to realize [journalists] basically avoided looking at the whole picture. They only looked at the questions that seemed to prove to them that nuclear power was dangerous, as I had, too.”

I was most shocked at how little some of these environmentalists knew about nuclear power. They had their standard line—nuclear power of any type was bad—and they stuck with it. One career environmentalist admitted that he hadn’t known about natural background radiation from the ground, from space, and even from bananas. Natural potassium, of which bananas are a good source, is 0.012% potassium-40 (a radioactive isotope), and humans are more radioactive because of potassium than because of carbon-14.

Dr. Hellen Caldicott, the strident anti-nuclear activist, has a lot in common with Christian leaders. (Obviously, her opinion of religion isn’t the issue. I’m simply paralleling her actions with those of Christian leaders.)

I’m starting to worry that reason is an acquired taste.
— Sam Harris 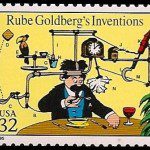 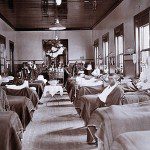