The Design Hypothesis, DNA, and Dysteleology 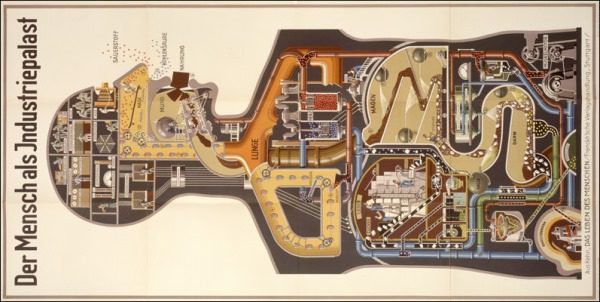 Dysteleology is the idea that life or nature does not show compelling evidence of design, in contrast to the Christian perception of purpose or design (teleology). The marvelous complexity in DNA is often cited by Creationists as the best evidence for their position. The facts tell a different story, and DNA makes clear that life looks more haphazard than designed.

Let’s consider four aspects of DNA that make it look not designed.

Human DNA has 3.42 billion base pairs. You might imagine that humans need the most DNA since the gods in Genesis said, “Let us make man in our image,” but we’re not even at the top of the list of mammals. Cows, mice, and bats have more.

And mammals don’t have as much DNA as other animals. One kind of salamander has 126 billion base pairs in its DNA. Does it really need 37 times more DNA than humans? Or could there be a lot of (dare I say it?) “junk” in that DNA?

We find much variability in fish DNA. The longest DNA (for the marbled lungfish) is almost 400 times the size of the smallest (the green puffer fish).

The wide variability in DNA size is shown in this chart: 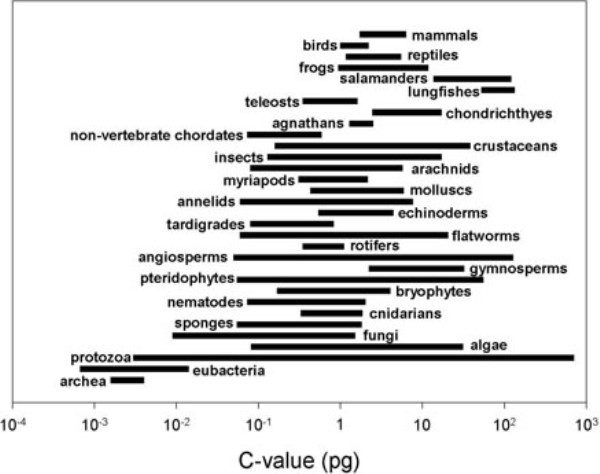 This is a logarithmic chart of the weight, or c-value (a proxy for DNA length), of the DNA of many categories of animals. Humans are in the “mammals” category at the top.

Maybe DNA is all useful and length is proportionate to the complexity of the organism. Maybe many animals are just more complex than we are, but then how can Man be God’s greatest creation? The alternative explanation is that there’s a lot of waste in DNA, but that rejects the idea of a designer. Neither is a good option for the Creationist.

All mammals synthesize vitamin C. They produce it internally and don’t have to eat it. All mammals, that is, except a handful, such as humans. We get scurvy if we go too long without eating vitamin C.

When you look in human DNA, you find a pseudogene (a broken gene) for vitamin C production, right where most other mammals have a functioning gene. Apparently, ancestors of humans and a few other primates once ate a diet rich in vitamin C so that a random mutation that broke the gene didn’t convey a selective disadvantage. The pseudogene spread through the population, and here we are, with every cell carrying a useless gene.

We find another example of a useful gene that didn’t have enough survival value to be selected for in the Antarctic icefish, which has no hemoglobin (the oxygen transport molecule) because of the oxygen-rich Antarctic water.

Overall, human DNA has 20,000 pseudogenes—again, not evidence of the hand of a designer.

A virus can’t reproduce by itself and must force a cell to do it, which causes disease. Where it gets weird is when the virus infects a germ cell (egg or sperm). Then the viral DNA, inactivated by mutation, is passed on to succeeding generations. Becoming part of the genome is the “endogenous” part.

DNA keeps a record of these invasions. Human DNA has thousands of endogenous retroviruses, mostly just fragments, which compose up to 8% of our genome. One, the 5-million-year-old “Phoenix virus,” has been reconstructed from human DNA.

Birds don’t have teeth, but their theropod dinosaur ancestors did. In fact, the ancient genes for teeth are still present in bird DNA. Scientists have been able to tweak chicken DNA to turn on these genes and get chickens with conical, dinosaur-like teeth.

When archaic genes are switched on in nature, those are called atavisms. Snakes can have legs, dolphins can have a hind pair of limbs, and humans can have tails.

Vestigial structures are those that have lost most or all of their ancestral function. Note that they’re not necessarily useless (Creationists delight in pointing out the value in the human appendix or tailbone); they’re just not used for what they were originally used for. For example, ostrich wings are vestigial because they can’t be used to fly (that’s what wings do).

Other examples are eyes in blind mole rats or cave fish, the pelvis (for nonexistent legs) in the baleen whale, and goose bumps (to raise nonexistent fur) in humans.

None of this proves that God doesn’t exist. What it does make clear is the difference between complexity, which we see in DNA, and evidence of a careful and skillful designer, which we don’t.

Yes, evolution by descent from a common ancestor is clearly true.
If there was any lingering doubt about the evidence from the fossil record,
the study of DNA provides the strongest possible proof
of our relatedness to all other living things.
— Francis Collins, evangelical Christian and head of NIH 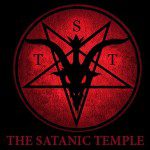 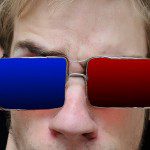 November 4, 2015 Atheism Fails Because There Is No Ultimate Justice?
Recent Comments
58 Comments | Leave a Comment
Browse Our Archives
get the latest from
Nonreligious
Sign up for our newsletter
POPULAR AT PATHEOS Nonreligious
1