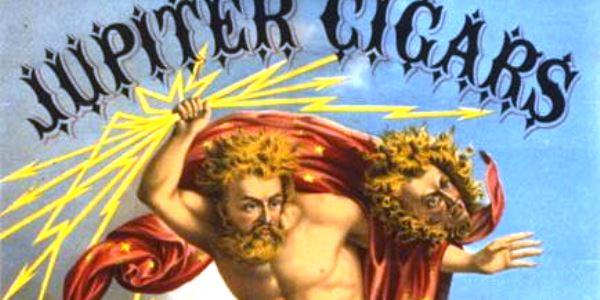 I read or listen to many arguments from Christian apologists, and they usually have a curious flaw. I’m surprised when they take little notice of this.

Consider the following popular arguments and see if you can find the common feature.

What’s the common feature? It’s that these are all deist arguments. If I accepted any one of them, I’d only be agreeing that some deity (or deities) created the universe. But which one? These arguments are as good for Islam or Shintoism as Christianity and Judaism.

(This reminds me of the famous Sidney Harris cartoon with the punch line “I think you should be more explicit here in step 2.” Christians likewise need to make sure their arguments are comprehensive.)

And yet the apologists often seem unaware of the problem. They finish their deist argument with a “Ta-dah!” and a sweep of the hand and think that they’ve made the sale, but they’ve got a long way to go to convince me that their particular deity is the real one and it’s actually all those other ones that are mere human inventions.

Maybe they count on ambiguity to help. They conclude that God created everything and—whaddya know?—their god is named “God.” I’ve written before about this odd confusion of names. It’s like a cat named “Cat.”

One exception is John Warwick Montgomery, an apologist from an earlier generation. He takes the opposite approach and first uses the New Testament to argue the resurrection of Jesus. From there, he tries to build the rest of the Christian worldview. This approach is no more convincing, but at least it avoids this problem with deist arguments.

The general problem with deist arguments

Remember Sherlock Holmes’ famous dictum? “When you have eliminated the impossible, whatever remains, however improbable, must be the truth.” The problem with this rule for us mortals is that either we’ve eliminated something in error or there’s another possibility we didn’t consider. While the dictum is true in principle, it’s very impractical to follow in practice.

The problem with the deist argument is similar because it also uses the process of elimination. Since there’s no direct evidence of God, deist arguments attempt to eliminate the natural answer(s) and leave the supernatural as the only viable possibility. But how do you know that all the scientific possibilities are on the table? A last-man-standing approach is risky because science is always provisional. It continues to surprise us. Christian philosophers often appeal to common sense, but this only leads us astray in fields like quantum physics or cosmology where common sense is frequently upset.

Christian apologists need to put forward positive evidence of their own.

If we explain the world in a Christian way, God is active in our natural world, and we can see his hand in Nature. This runs into a problem for Christians that is at least as big as the Problem of Evil: the Problem of Divine Hiddenness. If God enters into our world and is eager for a relationship, why the mystery? Why make things so difficult? Why is our world exactly like a world without a god?

If we imagine the opposite, that God isn’t particularly eager for a relationship or isn’t motivated to provide compelling evidence that he exists, then we’re back in the deist camp. We have a deity who exists, but we’re on our own to show that he exists anywhere but in our minds. If the deity hasn’t provided a conduit between the Natural and the Supernatural, why imagine that natural techniques (prayer, meditation, or logic, say) could prove the existence of the supernatural? If God is just sitting there and not helping us out, how can we show that he exists?

Christians sometimes retreat by arguing that science is incapable of detecting the supernatural. That would be relevant if supernatural beings never interacted with our reality. But if those beings interact (that is, change) our world, then this is in principle detectable by science.

Also consider that the boundary of “natural” expands with time. Seeing through opaque objects was supernatural before X-rays, for example. And even if science can’t detect supernatural beings, what makes those Christians imagine that they can?

A couple of analogies come to mind. Imagine using integers (1, 2, 3, …) with addition and subtraction and trying to creating anything but more integers. You couldn’t reach 7.65, the square root of 2, or pi, for example. Or, imagine a two-dimensional Flatlander trying to prove the existence of three-dimensional space. Sure, he can hypothesize “a dimension at right angles to all of my dimensions,” but that’s hardly a proof that it exists.

It seems to me that our pointing to evidence of the supernatural with a deist argument is like creating all real numbers using addition and subtraction on integers, or a Flatlander proving the existence of 3-space. Sure, we can imagine something more, but that’s no proof and not even particularly compelling evidence.

Glendower: I can call spirits from the vasty deep.
Hotspur: Why, so can I, or so can any man;
But will they come when you do call for them?
— William Shakespeare, Henry IV, Part I, act III, scene i 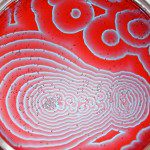 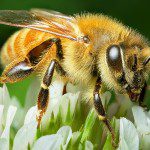 November 30, 2015 Yet More on the Bible’s Confused Relationship with Science
Recent Comments
1 Comment | Leave a Comment
Browse Our Archives
get the latest updates from
Cross Examined
and the Patheos
Nonreligious
Channel
POPULAR AT PATHEOS Nonreligious
1