Hey, GOP Candidates! Want to Reject Science Without Looking Like a Troglodyte? 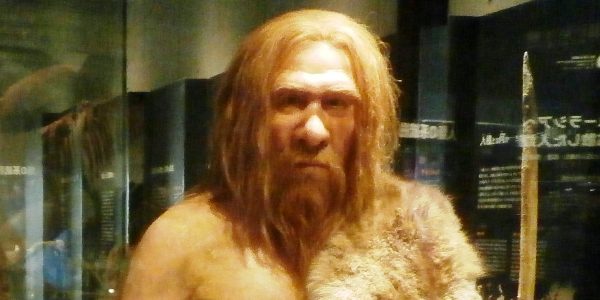 The Discovery Institute, that fearless citadel in the battle against evolution, throws chum on the waters of thoughtful discourse with its article, “To Have a View on the Darwin Debate, Do You Need a PhD in Evolutionary Science?”

Let me abstract this post by answering that question: you’re welcome to have a view, but if that view rejects the overwhelming consensus in favor of evolution then yes, you need a PhD. And to correct the title, there is no “debate” over evolution—at least not within biology, the only place where such a debate would be relevant.

The article begins with a tweeted exchange between Kevin Williamson (correspondent for the National Review) and David Klinghoffer (senior fellow at the Discovery Institute).

David Klinghoffer: And that is why our politician, or anyone, if he’s more than a casual thinker, gives it the needed study

The author of the unattributed article disagrees.

Just as you don’t need a graduate degree in meteorology to understand why tornados will never turn rubble into houses and cars, you don’t need “graduate-level work in evolutionary science” to understand that unintelligent forces alone cannot cause civilizations to arise on barren planets, and for the very same reasons.

I agree that any process analogous to a tornado won’t drive an organism to change, adapt, and improve as happens on earth. But that’s not evolution. A tornado is just random, while evolution has random elements plus selection to pick the organisms that best fit their environments. (Why is this elementary error so common within Creationism/Intelligent Design proponents? Do they have no interest in understanding what they’re rejecting?)

The author moves from not-a-biologist David Klinghoffer as an authority to not-a-biologist Jay Homnick. Homnick is a commentator, humorist, and deputy editor of The American Spectator. His homey logic neatly punctures the evolution balloon:

Once you allow the intellect to consider that an elaborate organism with trillions of microscopic interactive components can be an accident … you have essentially lost your mind.

That’s some tough love, folks. A not-a-biologist has used the Argument from Incredulity to cut the Gordian Knot to give us the painful truth. “That’s just crazy talk! It don’t make sense to me, so it can’t be true!”

Homnick apparently thinks that the process of evolution is nothing but accident. It’s not. (That demand for graduate-level education in biology for those who would draw conclusions about evolution is sounding better all the time.)

Jay Homnick is not a scientist, but unlike Kevin Williamson, he understands that you don’t need a scientific background to realize something is terribly wrong with the scientific “consensus” on evolution.

Do you hear what you’re saying? You’re justifying someone deliberately rejecting the consensus and drawing his own conclusion about biology—someone who doesn’t understand biology!

You may need a PhD before people will listen to you as an authority, but you emphatically don’t need one to draw the correct conclusion for yourself.

But if you aren’t qualified to do the first, how are you qualified to do the second? You admit you’re not an authority, but then you grant yourself the ability to “draw the correct conclusion”? The author seems to be saying that to convince others you’ll need credentials, but your own opinion isn’t that important, so what the heck? Discard those experts and pick your own conclusion.

I bet the author wants a Kim Davis world where government employees use their own religious beliefs as the final guide to their official actions, and candidates for public office reject any unpleasant scientific consensus and substitute their own conclusion.

No, the question is: “Who am I to question those people who understand the evidence, since I don’t?” Sometimes a little humility is appropriate.

Aha—so you are in favor of following the consensus after all! If the evidence is piling up to create a sea change within evolution, then let’s just give it a few more years and then follow that consensus. That the author doesn’t express it this way shows how little he thinks of this new “evidence.”

Maybe someday in the future, after a poll shows that most of our elite scientists have finally accepted the obvious, folks like Kevin Williamson will say, “Wow, imagine that … believing that the survival of the fittest was enough to generate human brains and human consciousness. I guess that was a pretty stupid idea after all.”

Wow, imagine that … the ideas at the frontier of science don’t always conform to common sense.

People say they love truth,
but in reality they want to believe
that which they love is true.
— Robert J. Ringer 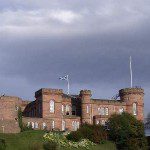 December 28, 2015
Atheists: What Would It Take to Change YOUR Mind?
Next Post 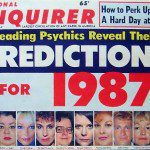 January 1, 2016 2015 Predictions: How Did the Christian Psychics Do?
Recent Comments
80 Comments | Leave a Comment
Browse Our Archives
get the latest from
Cross Examined
Sign up for our newsletter
POPULAR AT PATHEOS Nonreligious
1