10 Reasons to Not Believe Christianity Until You Believe in Aliens

10 Reasons to Not Believe Christianity Until You Believe in Aliens January 27, 2016 Bob Seidensticker

Do you think that Jesus rose from the dead? That he was virgin born? That he sits in heaven at the right hand of the creator of the universe?

That the gospel story is actual history is an immense claim, but Christians say they have the evidence. Let’s test that. If Christians accept this claim, then to be consistent they must also accept any claim with better evidence. Such a claim is that space aliens have visited the earth. 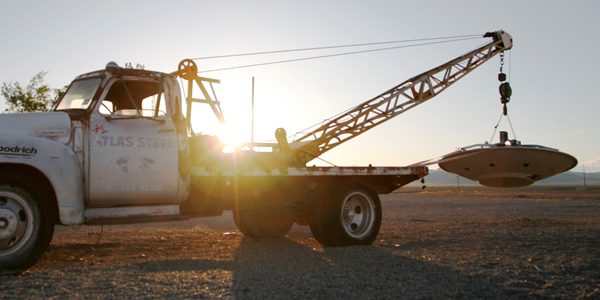 Let’s compare evidence for these two claims point by point.

1. Recentness of event. You can interview people today who claim to have seen UFOs or encountered aliens. To understand the gospel claims, we must peer back across 2000 years of history.

2. Number of sources. Thousands claim to have been abducted, and the number who claim only to have seen aliens or their technology must be far higher. There were only four gospels, and those aren’t even independent accounts.

4. Reliability of source. It may be easy to imagine alien claimants as insane, drunk, or uneducated, but one psychiatrist studied 800 claimed abductees and was struck with the ordinariness of the population. Another survey reported that this group is no more prone to mental disorder than the general population.

Question the sanity of those who claims to have seen aliens if you want, but we at least have something tangible—interviews with those people and people who know them, police records, and so on. With Peter and Paul or some other Christian patriarch we have 2000-year-old stories, and ones containing miracles at that. Why argue that they’re accurate?

Science keeps finding strange new animals on earth living in extreme environments—worms that live miles underground, in glaciers, or in hot or cold places at the bottom of the ocean. Is it hard to imagine exotic animals on other worlds? Their discovery would be surprising or even shocking, but we wouldn’t need to discard any scientific laws if aliens presented themselves.

By contrast, the Gospel story requires you to believe in supernatural beings and supernatural events. We have plenty of claims but no scientific consensus that even one is valid.

6. Cultural gulf. The evidence for aliens is from our time, from our culture, and in our language. By contrast, the gospel story is from a culture long ago and far away, and the Greek gospels are already one culture removed from the actual events. Jesus and the apostles spoke Aramaic and came from a Jewish environment; the gospels were written in Greek by authors who lived in a Greek environment.

7. Contradictions. Any contradiction between alien claims can be chalked up to a different space ship or a different alien race. By contrast, the four gospel accounts are trying to document the same events. Important contradictions, such as whether Jesus was crucified after the Passover meal (Matthew, Mark, and Luke) or before (John), are devastating to the claim that the gospels are history.

8. Quality of evidence. On the alien side, you talk directly to people who claim to be eyewitnesses. The argument that the gospel writers were eyewitnesses or close to them is a flimsy tradition.

Our oldest complete copies of the New Testament date from the fourth century. Yes, we do have fragments of New Testament books that date earlier, but these are incomplete and are still copies from one to two centuries after the original authorship.

9. Criterion of Embarrassment. Christians ask, “But who would make up the gospel story? Who would endure the persecution?” First, I never claimed that anyone made up the story, simply that the supernatural elements in the gospel story are easily explained by supposing that it evolved as it was passed along. Second, that defense crumbles when we consider that alien claimants tell their story today despite much potential ridicule. Is a story in the face of persecution strong support for the truth of the story? Okay—then consider it strong evidence for alien claims.

10. Christianity is a different kind of claim, a far less likely kind of claim. Pick an event from history–a battle, a speech, a natural disaster. We have plenty of examples of battles, speeches, and disasters. With UFO visitations, however, we have no examples that are accepted by science, and that’s why historically reliable events are more believable than UFO claims.

But Christianity takes it to a new level of unbelievable. The categories we’re talking about with UFOs–technology, spacecraft, intelligent life forms, and an eagerness to explore–are well understood. The problem with UFOs is not that they’re inherently implausible but simply that we don’t have reliable evidence of one. And that’s why UFOs beat Christianity. UFOs requires a change in degree in our thinking, while Christianity requires a change in kind (we must accept a new category, the supernatural).

If the Gospel stories are credible, shouldn’t alien stories be far more credible? Seen the other way around, Christians who read this and think up many objections to the alien argument need to apply those same objections against the gospel story to see if it holds up. I think they’ll find that the net that pulls in Christianity will pull in a lot of bycatch as well.

Reality is that which,
when you stop believing in it,
doesn’t go away.
— Philip K. Dick 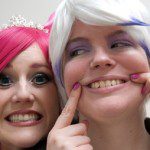 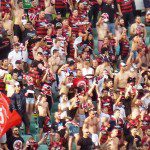 January 29, 2016 If Sports Fandom Is Just a Cultural Trait, Why Isn’t Religion?
Recent Comments
486 Comments | Leave a Comment
Browse Our Archives
get the latest from
Cross Examined
Sign up for our newsletter
POPULAR AT PATHEOS Nonreligious
1