If Sports Fandom Is Just a Cultural Trait, Why Isn’t Religion? 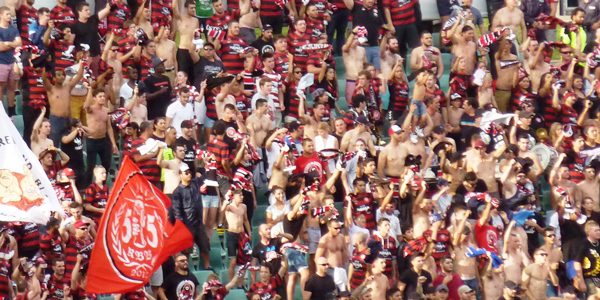 Lifelong fans of the Mariners baseball team would be Red Sox fans if they’d grown up in Boston instead of Seattle. Tarheels fans would be Trojans fans if they had gone to USC instead of UNC. People who eat Frosted Flakes for breakfast would likely prefer fermented soybeans (natto) if they grew up in Japan instead of the U.S.

And believers who think that the truth of Christianity is obvious might think that about Islam if they grew up in Morocco or Afghanistan instead of Mississippi or Alabama.

Begging the pardon of sports fans, there is no objective measure that makes their home team the only valid one, with all others being poor imitations of the real thing. The same is true for religion.

Think of the similarities between religion and sports. Sports fans have rituals. They pray for their team. They proselytize for it. They feel an us-vs.-them rivalry with opposing fans, which builds their own community. They make pilgrimages to out-of-town games. Their passion for their team often begins in childhood. They wear clothes or headgear that identify them as fans of their team.

Why do people pick the religions that they pick? In fact, most don’t pick. They’re in effect assigned a religion by the randomness of their birth. They take on the religion of their parents or their community, like any other cultural trait such as customary food, dress, or etiquette.

Let’s not take this too far, however. Not everyone born in Mississippi is a Christian—atheist theologian Robert M. Price is an example. Not everyone raised as a Christian remains one—I’m an example. Adults can switch religions, though the numbers are tiny. Less than one percent of believers switched in from another religion. What best explains that people tend to take on the religion of their environment?

The atheist view is that all religions are manmade, but they’re sticky elements of culture. People tend to adopt these elements, but you’ll always have some outliers. In a culture where men wear neckties, a few will prefer bow ties. In Seattle where everyone supports the Seahawks football team, a few will be fans of the Cowboys. In a culture where one of the first questions after being introduced to someone new is, “And where do you go to church?” a few will be atheists.

The Christian view is much tougher to justify. Christians don’t want to discard this correlation because it helps explain why the other guy clings to his religion. Is the fact that there are a billion Muslims strong evidence that Islam is correct? Nope—their belief is just a cultural trait. With over a dozen countries having 98 percent or greater Muslim populations, being Muslim is just what you do when you grow up in a monoculture.

Christians say that Islam, Shinto, Buddhism, Hinduism, and most other religions are cultural traits that are false. But they need to explain why Christianity is actually true even though it looks just like all those false cultural traits.

Seeing religion as nothing more profound or objectively accurate than a cultural trait is the best explanation of the evidence.

Of all things, good sense is the most fairly distributed.
Everyone thinks he is so well supplied with it
that even those who are the hardest to satisfy in every other respect
never desire more of it than they already have.
— René Descartes 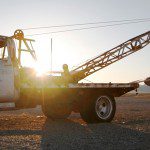 January 27, 2016
10 Reasons to Not Believe Christianity Until You Believe in Aliens
Next Post 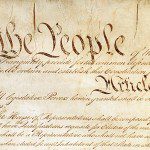 February 2, 2016 The US Constitution Founded on the Bible? Guess Again.
Recent Comments
82 Comments | Leave a Comment
Browse Our Archives
get the latest from
Nonreligious
Sign up for our newsletter
POPULAR AT PATHEOS Nonreligious
1