Response To an Angry Christian

Several years ago, Mark Shea, a Patheos blogger who writes the “Catholic and Enjoying It!” blog, wrote an article titled “Padding the Case for the New Atheism.” His contempt for what he sees as the atheist position is barely contained at times. Let’s find out what aggravates Mark so much.

He begins by saying that the New Atheists don’t actually say anything new. Indeed 13th-century theologian Thomas Aquinas only had two objections, and Mark assures us that “every reasonable atheistic argument is a restatement of one or both of these basic points.”

With that buildup, who’s not eager to find this succinct distillation of atheist thought? 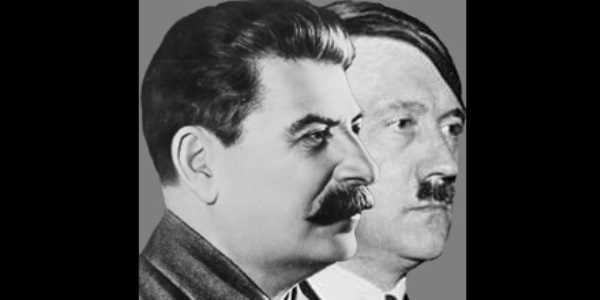 1. The Problem of Evil. If God existed, there would be no evil; but there is; therefore, God doesn’t exist. (This isn’t the way that I’d phrase it—I’d say that the existence of evil is strong evidence that an omnipotent and good god doesn’t exist.)

2. Nature Suffices. Natural explanations are sufficient. “God did it” is unnecessary and the God hypothesis is redundant; therefore, we have no need to imagine God.

Mark thinks this is all atheists have to offer. He lampoons atheists pointing out harm done in the name of religion and argues instead “that 20th-century atheists shed oceans of blood dwarfing anything ever achieved by theists.”

Similarly, savage 20th-century atheists (I presume he means Stalin and Mao) didn’t do their thing in the name of atheism. Rather, they were dictators who saw the church as a competitor and suppressed it. The church and innocent people were both on the wrong side of these dictatorships. More here.

He next imagines that atheists get tripped up with morality.

In Mark’s mind, perhaps. Not in mine.

This is David Hume’s is-ought problem. For example, “It is the case that X, therefore, you ought to do Y.” What could replace X and Y to make a sensible sentence?

That’s a provocative question until you ask yourself: if morals don’t come from what is—that is, reality—where do they come from? Imagining a supernatural source for morals demands evidence.

Hume says that you can’t derive an absolute or objective ought from an is, and I agree. This causes no problem because I don’t see any evidence for absolute oughts. It is the case that my moral programming tells me to help people; therefore, I ought to help people. Problem solved.

Mark isn’t done and says that the naturalistic view of atheists demands that the biochemical thought process going on inside Adolph Hitler’s head has no greater or lesser oughtness than that in Martin Luther King’s head.

I agree—from an absolute or objective standpoint. But not from mine. And not from that of most people in society. Most of us are happy to weigh various moral stands against our own views and judge them satisfactory or wanting.

My moral instincts are very similar to Mark’s and very similar to those of most other people, which is hardly surprising because we’re all the same species. That’s why we can create a society.

retain a serene confidence that the privileged bits of the moral and rational order looted from the Christian civilization they are laboring to destroy will just go coasting on of their own accord.

Isn’t it quaint how Mark imagines that morality and rationality are gifts from his religion? I wonder how he explains non-Christian civilizations that stumble along pretty well. Or how the first civilizations in what is now India, Egypt, and Iraq did fine despite their preceding Christianity by 3000 years. When you consider the morality of Christian civilization, I’m not sure that gives you much to crow about.

And he imagines that Christianity gave us morality and rationality?

It’s on to argument two, which says that natural arguments are sufficient and “God did it” is redundant and unnecessary.

Wow—so many mistakes and so little time. First, cosmology doesn’t claim to know what caused the Big Bang. Science says, “I don’t know” without shame. There is no “Time’s up!” after which Yahweh will be declared the default Creator of the Big Bang.

Second, most atheists don’t declare that the miracles of Jesus absolutely didn’t happen, just that that’s where the evidence points. (Given that the myriad miracle claims throughout history have produced no scientifically acceptable evidence of the supernatural and that we have many examples of legends or myths, it’s a pretty good bet that the loaves-’n-fishes story is yet another.)

Third, we have no reason to think that the gospels were eyewitness accounts. We don’t even know who wrote them.

Finally, the “Who would die for a lie?” argument is weak (more here).

He next mentions the fine-tuning argument. I’ve responded to that argument here, here, and here.

The Muse of Sarcasm seems irresistible to Mark (I hear there’s a 12-step program for that), and he lampoons his version of the positions of various atheists. In one rant, he touches on Richard Dawkins’ statement,

any God capable of intelligently designing something as complex as the DNA/protein machine must have been at least as complex and organized as that machine itself.

Mark is unimpressed and tells us that Thomas Aquinas

Yes, Aquinas addressed it. No, he didn’t do a particularly convincing job. I’ve written more here, but my short response is: if God is simple, prove it by making one. You don’t have the materials, you say? Okay, then give us the recipe. You can’t even do this? Okay, then don’t claim that you know what makes God well enough to tell us that he’s simple.

Mark wraps up this section with some snarky advice for atheists.

Most of all, overlook the fact that the question you are supposed to be attending to is “whether God exists,” not “whether God is complex.” Ignore the fact that all a theist has to do is show that creation is contingent and therefore necessarily depends on what is not contingent for existence. Do not remind yourself that the theist is not obliged to say he or she understands that non-contingent Being, merely that such a being exists. If all this fails and your reader still thinks St. Thomas is getting the better of you, call your reader a creationist in the same tone of voice you’d use to say, “You left your used Kleenex on my coffee table.”

Why imagine that the universe is contingent? A popular view within quantum physics is the Copenhagen interpretation, which states that some quantum events have no cause. For example, the alpha particle that comes out of a decaying nucleus has no cause. The probability of this event can be precisely predicted, but that’s it. Given that the universe itself was a quantum particle at the beginning of the Big Bang, maybe universes are also stochastic rather than caused.

(Snarkiness can work, but it backfires when your argument is flimsy.)

There’s more, but let’s pause here before our next dose of Mark’s bitter medicine. Feel free to read Mark’s original paper if you question whether I’m treating his argument fairly.

This critique is concluded in part 2.

Forget Jesus.
The stars died so that you could be here today.
— Lawrence Krauss 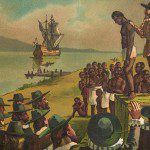 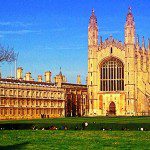 January 22, 2016 Yeah, but Christianity Built Universities and Hospitals!
Recent Comments
1,183 Comments | Leave a Comment
"Poor old Aristotle is in the same boat as Galen - followed for millennia by ..."
epicurus The frustration of arguing with Christians
"Disagree! Religion NEVER answered anything!!!The ancients knew about science methods as they made progress, but ..."
Norman Parron The frustration of arguing with Christians
"My comment: Excellent article, excellent point. When I talk to Christians I usually don’t bother ..."
Miklos Jako Guest post: The flat tire and ..."
"Who will be the first person to LAN on the moon? The moon-based URLs will ..."
Greg G. Guest post: The flat tire and ..."
Browse Our Archives
get the latest updates from
Cross Examined
and the Patheos
Nonreligious
Channel
POPULAR AT PATHEOS Nonreligious
1