Jesus Magic? Not Impressive Compared to What Technology Gives Us. 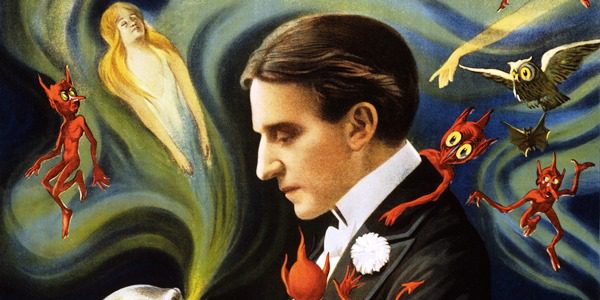 In the New Testament, Jesus does lots of impressive miracles.

More precisely, they were impressive for the time. Today we surpass them with technology so regularly that we often don’t notice. Let’s compare the miracles of Jesus with what modern technology can do.

Jesus walked on water. We can’t walk on water, but we can travel on the water in a vast array of boats, both large and small, powered and wind driven. For example, an aircraft carrier can carry 5000 people, sail at 30+ knots, and operate for 20 years without refueling. We can travel under the water with submarines. We can fly above the water with airplanes. We have even gone to the moon.

Feeding of the 5000. We can’t feed people with magic, but we can still feed lots of people. Norman Borlaug has saved perhaps one billion lives from starvation because of improved strains of wheat, for which he won the 1970 Nobel Peace Prize. The Haber process, which turns nitrogen into ammonia, produces fertilizer that is estimated “to be responsible for sustaining one-third of the Earth’s population.”

Cursing the fig tree. Jesus was hungry, but it wasn’t the season for figs. Nevertheless, Jesus cursed a fig tree, and it withered. While we can’t destroy trees with magic, we’ve got the destruction thing figured out. We have herbicide that kills plants. We have chain saws and bulldozers. We have dynamite and hydrogen bombs.

Water to wine. If the point here is wine as a safe drink (ground water can be polluted, and the alcohol in wine reduces the chance of bacterial contamination), modern societies provide safe water and sewers for waste.

Miraculous catch of fish. We can’t catch fish with magic, but modern fishing trawlers do a good job at catching lots of fish. They do perhaps too good a job, and aquaculture now produces as much tonnage as wild capture to reduce humanity’s footprint.

Calming the storm. We can’t stop storms, but we have gotten pretty good at prediction. We’re able to minimize the loss of life from disasters like the 1900 Galveston hurricane. Technology can also warn of tornadoes and tsunamis.

Prophecies. Jesus predicted his death and his second coming, but pause for a moment to consider this quote from Shakespeare:

Glendower: I can call spirits from the vasty deep.
Hotspur: Why, so can I, or so can any man;
But will they come when you do call for them?

Jesus made prophecies, and so can any man, but do they actually come true? His predictions of a second coming within the lifetimes of some witnesses didn’t come to pass. His prediction of his death is part of a story that we have little reason to see as history.

Healing miracles. Jesus did many of these (I explored the healing miracles here). For example, he healed lepers. We don’t heal lepers with magic but with antibiotics. Leprosy is no longer much of a problem, as is the case for smallpox, bubonic plague, and polio.

Jesus cast out demons. We don’t, because we know they don’t cause disease. We can’t cure all illnesses, but we do a better job now that we’re focused on the actual causes.

Jesus restored sight and hearing. Here again, we can’t prevent all such cases or cure all that occur, but medicine has made remarkable improvements in health.

Jesus raised the dead. We don’t use magic, but modern medicine has returned thousands from conditions that just a century ago would be considered “dead.”

What Jesus did was party stunts. From helping God create the universe, he was reduced to doing magic for small audiences and today just appears in toast. Many of his tricks weren’t even all that new. For example, Greek mythology had the Oenotropae who could change water into wine. If Jesus were the real thing, unlike the claims of other religions, he could’ve created a supernova or terraformed Israel to replace deserts with farmland. Or maybe something that would’ve left a record that we could see today.

Some Christians will agree and say that Jesus didn’t come to improve the lot of people on earth but simply to spread his message.

Do not believe me unless I do the works of my Father. But if I do them, even though you do not believe me, believe the works, that you may know and understand that the Father is in me, and I in the Father. (John 10:37–8)

Okay, we can’t duplicate what Jesus did by magic. But everything that has been improved for humanity has been improved by humanity. Even granting for the sake of argument that they happened, technology puts the claimed miracles of Jesus in perspective.

Religion may not be dying just yet,
but it’s sure getting feeble in this age of reason.
— comment at WWJTD blog 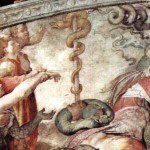 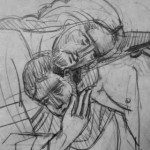