Myth 3: The Fraud Theory. The disciples stole the body and lied about the later appearances of Jesus.

Licona says that no credible scholar holds this view.

I’ll grant that the body-snatchers hypothesis isn’t popular, but that’s only because skeptical scholars find another natural explanation far more likely: that the resurrection developed over time as a legend. Nevertheless, the disciples stealing the body is far more likely than a god creating the universe and everything in it and then 13.7 billion years later going to one galaxy out of billions to find one planet out of billions to visit one tribe for which this whole mess was created.

Christian apologists seem to imagine that they can drop the skeptic into the gospel story at any point and demand a satisfactory alternative ending. Until proven otherwise, none of the gospel is history, and none must be retained in an explanation. Any part of the gospel story could be legend; in fact, it could all be legend.

And let’s pause and consider the credibility of the Christian scholars that Licona relies on. How many hold a job that requires a faith statement? Apologists who point to Christian “scholars” probably don’t give it a second thought, but this is actually fundamental to the credibility of many of these authorities. Licona is himself such an authority. He is an associate professor at Houston Baptist University. As such, he is bound by their faith statement. Licona has already lost jobs when he strayed from the obligation of a faith statement. Since he’s been punished for straying before, why should I believe that he’s following the facts now since this obligation means that he can’t follow the facts objectively? To take just one claim from his faith statement as an example, he is committed to “man was directly created by God.” If he were to declare that humans didn’t evolve from lower animals, that could just be his faith statement talking. How could I believe that was his honest conclusion after following the facts when he knows that he loses his job if he says otherwise?

Licona says, “For the most part, scholars today acknowledge that Jesus’ disciples had experiences that convinced them that Jesus had been raised from the dead and had appeared personally to them.”

Oh? What about Muslim scholars? They have no problem with the supernatural, and they’re happy to accept Jesus as much more than an ordinary man. And yet I’m sure that these scholars universally reject the idea that Jesus resurrected from the dead, regardless of what his disciples might have said or not.

What about historians? While there are plenty of stories of supernatural stories from history—Caesar Augustus being divinely conceived or Merlin the magician able to shapeshift—but these are never categorized as history. In other words, these stories exist, but the stories aren’t true.

Licona seems left only with scholars who are Christians. That non-Christian historians disagree makes this a partisan issue.

Licona: The disciples were willing to die for this, which shows that they didn’t just report it; they believed it. Even if one nut would die for a lie, can you imagine them all doing so?

He undercuts his point by inferring that they all died as martyrs. The idea that all of the Twelve (except Judas and John) died as martyrs comes from Foxe’s Book of Martyrs, first published in 1563. In fact, our best evidence is from Hippolytus of Rome, and he has only seven on his list of disciple martyrs. But even this was written 150 years after the events it claims to document and is therefore next to useless.

The “Who would die for a lie?” argument is popular, mostly because it rhymes, but it crumbles under investigation.

“The disciples were dying for what they knew was true or false. And liars make poor martyrs. So we can know that the disciples actually believed that Jesus had been raised from the dead and had appeared to them.”

“Liars make poor martyrs”? No one (except for apologists like Licona) are saying that anyone deliberately lied. It was a legend. It grew with time by happenstance. There was no individual pulling the levers to control the development of the gospel story. And note how he just assumes the disciples were martyrs when the evidence for any of them being so is scanty.

The characters in the gospel story are marionettes who do whatever the author makes them do. The burden of proof to show that this is history is on the Christian, and this burden hasn’t been met.

Finally, Licona marvels that Paul converted to Christianity. “Since [Paul] had been persecuting Christians and consenting to their execution, it’s inexplicable why he would convert to Christianity and lie about the appearances.”

What’s surprising about someone switching religions? And if there were a lie in Paul’s story, it could easily be about his being a persecutor. Perhaps even in the first century Christians liked to marvel at how sinful they were. Paul would be motivated to show how far he’d come and could conceivably have made up the evil back story recorded in Acts 9.

Myth 4: Hallucinations. The disciples were grief stricken, so maybe they saw hallucinations about Jesus. Or maybe they turned to drink or drugs for solace and this distorted their perception.

Licona: While imagining a lost loved one does happen, only seven percent of grieving seniors experience visual hallucinations.

My initial reaction was to agree that the hallucination hypothesis is farfetched and demand to know what Licona thought was likelier—that some god created the universe and desperately wants a relationship with us but just can’t find the time to connect with us personally? Now, that would be hard to believe.

But it turns out that hallucinations are quite common. Scientific American reported on a study that found that eighty percent of elderly people experienced hallucinations of a dead partner. Bart Ehrman noted that the other kind of hallucination is that of a revered religious figure. Did dead Jesus “appear” to several grieving disciples, and then this story evolved into Jesus physically appearing to many more? Paul admits that his own experience was just of a vision of Jesus, not a bodily appearance. The hallucination hypothesis isn’t so crazy. It’s far more likely than the supernatural alternative.

Licona doesn’t even acknowledge the problem of fallible memories, which he imagines conveying the story accurately through the forty-plus years of oral history. There’s an enormous difference between a vivid memory and an accurate one. (I explore fallible memory here and here.)

What’s the difference between a religion and a myth?
A myth is a religion that no one believes in anymore.
— James Kern Feibleman, paraphrased 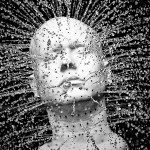 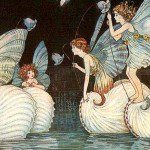