Imagine this conversation between an atheist and a believer.

Atheist: I don’t believe in God but instead think that we’re all here because of blind naturalistic forces.

Christian: Can you prove that? Perhaps there’s no point in even trying because that’s just a statement of faith.

Response: We have scientific evidence!

Christian: And we have historical evidence for the resurrection.

Historians have already evaluated your evidence and rejected it. The resurrection is a religious belief, not a historical one. The historical consensus rejects the supernatural.

And science never proves anything. It’s always provisional. Acceptance of science as a reliable (though imperfect) source of information isn’t a matter of faith. We trust in science because it has earned that trust—contrast that with religion.

Now that’s a faith statement! You’ve already tried and failed to convince historians. You’ve not even convinced Muslims of the resurrection, who are fellow believers in Jesus. Why should I accept your version of the crucifixion story over the Muslims’?

You’ll likely say that Muslims are biased by their beliefs to not follow the evidence, but first show me that this criticism doesn’t apply to you as well.

Myth 6: Apparent Death Theory. Jesus really didn’t die; he just seemed to die, and then he revived in the tomb. This is the swoon theory.

The chance of surviving a crucifixion is very small. Even if taken down from the cross alive (Josephus gives examples of this), the trauma would probably be too much to survive.

Uh, okay. For your next trick, I suggest you analyze the likelihood of the Wicked Witch of the East surviving the fall of Dorothy’s house.

Imposing some subset of the gospel narrative as history and then demanding that the skeptic give a naturalistic explanation is a waste of time. The resurrection is an accretion of legend and history and we’re not sure which is which, but the supernatural explanation isn’t necessary. The God hypothesis adds nothing.

“The problem with the apparent death theory is: there’s not a shred of evidence for it.”

And the problem with the claim that George Washington didn’t fly around with a jet pack is that there’s not a shred of evidence for it, either. There are no testimonies from friends who say he didn’t, and there is no comprehensive inventory of his possessions that convinces us that a jet pack couldn’t have been hidden somewhere or given to a friend when he died.

So must we be agnostic on the jet pack question? Of course not. Common sense helps us out, and we can reject the claim. Similarly, the resurrection would be an incredible, unprecedented event, and all evidence is against it.

Licona apparently wants contemporary evidence to overturn a claim from history. I wonder then what he makes of the claim of the “Eight Witnesses,” eight men who publicly stated that in 1829 they saw and handled the golden plates from which Joseph Smith translated the Book of Mormon. Even after some of them fell out with Joseph Smith and were excommunicated, there is little evidence that they retracted their statement. This statement is in every copy of the Book of Mormon.

The statement of the Eight Witnesses does nothing to increase my belief in the reliability of Joseph Smith’s story, and I don’t need to see any contemporary evidence to undercut it. Is it any different for Licona? If he sees things the same way, what does that say about his demand for evidence supporting the swoon theory? In fact, only his Christian bias prevents him from seeing pretty much any natural alternative as more plausible than a divine resurrection.

“These reasons and some others are why no widely respected scholar in the world today holds or posits that Jesus survived his crucifixion.”

Every Muslim scholar thinks that he wasn’t crucified at all. This suggests that to Licona, “scholar” just means “Christian scholar.” Muslims and atheists need not apply. His brand of scholarship requires an echo chamber with only supportive voices.

Poetry, mythology, and religion represent the world as man would like to have it,
while science represents the world as he gradually comes to discover it.
— Joseph Wood Krutch 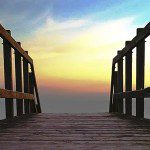 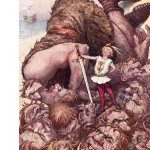