Why Can’t God Follow the Lesson in the Prodigal Son Story Himself? 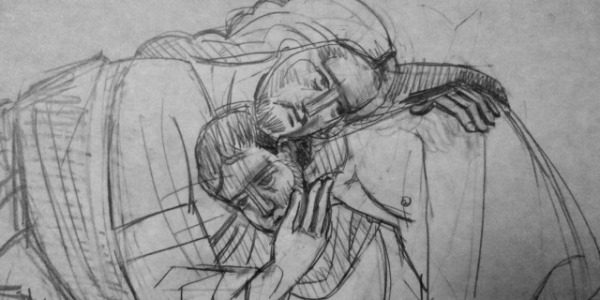 Jesus tells the parable of the Prodigal Son in Luke 15:11–32. We’re all familiar with it—a son demands his share of his inheritance and then runs off to some foreign land and wastes it. Destitute, he finally sees the error of his ways and decides to return. He throws himself on his father’s mercy, but the father forgives him in an instant and celebrates his return.

I’m against much of what the Bible says, but here’s a story that has real value. It has become a universally understood metaphor in Western civilization, but the Bible is an odd place to find it. Perhaps God might do well by reading it and resetting his own moral compass by its wisdom.

By contrast, the Old Testament has many one-strike-and-you’re-out stories about God. For example, Uzzah touched the Ark of the Covenant to steady it when the oxen stumbled, but God zapped him dead (1 Chronicles 13:9–10). There’s Onan, who didn’t want to impregnate his sister-in-law and “spilled his seed” (Genesis 38:8-10). Don’t forget that poor schlub who picked up sticks on the Sabbath (Numbers 15:32–6). And, of course, Adam and Eve when they ate the forbidden fruit.

This isn’t the “compassionate and gracious, slow to anger, abounding in love” God that other parts of the Bible imagine (Psalm 103:8). God has a short fuse and isn’t at all forgiving, quite the opposite of the father in the parable.

If the moral of the parable is that we need to forgive, even after we’ve been grossly wronged, why can’t God set the example? Is he drunk with power, a deity who can do whatever the heck he likes? That’s the message from Job.

Some apologists will argue that it’s ridiculous to try to understand God’s actions with our puny minds. So what if God’s approach makes no sense? God is inscrutable and we should just assume that whatever God does is good and right by definition. The first problem is that this presupposes God and interprets the facts to fit. The second is that Christians who opt for this route must avoid labels for God that pretend that they do understand his actions, like “just” or “good.”

Imagine a Christian responding to something bad happening by saying that we simple humans can’t understand God’s reasoning. But when something good happens, of course, that same Christian is certain that he understands God’s thought process. I got the new job; the Americans conquer Iraq; a single baby is found alive in a crashed airplane—God’s generosity is boundless and his purpose is clear!

But to get back to the point, why does God not follow the example of the father in the Prodigal Son parable? If we’ve wronged God, why can’t he just forgive us with no strings attached?

In fact, he does! God says of the people of Israel, “I will forgive their wickedness and will remember their sins no more” (Jeremiah 31:34). He says something almost identical in Isaiah 43:25. One wonders then why the song and dance about Jesus dying for our sins.

Incredibly, I’ve heard apologists try to justify the Prodigal Son story by saying that the moral of the story isn’t that generous forgiveness is a good thing. No, the point of the story is that you must ask for forgiveness (like Christians must ask God). They sacrifice a noble story to try to salvage the logic of their religion. Sad.

During the upcoming Easter season, why imagine that a human sacrifice must be given to appease a savage Bronze Age deity? Let’s see the Prodigal Son story as a far more healthy response to being wronged. 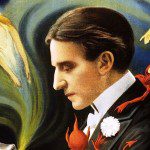 February 29, 2016
Jesus Magic? Not Impressive Compared to What Technology Gives Us.
Next Post 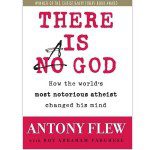