Why Is Christianity Conservative? Shouldn’t it Be Leading the Charge for Change?

Why Is Christianity Conservative? Shouldn’t it Be Leading the Charge for Change? April 20, 2016 Bob Seidensticker

Why is Christianity conservative? (By conservative, I mean “believing in the value of established and traditional practices in politics and society,” as defined by Merriam-Webster.)

On one hand, it’s obvious why a religion would be conservative. Religions preserve a particular social order. They’re like many other institutions or movements that want constancy in a particular area of society like the Freemasons or other fraternal organizations, the National Wildlife Federation or other nature conservation organizations, a constitution, proponents of a traditional language or culture, or labor unions.

A religion like Christianity has a particular need to be conservative and reject new ideas since they already have the perfect plan given by a perfect source.

On the other hand, Christianity in many ways welcomes change. Many Christians feel free to declare other church leaders or traditions to be heretical. Christianity is the opposite of conservative when you consider its 45,000 denominations, which are expected to grow to 70,000 by 2050. But then every new denomination becomes a stake in the ground, a conservative position that must be defended, a hill to die on.

Where does social change come from?

I’ll grant that Christianity can’t embrace every crazy new social fad. But Christianity isn’t an ordinary institution; it’s supposed to be the only one that comes from God. It’s perfect. So it should know what the correct moral response is. It should be leading the parade and giving us the bitter but necessary medicine to make society a better place on a dozen important issues.

But it doesn’t work that way. Why does the church make no moral commands that we moderns find shockingly advanced? The shocking thing is when their position is too backwards, making the Bible look like just another ancient book.

Imagine our descendants in a future society. They will probably have adopted additional social changes. Whatever these changes are, can you imagine Christianity driving the change? It never has in the past: give me one example where Christianity led a reluctant society through a social change that is now almost universally accepted.

I’m sure the institution of slavery will spring to mind for some readers (William Wilberforce and all that), but Old Testament slavery was the same as American slavery, and the Bible gives more support for the slave owner than the abolitionist. If any other counterexamples come to mind, I’ll also want to see that (1) Jesus unambiguously advocated for this position and (2) the early church advocated for this position. Rejection of slavery or polygamy? Prohibition? Civil rights for minorities, immigrants, and women? Education rather than work for children? Laws against mixed-race marriages? Why did society have to inform the church the correct path on these issues?

1. Christians and Christian movements have been the drivers of change on many of these issues!

Christians and Christian movements have been on both sides of these issues, giving no clear Christian position. We don’t see clear guidance from Jesus, and these are modern concerns, not ones that the Christian church understood since its earliest days.

Take one specific example: the U.S. Equal Pay Act of 1963 that abolished pay differences based on sex. There might have been Christians in favor of it primarily for biblical reasons, but that’s not what we’re looking for. There was no unified voice pushing for this from Christians and their churches, raising the issue when the majority of society didn’t even know there was a problem. That’s what you’d need to argue that Christianity did indeed have the one correct moral viewpoint.

The major social changes we’ve touched on—abolition, civil rights, and so on—happened more than a thousand years after the early church. The push for change often came from Christians, but these Christians weren’t simply pointing out truths that were plainly in the Bible all along. Christians advocating for change on these issues were not acting as students of the Bible; rather, they were products of the Enlightenment and modernity.

2. Perhaps Old Testament morality and modern morality are both right. God might simply be waiting for us to mature so that we can accept more demanding moral standards.

This argument is just an attempt to explain away the immorality we find in the Old Testament.

Yet again, I’m looking for evidence of the church on the cutting edge of social change. For example, imagine that the Baptist Church declared slavery immoral long before all Americans were ready for it, and then all other denominations quickly supported that position. (History records that the Quaker church was a vocal opponent to slavery in the late 1600s, but it was a voice in the wilderness. The Baptist church split over the issue of slavery, and the Southern Baptist Church apologized for its pro-slavery origin only in 1995.)

Same-sex marriage will be an interesting example to watch. Opponents of SSM say that their church’s rejection is justified, just like supporters of the Catholic Church will say that its stand against contraception is justified. But this isn’t social change, it’s just social conservativism.

I predict that in a couple of decades, SSM will be accepted and uncontroversial. Churches will be pointing to the bold few Christian martyrs who supported it in the early days, trying to recast history to show their church as a pioneer. But we return to the question, Why did the church not lead the charge? Why is the church conservative on social issues, not progressive?

See also: “Is America the Greatest Country in the World? A Rant.”

The American Jesus is more a pawn than a king,
pushed around in a complex game of cultural (and countercultural) chess,
sacrificed here for this cause and there for another.
— Stephen Prothero, American Jesus 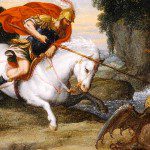 April 18, 2016
A Simple Thought Experiment Defeats Claim that Bible Is Accurate
Next Post 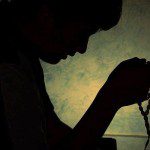