Will No One Hold John Hagee to Account? The Bible Says, “That Prophet Shall Die.”

Will No One Hold John Hagee to Account? The Bible Says, “That Prophet Shall Die.” April 14, 2016 Bob Seidensticker

John Hagee is that car crash you know you should turn away from but still find fascinating. It’s been half a year since his vacuous claims about the invented concept of the four blood moons. Hagee said, without evidence, “God is literally screaming at the world, ‘I’m coming soon,’ ” and “The coming four blood moons points to a world-shaking event that will happen between April 2014 and October 2015.”

And yet we’re still here, with the earth spinning pretty much like it did before the dreaded blood moons. Unsurprisingly, no world-shaking event happened. I’m not surprised that Hagee didn’t have the courage to admit his error. What did surprise me, though, is that he didn’t simply ignore reality and declare victory. That’s what the Seventh-day Adventist Church did when it formed out of the ashes of the Millerite movement and its embarrassing prediction of the end of the world in 1844. That’s what the Jehovah’s Witnesses did after the failure of their prediction that the world as we knew it would end in 1914.

Instead, Hagee is just proceeding as if nothing happened, as if milking this two-year prediction to its decrepit close and then moving on is simply what a televangelist does.

Pythia, the Oracle of Delphi

Let’s compare Hagee with another famous prophet. The Oracle of Delphi, just one of many oracles in Ancient Greece, was an institution for over a thousand years. The priestess holding the position “was without doubt the most powerful woman of the classical world” (Wikipedia).

When Athens saw the mighty Persian army advancing in 480 BCE, held only briefly at Thermopylae, the Oracle famously told Athens that a “wooden wall” would save them. But what did that mean? A literal wooden wall? A forest? They decided instead that it meant their fleet of wooden triremes, and their naval action was indeed key to turning back the Persians.

At worst, the prophet takes the blame and the Bible that he pointed to as his source is untouched. And yet when does a modern prophet ever take any blame?

Jim Bakker has also been riding the blood-moon gravy train. Ten weeks after the fourth moon fizzle, he said, “People, it’s all happening, but we’re not looking.” He needs to keep the flock in fear so that they keep buying his buckets of end times provisions.

Another prophet gobbling up scraps from the blood moons flop is Jonathan Cahn. His angle was that the last year in the seven-year Jewish cycle, the Shemitah year, ended near the fourth blood moon (more or less), and that this presaged a financial collapse. But Cahn can’t say those three little words that are difficult for so many men, “I was wrong,” and he doubled down on his claim in the aftermath. He declared victory by arguing that worldwide financial markets in 2015 had the worst performance … since 2008.

That’s it? That’s his world-ending event that God is eager to tell us about?

What’s up with Hagee? At his web site, there is nothing about picking up the pieces after the chaos from the blood moon or even reading the entrails to see what God was trying to tell us. We find no declaration of victory, no admission that he was wrong, or (and this is the really surprising one) any offer to compensate people who bought his book, sat through his movie, or made any financial donation due to the blood moons hysteria. Immediately after the final blood moon, he tried to change the subject by flogging a new book.

John Hagee, Inc. is back to normal, and all we find at the site are upcoming conferences, rallies, and tours; invitations to prayer requests; pleas for money; and encouragement to shop at the online store.

Hagee has lost all credibility to any thoughtful person. You don’t get more than one chance. Even the Bible agrees:

The prophet who speaks a word presumptuously in My name which I have not commanded him to speak, or which he speaks in the name of other gods, that prophet shall die. (Deuteronomy 18:20)

But Hagee is simply un-embarrassable. The true tragedy is that the rubes in his flock let him get away with it.

One silver lining of the prophecy insanity is watching the various end times prophets go at each other. Jennifer LeClaire, senior editor of Charisma magazine, sees the lack of accountability as in Hagee’s case with about as much disdain as I do. Though she might then turn around and play up some other groundless prophecy herself, on this point she’s on target.

I’ll celebrate this rare moment of concord by giving her the last word—remember, this is from the Christian editor of a magazine devoted to Christian prophecy:

Why do we make excuses for these prophets? Why is there no repentance? No apology? No accountability? …

Men occasionally stumble over the truth,
but most of them pick themselves up and hurry off
as if nothing had happened.
— Winston Churchill 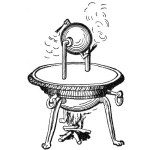 April 11, 2016
How Christianity Retarded Modern Society by 1500 Years
Next Post 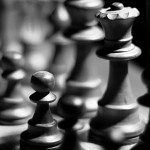 April 16, 2016 God ♥ Genocide
Recent Comments
89 Comments | Leave a Comment
Browse Our Archives
get the latest from
Cross Examined
Sign up for our newsletter
POPULAR AT PATHEOS Nonreligious
1