A Biblical Foundation for American Freedoms?

I have no problem with someone admiring the Ten Commandments from a Christian standpoint. It’s an important part of the Old Testament story. The problem is when that admiration moves the Ten Commandments from holding sway in the religious domain to being relevant in society, public policy, laws, and the like. Consider this critique for example: “Has there ever been a more perfect and concise moral code than the one Moses brought down from the mountain?” (I respond here.)

The Ten Commandments and biblical governance in general are at odds with the things that Americans value about America.

What do the Ten Commandments say?

Let’s ignore the confusion about what the Ten Commandments say and use the Exodus 20 version. The first four commandments (no other gods, no blasphemy, no artwork, keep the Sabbath holy) are in violation of our freedom of religion (or no religion at all) and our freedom of speech. We’re told that God punishes “the children for the sin of the parents to the third and fourth generation”—also unthinkable in modern secular society.

Commandments 6, 8, and 9 (no murder, no stealing, no lying) are indeed laws in America, though we never needed the Ten Commandments to inform us of the importance of such laws. Indeed, the Egyptian Papyrus of Ani (1250 BCE) and the Code of Hammurabi (1772 BCE) show that biblical morality didn’t break much new ground.

Commandments 5 and 10 (honor your parents, no coveting) can be great advice. But surely we wouldn’t demand a blanket respect of abusive parents who didn’t deserve the honor. And where is the boundary between corrosive coveting and capitalism?

Another difference with the Constitution is that the penalty for breaking the Ten Commandments is death—not just for murder but also for worshiping another god or blasphemy. And this isn’t something that the Christian can dismiss as no longer relevant: “The grass withers and the flowers fall, but the word of the Lord stands forever” (1 Peter 1:24–5).

What does the Constitution say?

Contrast biblical law with the rights given to us by the U.S. Constitution. As you read the highlights below, consider how most of these vital elements of government and society are either opposed to what the Bible says or uninteresting from the Bible’s standpoint.

Historical revisionists enjoy assigning credit for some of these constitutional ideas to the Bible. Can they be serious?

Democracy, limited government, freedom of religion and speech, right to a jury trial, prohibition against slavery—not only did these not come from the Bible, but most of them conflict with the Bible. In fact, the very reason that the Ten Commandments (and any other religious document) are welcome in the United States is because of the Constitution’s protection of religion.

How do we know that these fundamental rights didn’t come from Christianity? Because when Christianity was in charge, society didn’t have them! Of course, that doesn’t mean that the Bible’s definition of a working society was wrong, just that it’s different from that defined by the Constitution (history revisionists like David Barton, take note).

Those who laud the Ten Commandments as the most sublime wisdom ever written must keep in mind that the U.S. Constitution takes us in a very different direction. An incompatible direction. And, I submit, a far better direction. 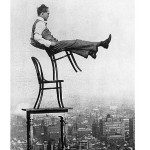 May 27, 2016
When a Contradictory Bible Is a Good Thing
Next Post 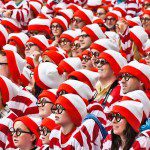