Do Souls Exist? Science Says No. 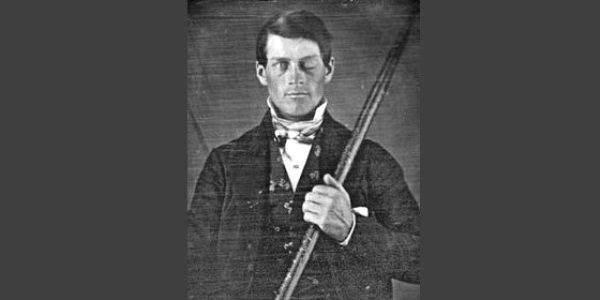 This photo is of Phineas Gage, a railroad worker who, in 1848, was tamping down black powder with an iron rod when the powder exploded and shot the rod through his head, coming in under his left cheekbone and out the top. This picture shows him with the rod, his “constant companion.” (To see his skull and a recreation of where the rod went, go here.)

What happens when much of the left frontal lobe of a person’s brain is destroyed? Gage was one of the first examples by which modern medicine saw how cognition and personality—what we think of as the mind—are connected to the physical brain.

Modern science has continued to find connections between various parts of the brain and different functions, and the mind is often defined as simply what the brain does. For example, Henry Molaison had part of his brain surgically removed in 1953 to treat epilepsy. An unintended consequence of the surgery was a type of amnesia in which he could remember events before the operation, but he couldn’t form new memories.

Another example is Clive Wearing, a British musicologist who got amnesia from encephalitis in 1985. His long term memory is poor, and he can’t remember new events for more than half a minute. He feels like he is continually waking up. He can still play the piano, though he has no recollection of ever being taught.

Then there’s Klüver-Bucy Syndrome, the rare result of some kinds of brain damage from surgery or disease. Or aphasia, the loss of the ability to speak, which usually comes from strokes. Or the kinds of personality and memory loss caused by Alzheimer’s and other kinds of dementia. Or even prions, the misshapen proteins that cause BSE (“mad cow disease”) in cattle and similar degenerative brain diseases in humans. These are all examples of the “mind” being changed due to physical damage to the brain.

The “mind” is a useful idea, but this close connection between the brain and mental function leaves no room for a physical mind—something separate from the brain—to hide. The same is true for the soul. It’s a useful word to refer to someone’s essence or moral character, but there is no evidence that the soul exists as anything more than an abstract concept.

The brain behaves exactly as if it’s all that there is, not that it is simply the shoebox in which the soul is stored. How could an injury to the shoebox affect its contents, when the soul is immutable and will be good as new in heaven?

When you change your mind, the old opinion doesn’t go anywhere, it just stops existing in your mind. Why should the soul be any different?

What does physics say?

Physics isn’t a field that usually has much to say about the soul, but a video by physicist Sean M. Carroll of CalTech makes the intriguing argument that physics shows that souls don’t exist.

There’s plenty of physics that we don’t yet understand, he says, but the physics of our Newtonian world is all understood. For example, you don’t need to understand string theory to work in chemistry. Any physics that operates in our world would be known to us by now, which leaves no room for the supernatural.

Everyday physics is understood. We’re done. It’s nothing more than quarks, mass, and the fundamental forces.

The physics that remains are non-everyday physics (dark matter, dark energy, quantum gravity, origin of the universe, etc.) and complicated systems that are the result of the understood physics (superconductivity, turbulence, cancer, consciousness, etc.).

Compare physics with chess. Knowing the rules of chess doesn’t make you a grandmaster, but it does constrain the kinds of games you can play. Any games in which the pawn moves like a queen, for example, can be simply ruled out.

In physics, we know the rules of the everyday world, and this constrains the kinds of things that make sense. We know enough to simply rule out astrology, claims of clairvoyance, ESP, life after death, homeopathy, and other supernatural claims. If these claims were true, we would know that already. If you claim that a soul exists and lives on in the afterlife, tell us the physics by which the soul moves to the afterlife.

The ideas that the soul actually exists and that the mind is separate from the brain belong back to the time when demons were said to cause mental illness.

What is freedom of expression?
Without the freedom to offend,
it ceases to exist.
— Salman Rushdie 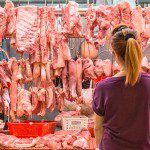 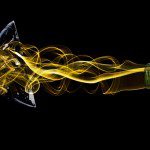 May 16, 2016 “I Just Believe in One Less God Than You Do”: an Atheist Fallacy?
Recent Comments
437 Comments | Leave a Comment
Browse Our Archives
get the latest updates from
Cross Examined
and the Patheos
Nonreligious
Channel
POPULAR AT PATHEOS Nonreligious
1