“Colorless Green Ideas Sleep Furiously” as Reasonable as the Trinity 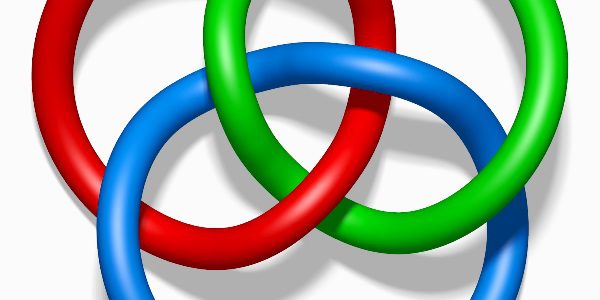 Linguist Noam Chomsky suggested “Colorless green ideas sleep furiously” as an example of a sentence that is grammatically correct but logically ridiculous, but it is no more ridiculous than the Trinity.

The Christian doctrine of the Trinity claims one God in three persons. The Catholic Encyclopedia defines it this way: “In the unity of the Godhead there are Three Persons, the Father, the Son, and the Holy Spirit, these Three Persons being truly distinct one from another.”

Unity but also distinct? Three but also one? That makes no sense, so let’s go to the source and read about it in the Bible.

And the Bible says …

Though the Trinity is one of the most fundamental doctrines of Christianity, the Bible says nothing about it directly. Did Paul and the apostles define God in a trinitarian fashion? Nope. If the Trinity is essential to a proper understanding of Christianity as the modern church claims, the ancients’ silence on the matter makes clear that it is a later invention.

That’s not to say that one can’t use the Bible to form arguments in favor of various relationships between God, Jesus, and the Holy Spirit. Several interpretations competed in the early centuries of the church.

These are all plausible interpretations, justifiable with Bible passages, but they are heresies today. It took about two centuries for the doctrine of the Trinity to enter the debate (through Tertullian), and it took almost two more centuries of haggling for the doctrine to mature into its present form and sweep away its competitors at the First Council of Constantinople (381).

While still a cardinal, the man who would become Pope Benedict XVI was asked if he was bothered by many Catholics ignoring papal dictates. He said that he was not, because “truth is not determined by a majority vote.” But a majority vote is exactly how doctrines like the Trinity came into being.

You know how I said that the Bible says nothing directly about the Trinity? For completeness, we should address this:

For there are three that testify in heaven: the Father, the Word and the Holy Spirit, and these three are one. (1 John 5:7)

The part in italics is called the Comma Johanneum (a “comma” is a short clause). The oldest and most reliable manuscripts do not show the Comma. It appears first in a few seventh-century Latin manuscripts and only centuries later in Greek manuscripts. Unlike much of the rest of the New Testament, it doesn’t appear in the letters of early church fathers, many of whom would’ve delighted to support their position with such a quote.

It is agreed by scholars to be a later addition to the original.

Lots of analogies have been proposed for the Trinity. Maybe it’s like water, which has the three states of solid, liquid, and gas. Or like a person who can be spouse, parent, and employer. But this is modalism—God acts in different modes at different times.

Okay, then maybe it’s like an egg, which has shell, white, and yolk. Or like time, which has past, present, and future. Or like the Borromean rings above—three unlinked rings that make a linked whole only when all three rings are present. But this is Partialism, the heretical claim that the three persons of God are three separate parts.

[The Trinity] is the claim that the one entity we call God comprises three persons. That is no more illogical than saying that one geometrical figure which we call a triangle is comprised of three angles. Three angles in one figure. Three persons in one being.

Given the clear history of conflict on this question and the many discarded explanations, you’d think that heretical analogies wouldn’t be offered.

Many careful Christians simply say that it’s a mystery and admit that we can’t understand it. Contrast that with the monotheism celebrated by Islam. The shahadah, the basic creed of Islam, says, “There are no deities but Allah, and Mohammed is his prophet”—simple and unambiguous.

A few questions raised by the Trinity doctrine

Instead of the convoluted and unintelligible Trinity, why not simply embrace the polytheism? My guess is that first-century Christians so valued Jewish monotheism that this tenet couldn’t be dropped. As the stature of Jesus increased over time, from a good man adopted as messiah by God (as told in Mark) to a being who was there at the beginning (John 1:1), they were stuck with fitting the square peg of the divinity of Jesus into the round hole of monotheism.

Why not then have a duality, Yahweh + Jesus? The problem is that two is the number for male and female, which was not the symbolism they were going for. Perhaps the Holy Spirit, initially just a bit player or merely a synonym for God, was elevated into the Trinity. And even this is flexible. While the idea of Mary as Co-redemptrix is not Catholic doctrine, it has threatened to become so at various periods in the church’s history.

And now let us close …

The typical Christian response to a contradiction is to find a way to make both claims true. This is never clearer than with the Trinity. The Bible says that there is one god, but it also says that Jesus existed since the beginning of time. So they must both be true! But what first-century Christian would rationalize this with the doctrine of the Trinity?

Or, take this from the other direction. Explain the Trinity to first-century Christians and ask if that matches their understanding. If you imagine that they do, you have a new problem: why the vitally important doctrine of the Trinity wasn’t explained in the New Testament. And if they don’t, then why is the Trinity dogma today?

The Trinity is a Christian mystery—something that can’t be explained by reason alone. A supernatural explanation is necessary. (This raises the question: If it doesn’t make sense, why accept it? But let’s set that aside.) Apologists often admit that they will just have to ask God about it when they get to heaven.

That humility is laudable, but how about some of that in other areas? If you don’t trust yourself to make sense of the Trinity, why imagine that you correctly understand God’s position on polygamy, slavery, and genocide when the Old Testament gives clear support for them? Why imagine that your evaluation of abortion and gay marriage is correct when the Bible doesn’t address these topics directly?

If only the Trinity were a frequent reminder for Christians to be humble in their claims, it would be valuable for everyone.

See also: “God Has Many Names, But Do We Need One More?”

It is too late in the day for men of sincerity
to pretend they believe in the Platonic mysticism
that three are one and one is three,
and yet, that the one is not three, and the three are not one.
— Thomas Jefferson (letter to John Adams, 1813) 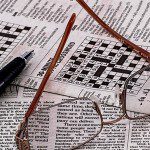 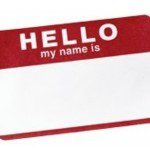 July 25, 2016 What Does “God” Mean? The Answer Undercuts the Concept of the Trinity.
Recent Comments
172 Comments | Leave a Comment
Browse Our Archives
get the latest from
Cross Examined
Sign up for our newsletter
POPULAR AT PATHEOS Nonreligious
1