Avalon has supported this blog since its earliest days (and before, when I had a small corner of apologetics.com), generous both with comments and the occasional correction. He is today’s guest blogger. 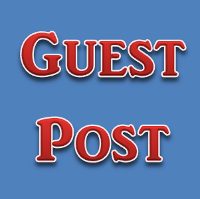 To say that there are objective moral values is to say that something is right or wrong independently of whether anybody believes it to be so.

We may safely replace the definition of a word for the word itself without altering the meaning of a sentence. Let’s do so now to clarify the argument:

I take issue with #2. It is not self-evident that values and duties independent from what anyone believes do exist. Since every example of objective moral values Dr. Craig uses (Nazis, murder, rape, torturing babies for fun, etc. …) is in agreement with what everyone believes, I submit that they are not independent from human belief.

Therefore, I submit the following argument:

Dr. Craig goes on to explain,

It is to say, for example, that Nazi anti-Semitism was morally wrong, even though the Nazis who carried out the Holocaust thought that it was good; and it would still be wrong even if the Nazis had won World War II and succeeded in exterminating or brainwashing everybody who disagreed with them.

Note that Dr. Craig has chosen an example of near universal agreement. How is it that Dr. Craig knows that the Nazis were objectively wrong? Isn’t it because everyone (except Nazis) agrees with him? This merely endorses his opinion that the consensus view is objectively true. But he’s just said that what we believe (individually, collectively, or universally) is irrelevant to the actual truth of the matter. Why rely on the consensus view to support your claim of objectivity? Is it just his intuition?

Suppose Dr. Craig’s scenario actually happened and everyone was brainwashed. Assuming a good brainwashing leaves no trace of your former beliefs and no memory of being changed, what position would Dr. Craig hold in this post-brainwashed world? Would he not point to what everyone (now) knows as evidence for the Nazis being objectively right? What makes the consensus view objectively right before we’re all brainwashed, but objectively wrong after we’re all brainwashed? According to Dr. Craig’s definition, where our beliefs are irrelevant, isn’t it entirely possible that our near universal beliefs were entirely wrong beforehand and the act of brainwashing simply put us onto the objective truth? Does Dr. Craig think his intuition remains unchanged after being brainwashed?

If Dr. Craig believes his own argument (values and duties independent from what anyone believes do exist) then why doesn’t he provide an example? He’s had opportunities to do so, yet he never appeals to his own argument.

For example, when asked about the Canaanite genocide that God ordered, Dr. Craig could simply reply that that was the objectively right thing to do even though we all believe it was wrong. But he doesn’t. Instead, he abandons all objective morality and cites many other, subjective moral theories (ones he supposedly rejects). These include cultural differences (“our moral sensibilities in the West”), upbringing (“shaped by our Judeo-Christian heritage, which has taught us…”), and consequentialism (“the death of these children was actually their salvation”). All of these reasons indicate someone who believes in the subjective nature of moral values rooted in what we all collectively believe about them.

The same is true when confronted with the problem of evil. Dr. Craig could say that we may perceive evil in this world, but we’re all wrong and it’s all objectively good. But he doesn’t. Instead he jumps right back on the subjectivist bandwagon and becomes a consequentialist when he says:

What I am simply saying is that God’s aims in this life, in this world, are for a maximum number of people to come to know God and His salvation as fully as possible. And it is possible that that would not be achieved in a world that did not involve as much suffering and evil as this world does. Far from being counter-intuitive, I find that very plausible. In fact, I have recently done a study, using a missions handbook, of nations of the world in which there has been intense suffering, and what I found over and over again is that it is in precisely those nations that evangelical Christianity is experiencing its most rapid and sustained growth.

So, in his mind, it’s not that what we perceive as evil is actually an objective good. We’re right again and it’s really evil, but it’s just a means to a greater good.

So here’s the challenge to any objective moralist who agrees with Craig’s definition: give me one example of an objective good that everyone believes is wrong, some basic act that we all believe is evil, but is independently (that is objectively) good despite what anybody believes.

If objective moral values are always identical to our consensus beliefs then their independence is irrelevant. We are then perfectly capable of determining moral values by a consensus of belief and no outside source (God) is necessary. 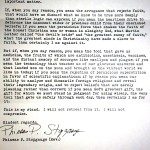 July 9, 2016
Is This Letter a Powerful Defense of Reason? Or Christian Hypocrisy?
Next Post 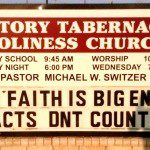 July 13, 2016 Faith, the Other F-Word
Recent Comments
437 Comments | Leave a Comment
"I hadn't heard about Behe. Do you have a source?"
Bob Seidensticker Saving Haeckel: why “ontogeny recapitulates phylogeny” ..."
"Well, no. There's banning for not staying on topic after multiple warnings.Bazinga."
Bob Seidensticker Is God the good guy or ..."
"So, you'd rather nobody's at the switch than an insane person? Me, too."
Bob Seidensticker Christians who just don’t get it
"You make so danged many clever observations that you probably just forgot.https://www.patheos.com/blo..."
Bob Seidensticker Christians who just don’t get it
Browse Our Archives
get the latest updates from
Cross Examined
and the Patheos
Nonreligious
Channel
POPULAR AT PATHEOS Nonreligious
1